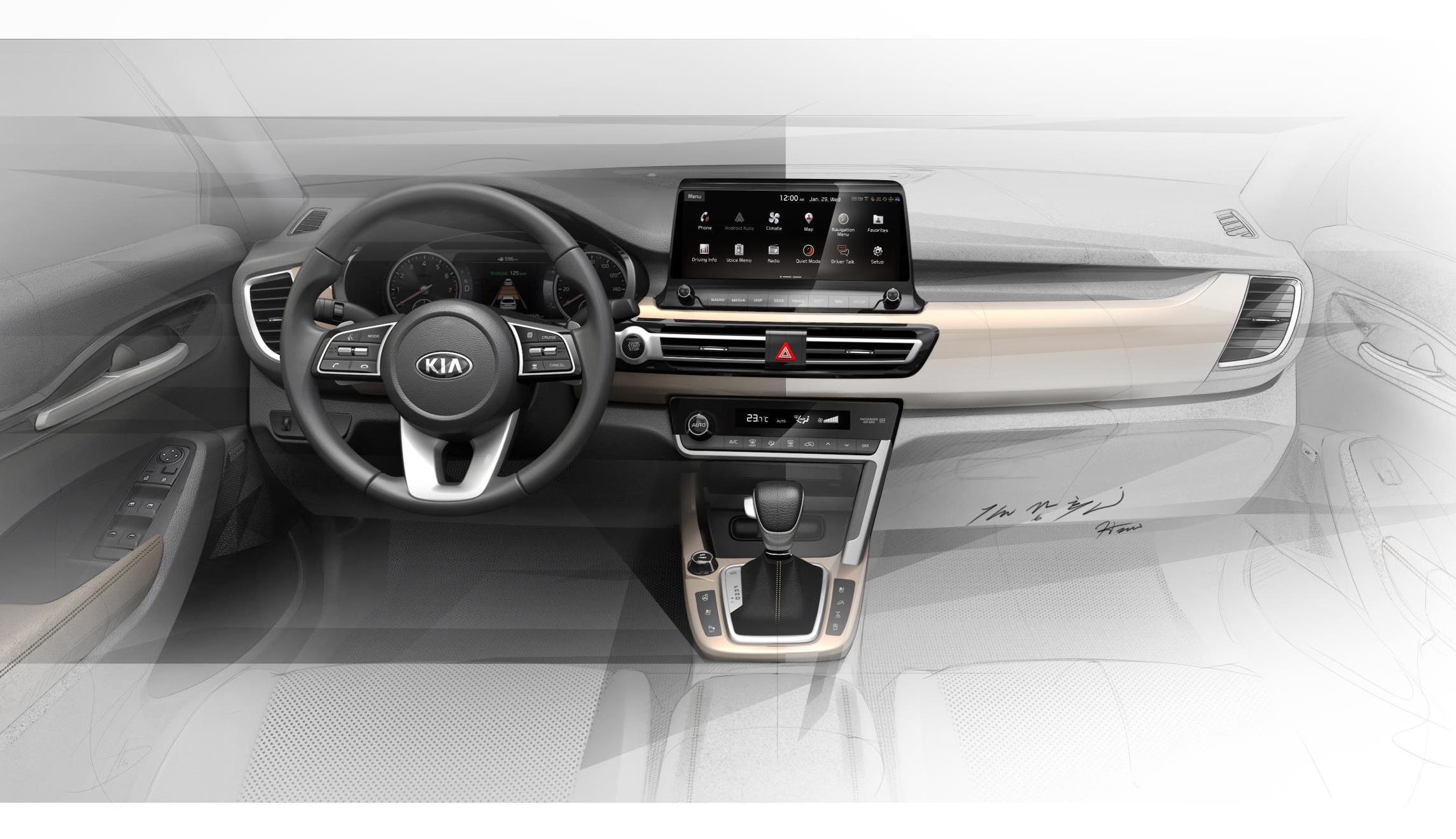 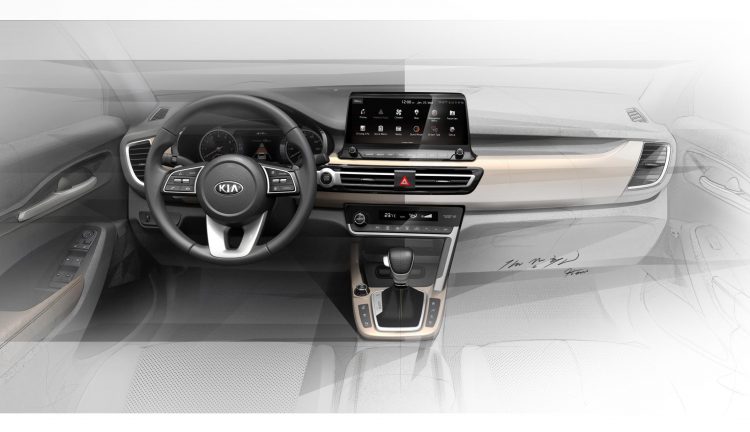 More specifically, the sketches preview the all-new small SUV which is coming later this year. As you can see, Kia is going to be sticking to its practicality focus in the future, which is a good thing. But, some personality is also thrown in thanks to metallic highlights, a sweeping dash shape, and a grab bar for the front passenger for that active and energetic feel.

Sitting front and centre on the dash is a new 10.25-inch touch-screen, which is merged elegantly with the dash design. This is the main hub for all of the on-board media and navigation systems, and likely packing Android Auto and Apple CarPlay. Sitting below this is the climate control module. Speaking about the design, Byung Chul Juh, Kia’s styling boss, said:

“We have focused on designing a cabin unlike any other in the small SUV segment, with a greater sense of depth and richness to the design. Our newest model will offer greater pleasure and satisfaction to our customers, with a premium-quality interior that benefits from sophisticated design details.” 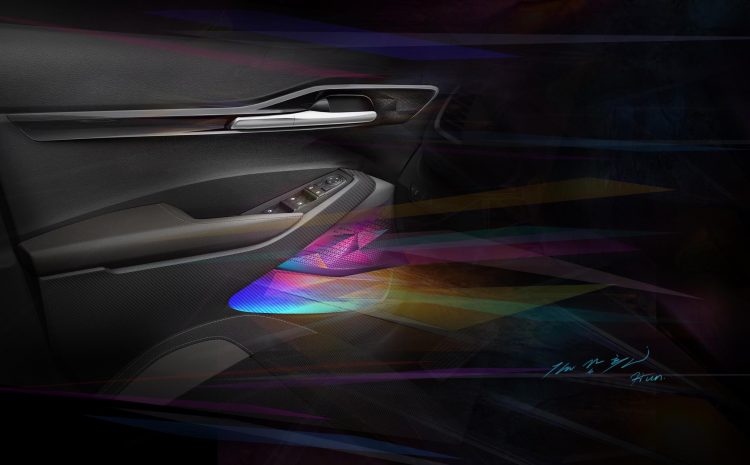 The new small SUV will be aimed at youthful, tech-savvy consumers, Kia says, and those looking for something that is user friendly although showcasing a bold design. We suspect it will borrow the platform and powertrains from the new Hyundai Venue or the slightly larger Hyundai Kona. The name of the SUV is yet to be confirmed, however, we noticed the official press images were titled ‘SP2’, carrying on from the SP concept car name.

Kia doesn’t currently offer a small SUV to take on the likes of the Mazda CX-3 and Toyota C-HR. This new model will certainly shake up the field. The company has previously confirmed it will go on sale in Australia later this year, following an unveiling mid-year.