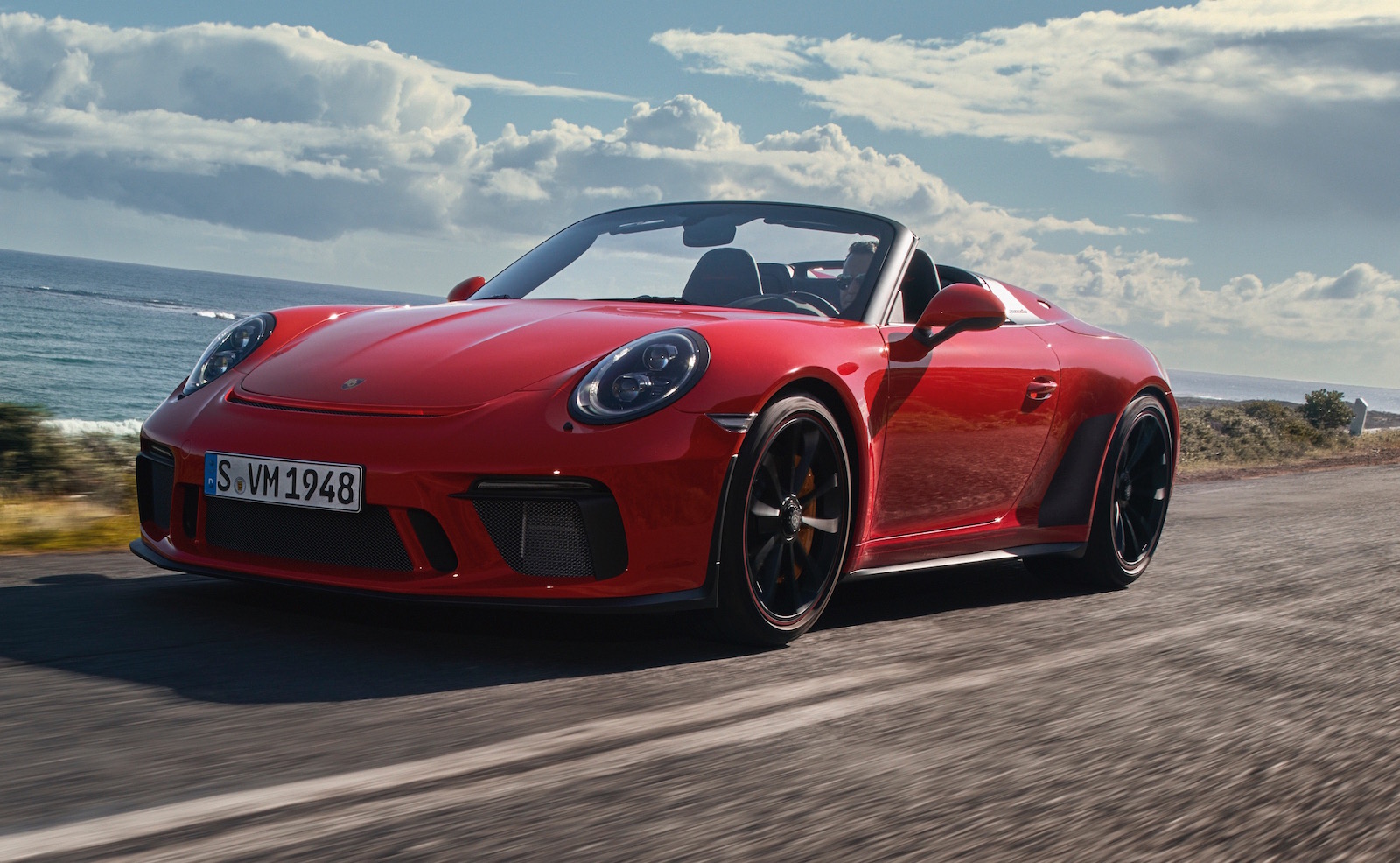 The seductively sexy Porsche 911 Speedster is back. Porsche is unveiling the new model at the 2019 New York International Auto Show this week, adopting the sleeker lines of the 992-generation 911. 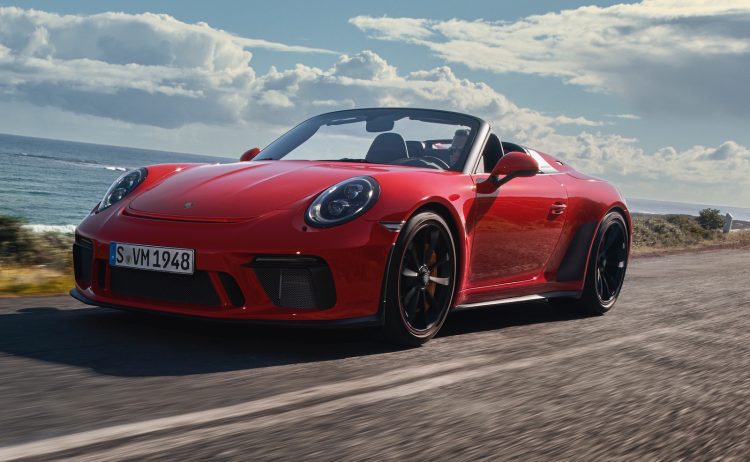 Porsche says the new, 2019 911 Speedster is the first of such model to be developed by the Porsche Motorsport department. However, despite its hardcore character the new Speedster is still instantly recognisable as a bespoke, lower-profile model.

There’s a low-cut windscreen at the front and the side windows are lowered to match, while the roof adopts a manual lift-back design with a fabric cover, following tradition. A distinctive ‘double-bubble’ cover sits behind the cabin, also following tradition for the Speedster.

To help with performance this rear lid is made from carbon fibre, as are the front guards and bonnet. Additionally, both the front and rear bumper bar fascias are made from lightweight polyurethane. There’s also ceramic composite brakes which are around 50 per cent lighter than the regular grey cast-iron rotors.

Air-conditioning doesn’t come as standard although buyers can have it fitted as a no-cost option. The focus on weight reduction even goes as far as the transmission. Porsche employs a six-speed manual over the regular seven-speed manual, which it says is 4kg lighter, and almost 18kg lighter than the PDK dual-clutch auto. 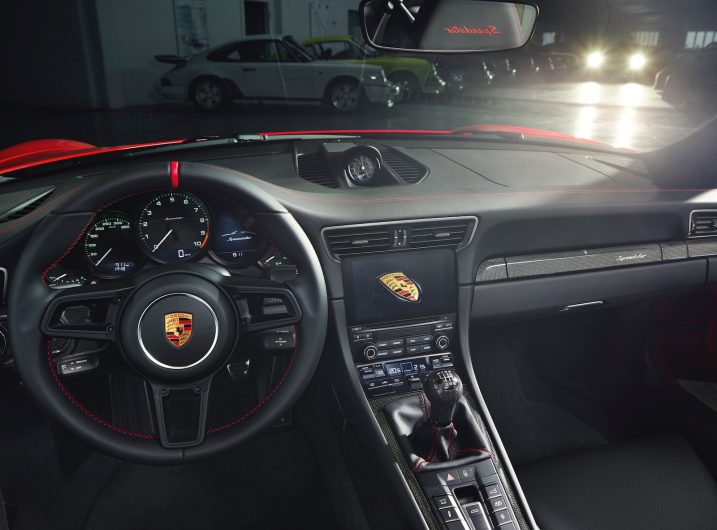 Inside, the 2019 Porsche 911 Speedster is all about the “essentials of driving,” the company says. Some weight reduction has been applied in here too, including lightweight door panels with storage nets and door pulls in place of the conventional door cards. The driver uses a GT Sport steering wheel which features a red mark at the 12 o’clock position, while the decorative trims are carbon fibre, including for the door sill plates, gear shifter and dash and centre console trim.

Okay, enough about the cosmetics and weight optimisation, what sits in the engine compartment? It’s a 4.0-litre naturally aspirated flat-six engine taken from the GT3. It’s capable of revving to 9000rpm, and produces 368kW and 470Nm. Across the 0-60mph (97km/h) sprint, the clock stops in a claimed 3.8 seconds. This means it offers about the same acceleration as the standard GT3, which does 0-100km/h in a claimed 3.9 seconds.

Porsche Australia confirms the new Speedster will go on sale locally in May. Prices and delivery timing will be confirmed then. As a bonus, buyers receive a unique wrist watch to match their order, featuring Werk 01.200 movement, a carbon fibre dial, and a rotor inspired by the centre-lock wheel on the Speedster.