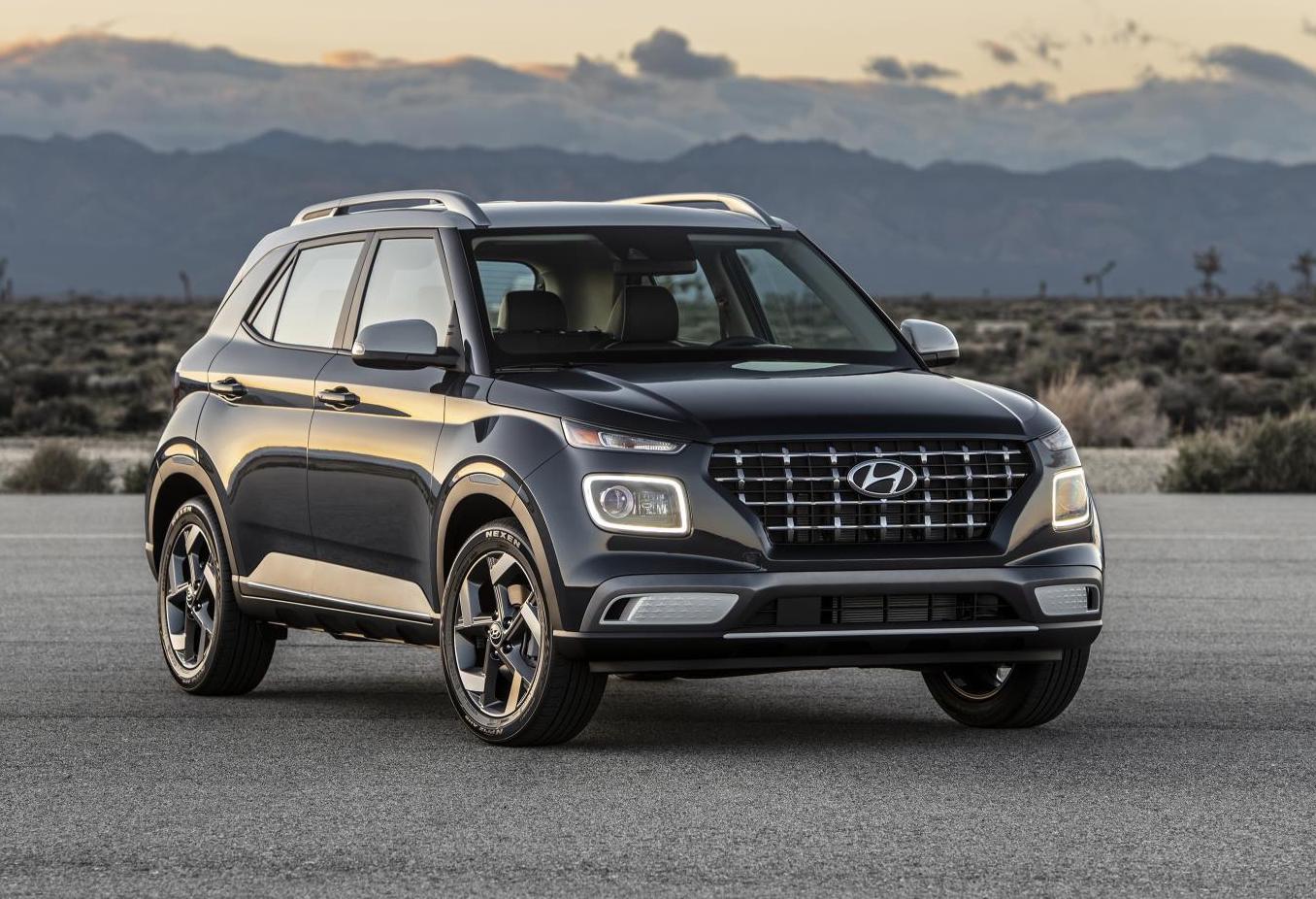 Hyundai will soon be squeezing another SUV into its lineup, with this, the all-new Hyundai Venue. It’s set to come in just below the Hyundai Kona in terms of size, specification, and price. 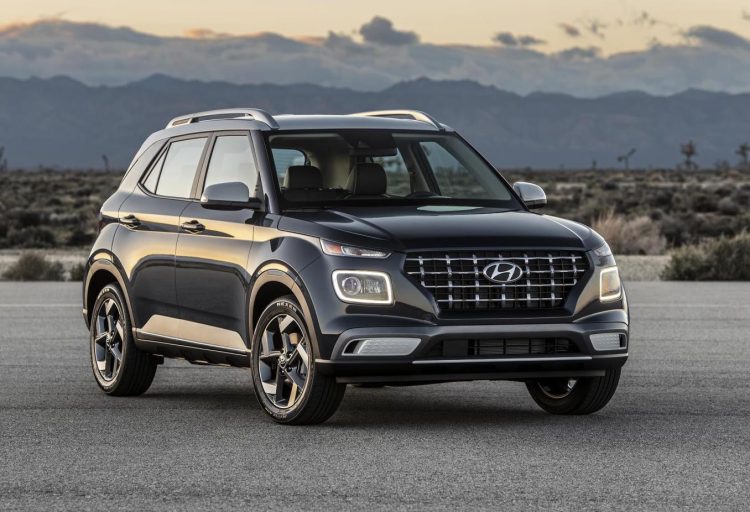 The Venue was revealed the New York auto show this week, showcasing not just the petite-est proportions for a Hyundai SUV, it also packs the company’s latest technologies and safety. Needless to say, Hyundai says it will come in as its most affordable SUV.

Starting with the design, it seems to step away from the existing design language applied to Hyundai’s current SUVs. At the front you’ll see a split headlight design but it is a little different from what’s seen on the Kona and new Santa Fe. The lower, main beam units are much larger. There’s also a huge interpretation of Hyundai’s ‘cascading grille’ in between, with very slim daytime lights right up near the front guards. 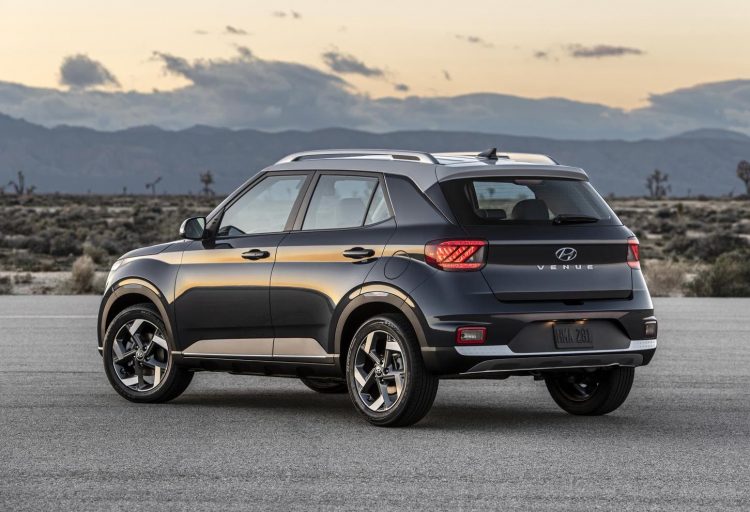 From the side, the profile displays a solid and ready-to-jump stance, with large wheel arches giving it a certain ruggedness and almost Baja rally look. These arches are filled with either 15-inch or 17-inch wheels, depending on the trim level. Around at the back Hyundai has gone for some perky little taillights, with a stubby hatch and very short overhang. Speaking about the design, SangYup Lee, Hyundai’s vice president of design, said:

Inside, the little Venue comes with all of the usual appointments, including an 8.0-inch touch-screen media interface packed with Apple CarPlay and Android Auto, with app-based sat-nav. A 3.5-inch TFT display sits in the instrument cluster in some variants. There’s also a 60/40 split-folding rear bench seat, with 530 litres of cargo capacity behind. 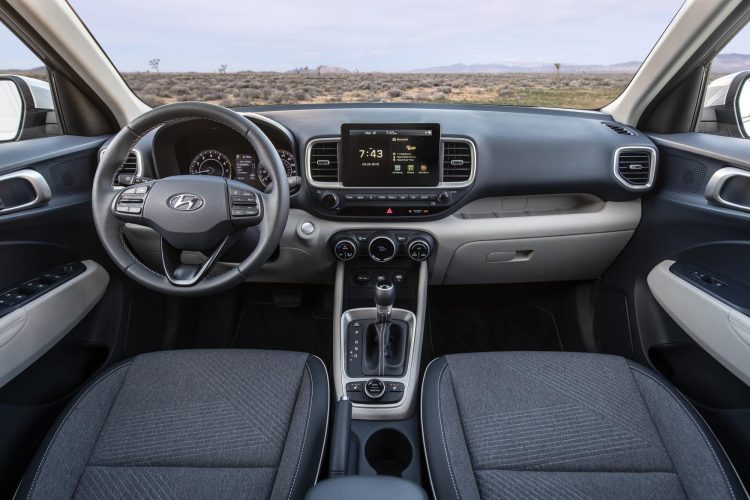 To give you a bit of an idea of its overall size, the Venue is 130mm shorter in length than the Kona, 31mm narrower, and rides on a wheelbase that’s 81mm shorter. However, the Venue is actually 16mm higher. The boot space is only 14L less in the Venue.

Some of the advanced safety tech that will be available include autonomous emergency braking, lane-keep assist, blind-spot warning, driver attention warning, rear cross-traffic alert, and a snow driving mode. It’s unclear which of these, if not all, will be available as standard, but some of this tech is quite rare in a vehicle of this class. 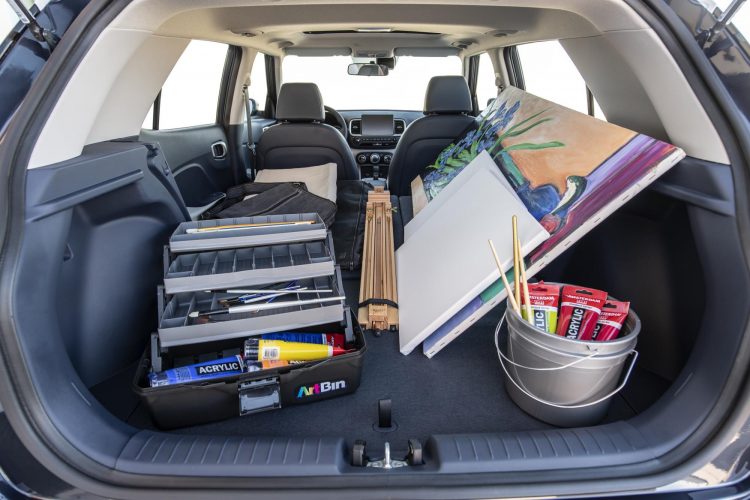 As for the chief motivator, it’s a 1.6-litre ‘Smartstream’ four-cylinder petrol engine featuring both port and direct injection. Outputs for the Australian market are yet to be confirmed, but the engine produces 90kW and 153Nm overseas. Both a six-speed manual and six-speed auto will be offered, all with front-wheel drive.

Hyundai Australia confirms the Venue will go on sale locally during the second half of 2019. Spec and prices are yet to be finalised. Like most other models in Hyundai’s local showroom, the Venue is likely to undergo some Aussie tuning to ensure the ride and handling suit our conditions.