Honda has introduced the new 2012 Honda Civic Hatch in Australia. The model joins the just-updated 2012 sedan range, and is available in two trim levels; the VTi-S and VTi-L. 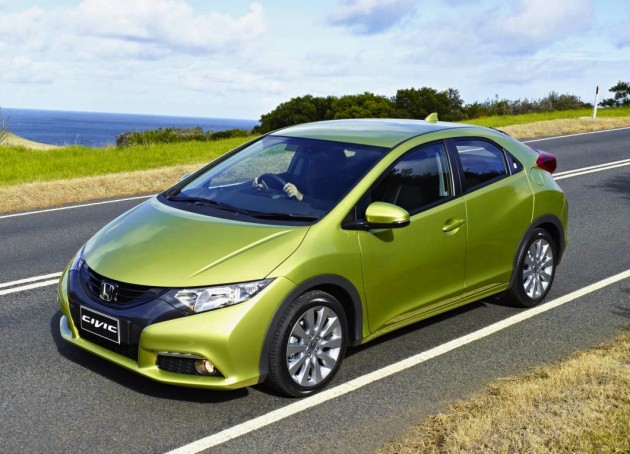 Both showcase Honda’s latest design language, packaging a sleek, sporty and practical hatch into the styling. Honda says development of the new model has been four years in the making, with key focus areas surrounding optimising a suspension system to support good ride and handling. Honda’s Mitsuru Kariya, Large Project Leader for the Hatch, recently said,

“When evaluating the requirements of our customers, we recognised that the European customer desires are demanding and unique in many aspects. We have focused our development on fulfilling these expectations and through this process we have taken our development standards even further to a new level.”

The new model is propelled by a 1.8-litre four-cylinder engine developing 104kW of power and 174Nm of torque. It comes with a combined fuel economy rating of 6.1L/100km for the manual VTi-S and 6.5L/100km for the auto-only VTi-L.

Prices for the new model are as follows: