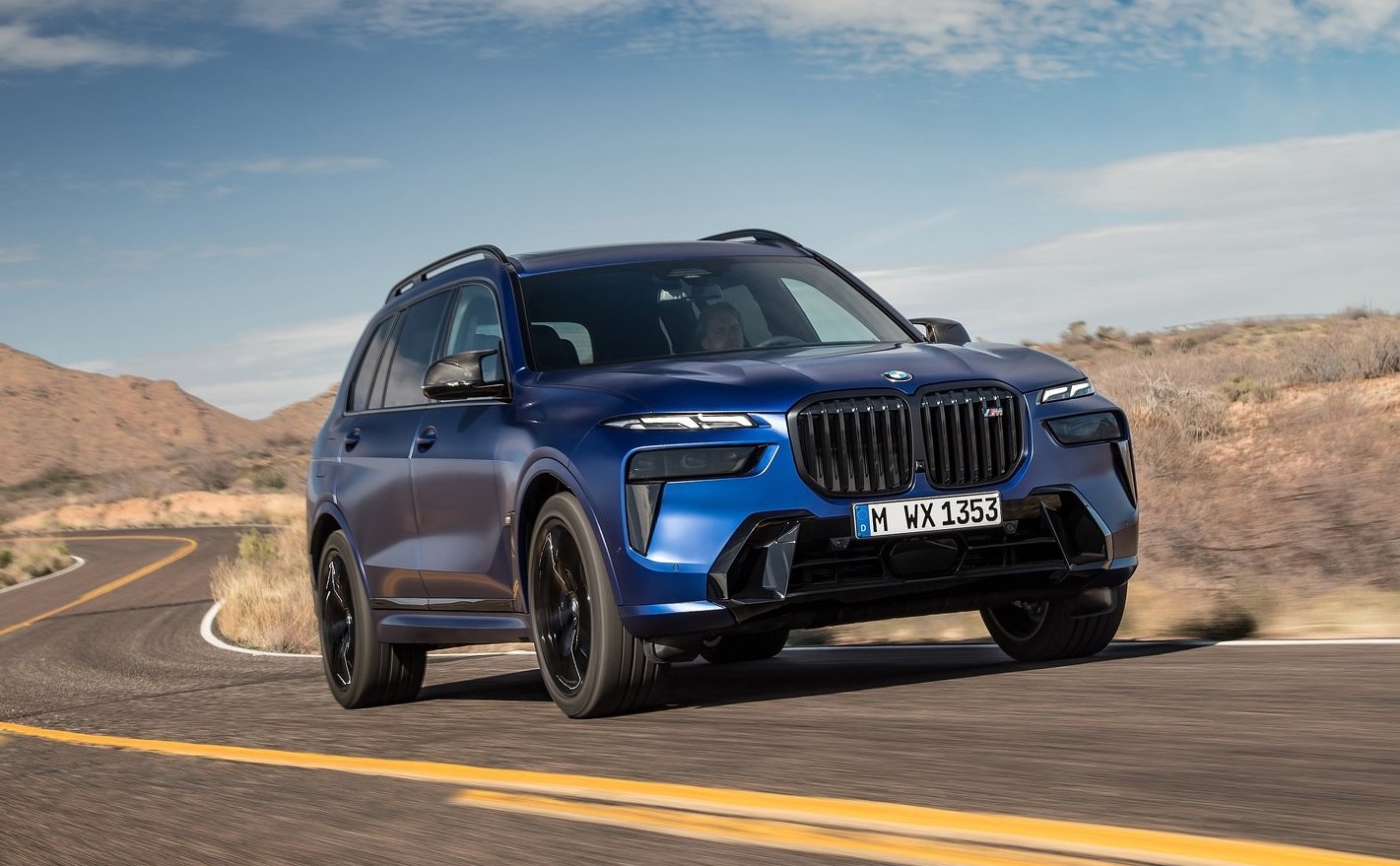 BMW has taken the wraps off the 2023 facelift for the almighty flagship SUV, the X7, with a lineup featuring two mild-hybrid powertrains for the first time in Australia. 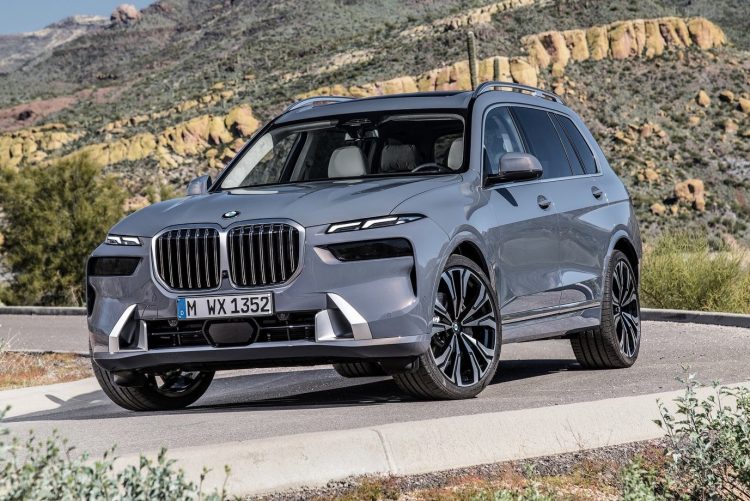 When it arrives Down Under by the end of the year, the X7 range will be available in a choice of two variants, the xDrive40d and the M60i xDrive range-topper, both of which receive a 48-volt mild-hybrid system.

In terms of styling, BMW has brought the X7 closer in line with its latest creations, with a bolder front fascia and kidney grille surrounds, paired with a slimmer set of LED daytime running lamps sitting atop the horizontally-split LED headlights. The flagship even gains an illuminated kidney grille.

At the rear you’ll find the tail lights have been given a new three-dimensional treatment, with a chrome line connected between rounding out the changes for the X7’s somewhat familiar but updated rear end. 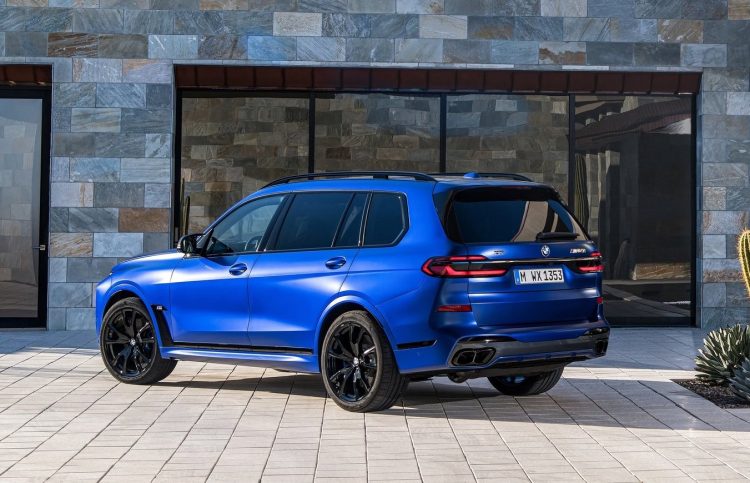 The 2023 X7 lineup kicks off with the xDrive40d which receives a 3.0-litre turbo-diesel inline-six pushing out 259kW of power and 700Nm of torque, with short boosts up to 720Nm thanks to the hybrid assistance. The outputs are increased from the outgoing 250kW/700Nm setup, although the 40d has not been available in Australia – only the 195kW/620Nm 30d.

All up, BMW says the crankshaft-mounted starter generator adds 9kW of power and 200Nm to the mix, with power sent to all four wheels via an eight-speed transmission. Acceleration from 0-100km/h takes a claimed 6.1 seconds. Fuel consumption is rated between 7.6-8.7L/100km, depending on options and wheels. 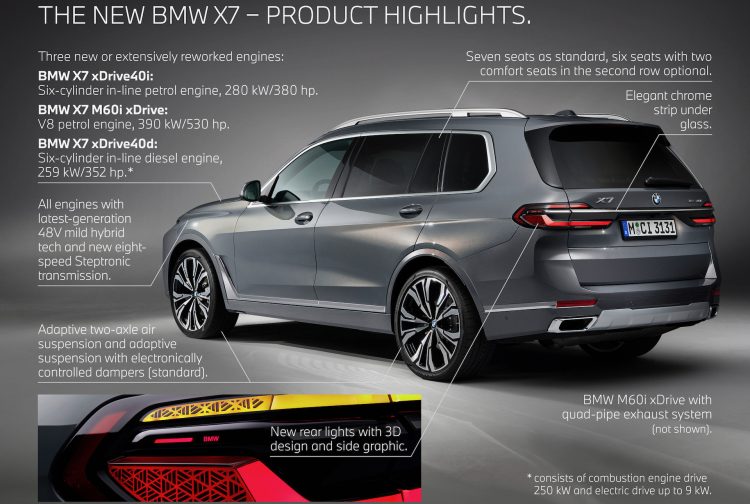 Going for the range-topping X7 M60i xDrive adds an M division-developed 4.4-litre V8 with two turbochargers working away, delivering 390kW of power and 750Nm of torque. It also uses mild-hybrid tech that adds 9kW and 200Nm, with 0-100km/h claimed in just 4.7 seconds.

Both variants receive two-axle air suspension with electric dampers, while the M60i xDrive is packed with an M Sport rear differential, active steering and roll stabilisation. BMW says the X7 can come riding on alloy wheels up to a massive 23 inches, but Aussie specs for the xDrive40d and M60i are yet to be finalised. 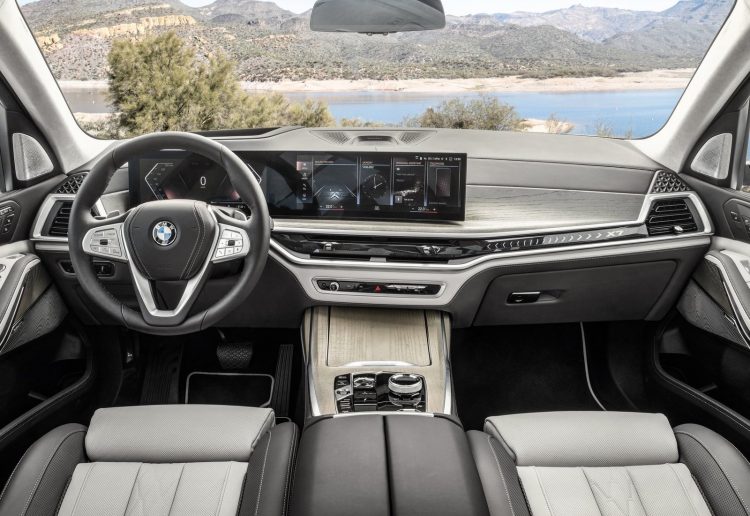 Inside, BMW has updated the X7’s cockpit with a new curved display that pairs the 12.3-inch display with a 14.9-inch control display powered by BMW’s latest operating system, as well as packing four-zone climate control, a panoramic sunroof, a sport leather steering wheel and ambient LED lighting.

The standard X7 comes in a seven-seat configuration, while the comfort pack brings seating capacity to six with a pair of larger seats in the second row and a centre console.

As per usual, there’s a heap of optional extras including a sky lounge sunroof that is illuminated by LEDs, upgraded Bowers & Wilkins Diamond surround sound system, and more inside BMW’s Travel and Comfort packages. 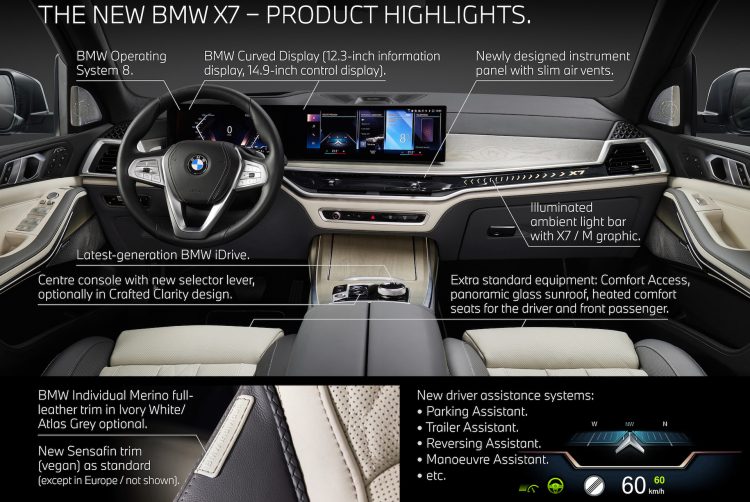 In terms of safety equipment, BMW has updated its automated driving and parking systems with the latest X7, which also receive an extended range for the front-collision warning system, a new exit warning function and a new trailer assistance system.

BMW is yet to confirm prices and specs for the X7 lineup here in Australia, but it is scheduled to arrive here during the fourth quarter of this year.