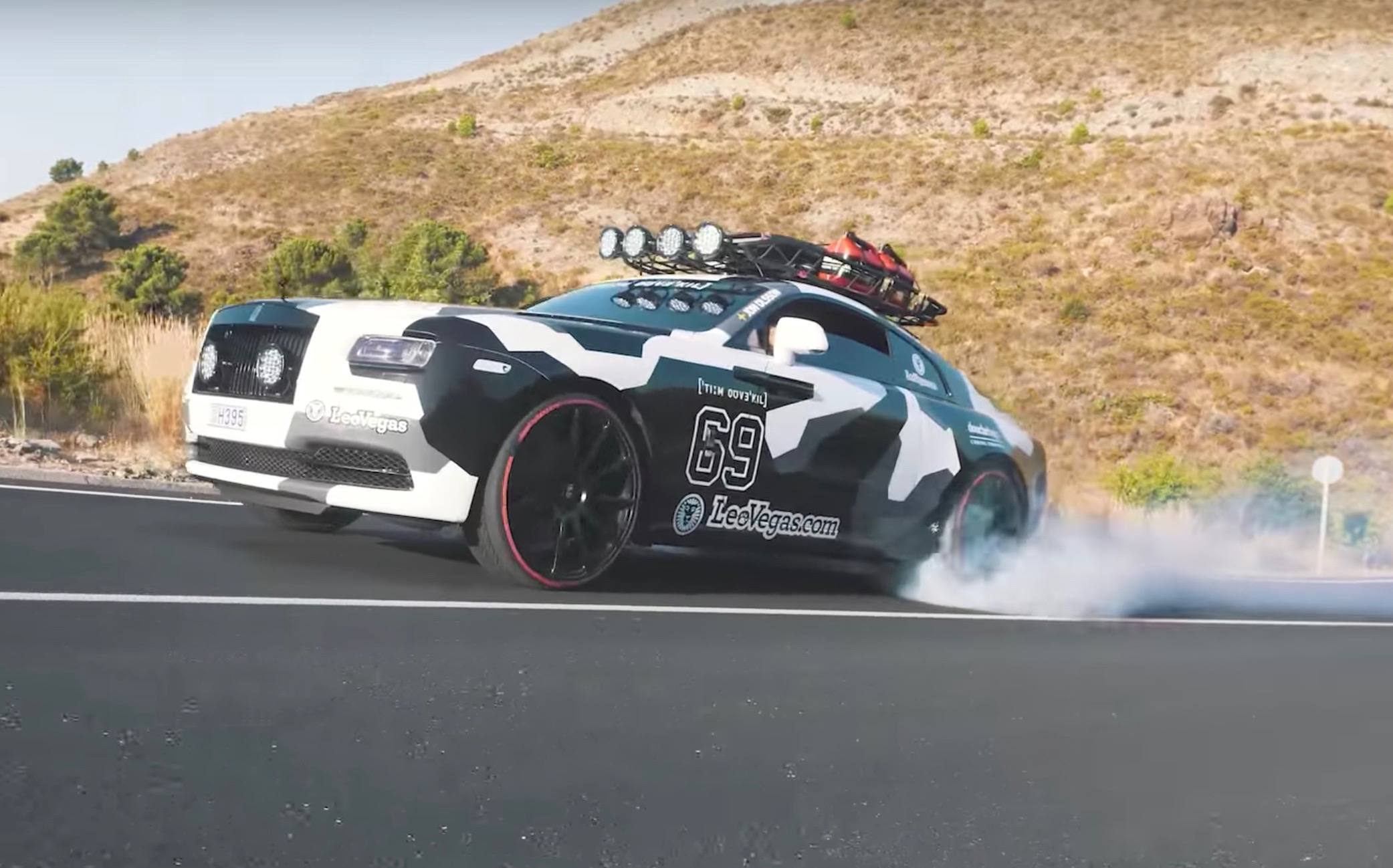 We’ve featured the automotive exploits of Jon Olsson before, with his ballistic Audi RS 6 Avant wound out to 708kW and sporting carbon fibre bodykit additions that wouldn’t look out of home on a German DTM touring car. 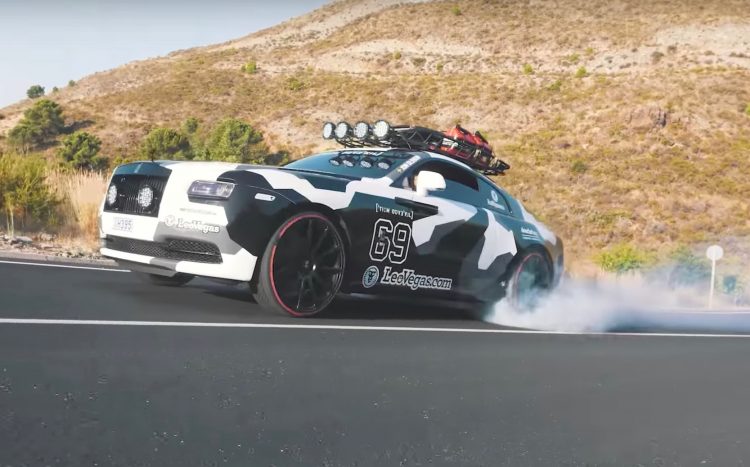 The Red Bull-sponsored Swedish skiing champion has a taste for ultra powerful and prestige cars, which extends to his murdered-out Rolls-Royce Wraith.

Enhanced by Absolute Motors of the Netherlands, Olsson’s Rolls-Royce Wraith has had its 6.6-litre twin-turbo V12 wound up to 604kW (810hp), from 465kW. It has been dyno tuned and features a Quicksilver exhaust so it can sing loudly, unlike the soft whisper preferred in its original form.

A camouflage wrap, massive spotlights – two in the grille, four on the roof – mean no moose will be missed. 24-inch Forgiato rims are fitted, wrapped in red striped licorice. ‘George the Rolls’ lettering on the wheels tells people the car’s nickname.

A special roof rail package with a carbon fibre Jetsurf surfboard and custom uel containers give this car an adventurous twist like the original Rolls-Royces in the early 20th century which undertook trials such as Paris-Peking.

There are also camouflaged ‘Douchebag’ bags in the boot, which is his own merchandise line. As we can see at the end of the video, it matches his house and golf cart. What do you think of Jon Olsson’s Rolls-Royce Wraith? Tell us in the comment section below.