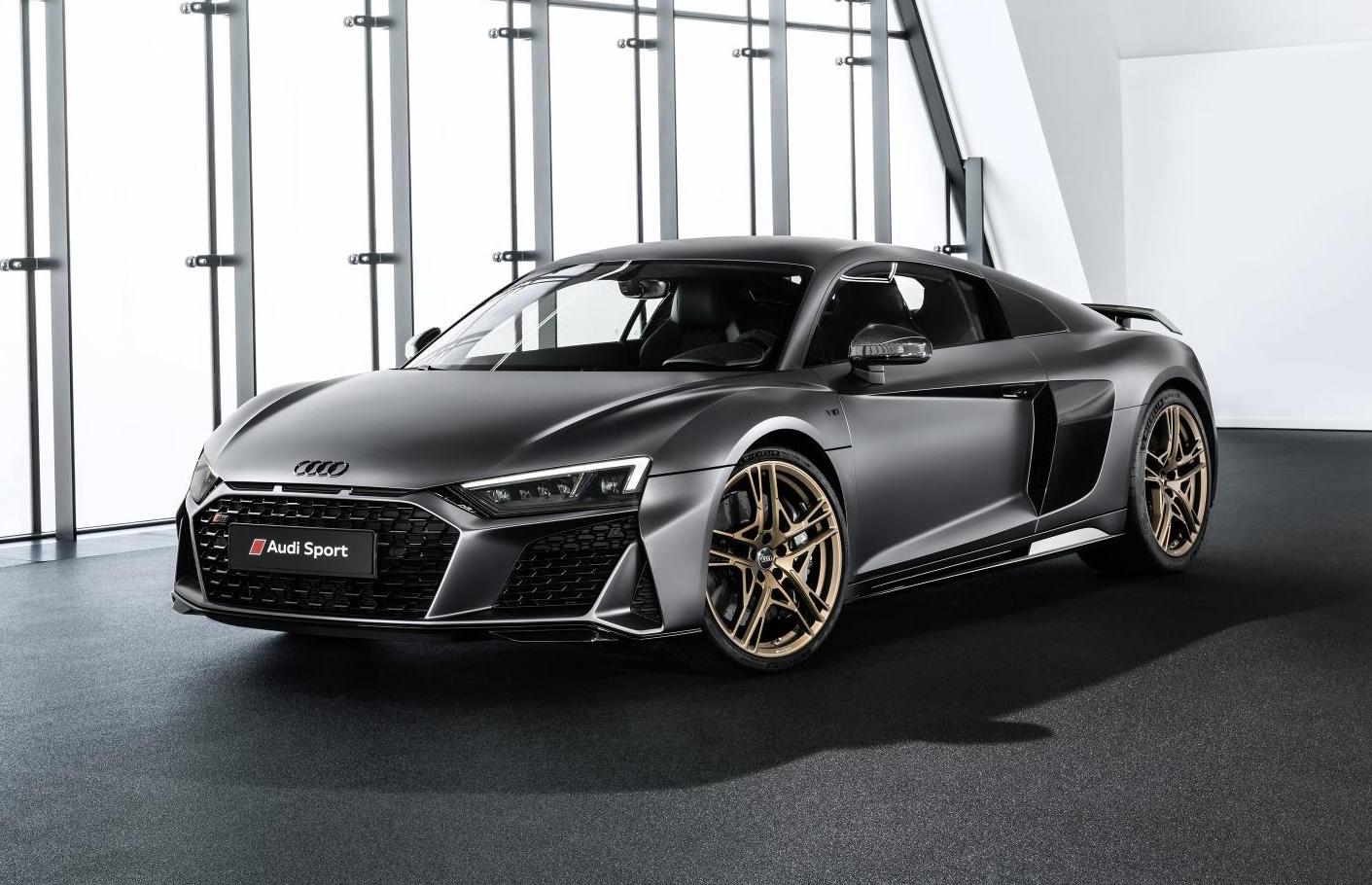 Audi is celebrating ten years of the V10 engine in the R8 supercar, and has created a special edition called the R8 Decennium to mark the occasion. 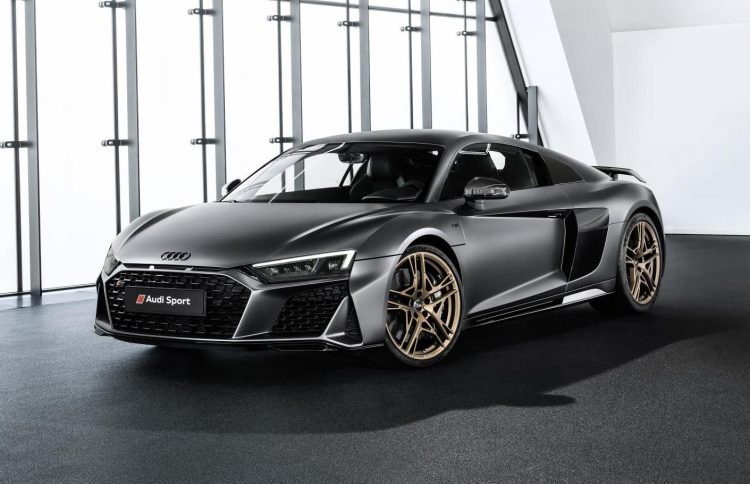 Could this be a send-off to the V10 generation? There has been plenty of talk and rumours suggesting both the Audi R8 and the platform-sharing Lamborghini Huracan will switch to a V8 or V6 setup for the next generation, likely with turbocharging and/or electric motor assistance.

Getting back to the Decennium edition though, it is being brought in to coincide with the launch of the refreshed R8 range. The name is derived from Latin, translating to decade, referring to the ten years of production for the V10 engine. 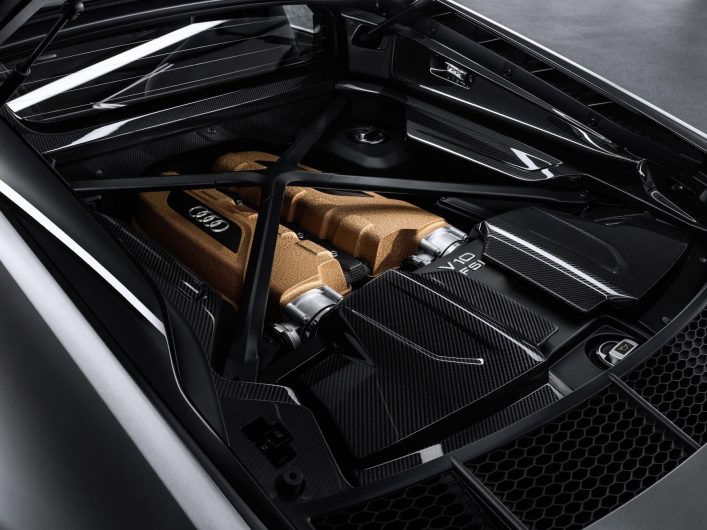 It features a unique Daytona Grey matt paint job, with a set of milled 20-inch alloy wheels finished in matt bronze. The intake manifold is also in matt bronze, while the front spoiler, side skirts, rear diffuser, and badges are featured in black. Kinda matching these are the side blades and side mirrors that are made from carbon fibre.

Inside, Audi has given the decor a completely black theme, with some carbon fibre trimming for highlights. There’s some quilted diamond stitching for the sports seats, with gloss copper contrast stitching, and Alcantara is used to wrap the steering wheel and gear selector. More copper stitching is applied to the centre arrest and door trims. 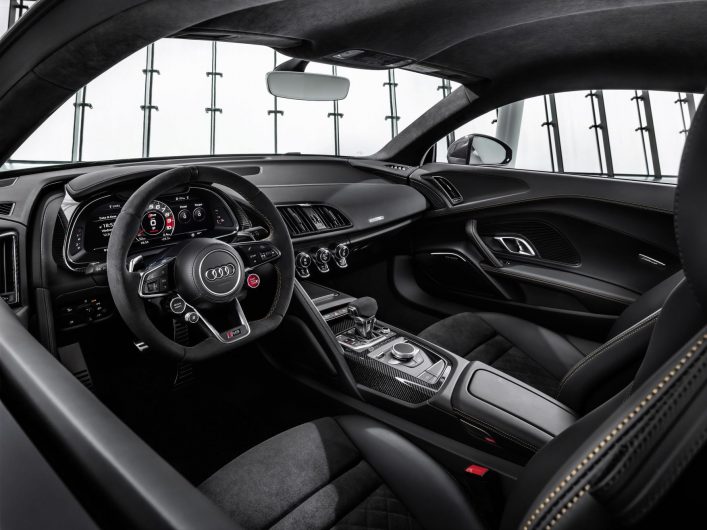 As for that V10 engine. It’s a 5.2-litre naturally aspirated unit that develops 456kW and 580Nm. This enables brutal acceleration, especially with a lightning-fast seven-speed dual-clutch auto and all-wheel drive system to utilise. Audi claims 0-100km/h is over in just 3.1 seconds.

Special edition aside, Audi says there are two tunes for the new R8, including in 420kW and 456kW guise.

Audi is planning to build just 222 examples of the R8 Decennium edition for global markets. A possible Australian introduction hasn’t been confirmed.