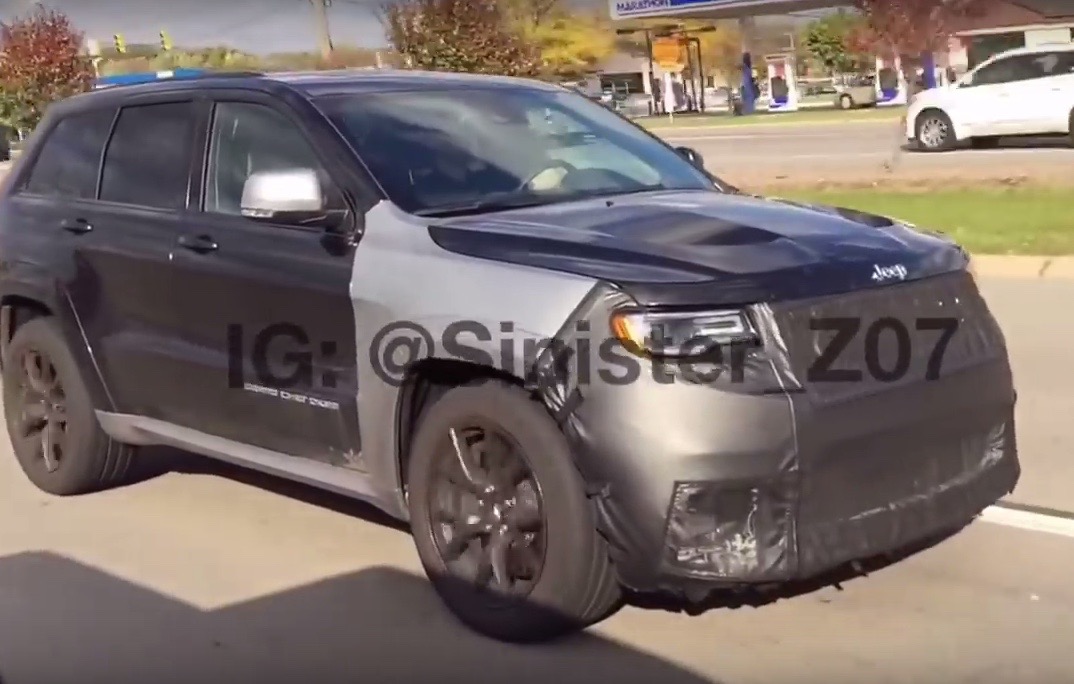 It’s been expected for a while now but it looks like Jeep is putting the final touches on the mighty Grand Cherokee ‘Trackhawk’, featuring the Hellcat supercharged V8. 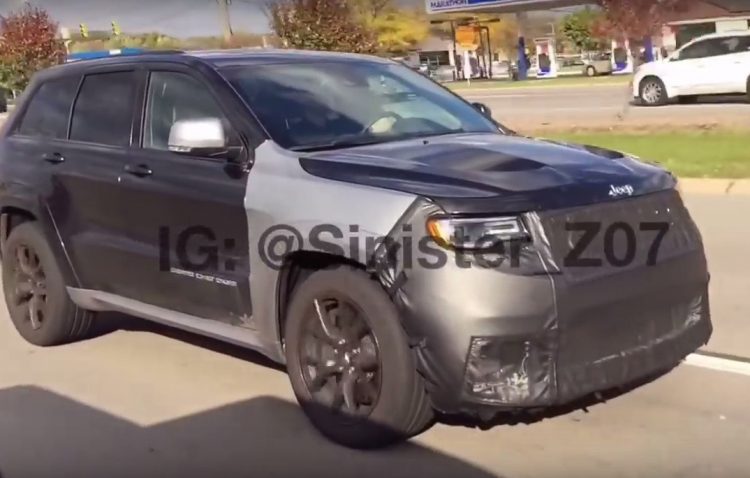 Not only will the Trackhawk sit above the regular 6.4 HEMI SRT, it’s also set to become one of the most powerful production SUVs in the world. You see, Chrysler’s Hellcat engine, as featured in the Charger and Challenger, produces an incredible 527kW.

Although this output hasn’t been confirmed for the Grand Cherokee, as it may get a detuned version of the unit. What’s important is this unit is very likely to be used in the first place. As you can (just) hear in the video below, which shows a prototype cruising along the public roads in Detroit, there is a faint whine coming from under the bonnet, essentially confirming a supercharger.

It also looks like this prototype is sporting a roll cage too, which are usually only used by manufacturers when testing is getting serious and/or when the vehicle is packing serious heat.

Power could be restricted to around 400-450kW due to the fact it has to be sent through an all-wheel drive system, unlike the rear-drive Hellcat models. With the full 527kW and 880Nm, it might be difficult to ensure driveline strength and reliability. Whatever output it offers, it’s understood the new variant will be able to crack 3.5 seconds for the 0-60mph (97km/h) sprint.

Other highlights on the prototype include big Brembo brakes like what are seen on the Charger and Challenger, along with big chunky tyres and some pumped wheel arches. Underneath it all is expected to be a more hardcore suspension setup, along with extra chassis bracing to improve rigidity and handling.