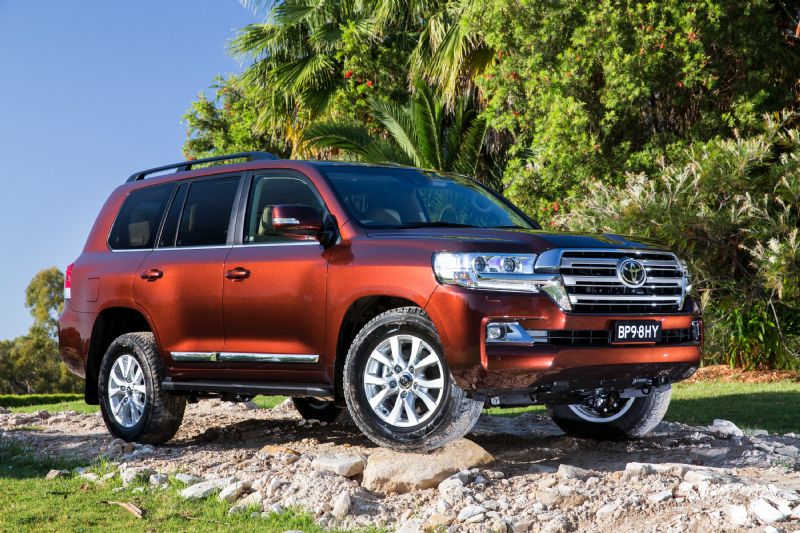 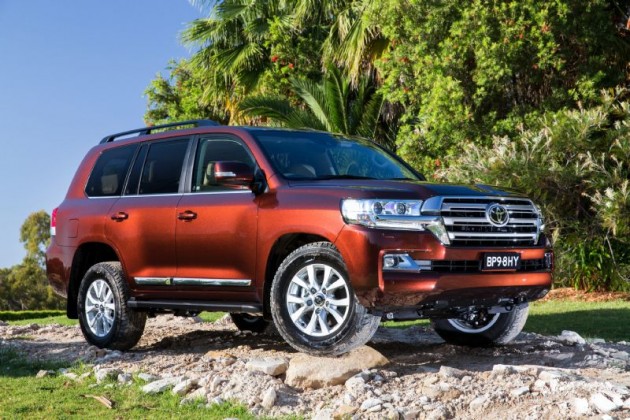 Four main variants grades are available, with two engine options. These span from the GX, GXL, VX, to the flagship Sahara. These can be had with a 4.5-litre twin-turbo diesel V8 or a 4.6-litre V8 petrol.

Power output has been lifted for the diesel from 195kW to 200kW, with the same 650Nm of torque. This was achieved via new injectors and revised mapping, also providing a 7.7 per cent improvement in economy, now rated at 9.5L/100km on the official combined cycle.

The petrol unit retains the same 227kW and 439Nm outputs, however, economy and emissions are optimised. It consumes 13.4L/100km on the average cycle, while emitting 309gm of CO2/km. Both engines are now Euro 5 compliant.

For the first time, Toyota is offering a comprehensive camera arrangement for the Sahara, with front, rear, and side views of the vehicle, and even an under-floor view showing the driver the exact placement of the front wheels.

The Sahara also gets pre-collision safety technology with dynamic adaptive cruise control, lane-departure alert, and rear cross-traffic alert. These are in addition to the standard seven airbags, multi-terrain ABS brakes, trailer-sway control, and stability and active traction control on all variants.

All variants showcase the new-look exterior design, including a more prominent chrome front grille, new front and rear bumper bars, LED taillights, and new headlights. The interior has also received a minor makeover, with softer padding around the centre console and other areas where there is direct contact with passenger legs.

The range kicks off with the GX, which is only available with the diesel. It’s priced from $76,500 – up from the previous $73,600 starting price. See below for all prices (excluding on-roads):