A man in China is facing a 2,200 yuan fine (approximately AU$325.50) for revising the number plate on his Porsche 911 using toothpaste in a attempt to deter police from tracking down his car. 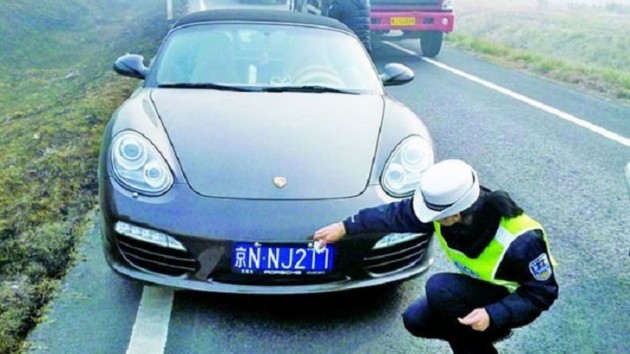 Police noticed the Porsche 911 and its rather strange-looking sevens on its number plate. The police then pulled the driver over, and (after a quick brush?) found that the sevens were not in fact sevens at all. The driver used toothpaste to convert the original ones at the end of his plate into sevens.

In Qingdao, China, where the man was caught, this kind of offense to bypass the law not only includes a fine, but also six demerit points.

It is a serious matter, but you can’t help but laugh. At least his plate will be minty fresh…