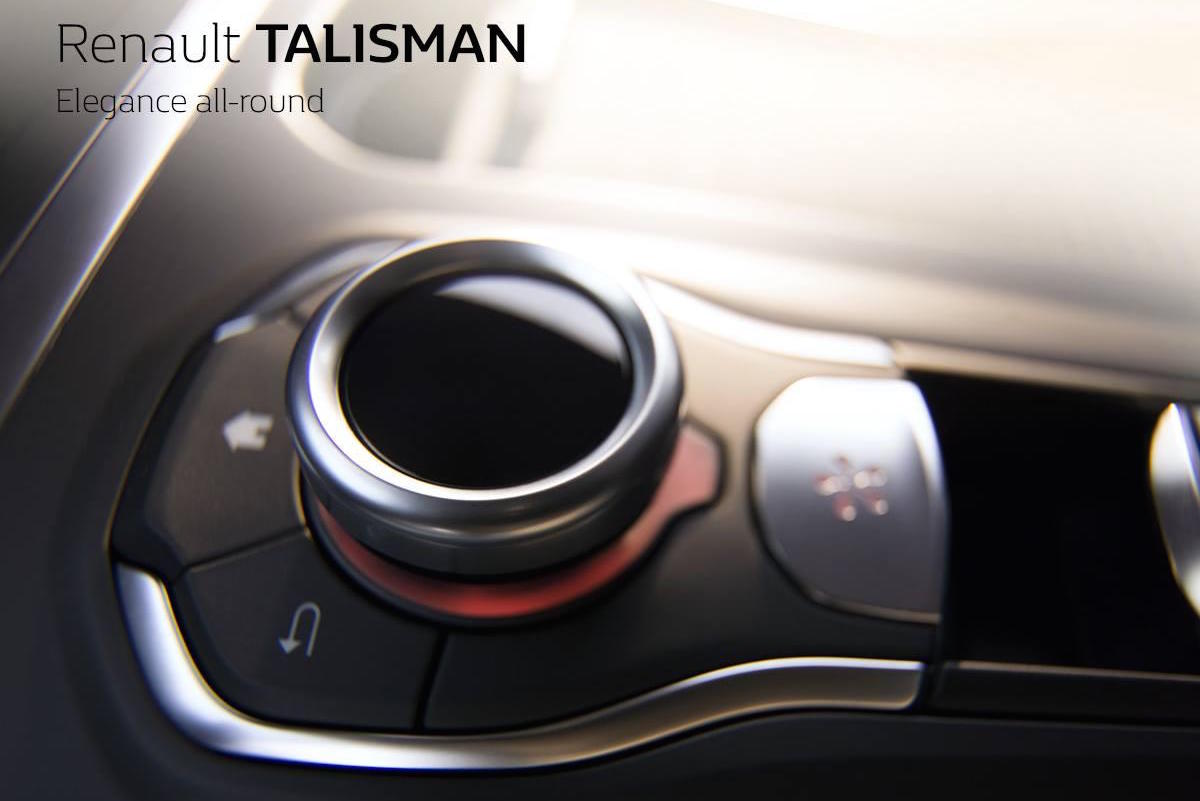 Renault has released its latest image as part of its teaser campaign for the upcoming Talisman mid-size sedan, showing off its clever new interface controller. 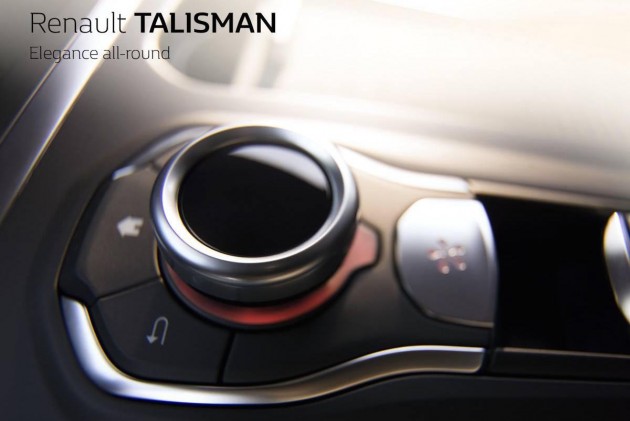 Set to replace both the Laguna and the Renault-Samsung-built Latitude, the new model will compete against the Volkswagen Passat, Ford Mondeo and Mazda6. A teaser video was released last month (below) showing some of the taillight and hints of the interior.

The latest teaser image showcases the rotary dial for the Talisman’s R-Link 2 multimedia interface, also featured on the Espace MPV (not sold in Australia). The French car is expected to feature a similar design language to the new Captur and Clio, with four-wheel steering and full LED headlights, as well as the latest in safety tech.

Renault seems to have been hesitant to re-enter the mid-sized segment on the back of slow Laguna sales in Europe, and a shift towards SUVs. But it looks like it has decided to take the plunge. First impressions, it certainly seems like it is going to be quite an advanced and interesting model. The Talisman will be revealed in full on July 6.