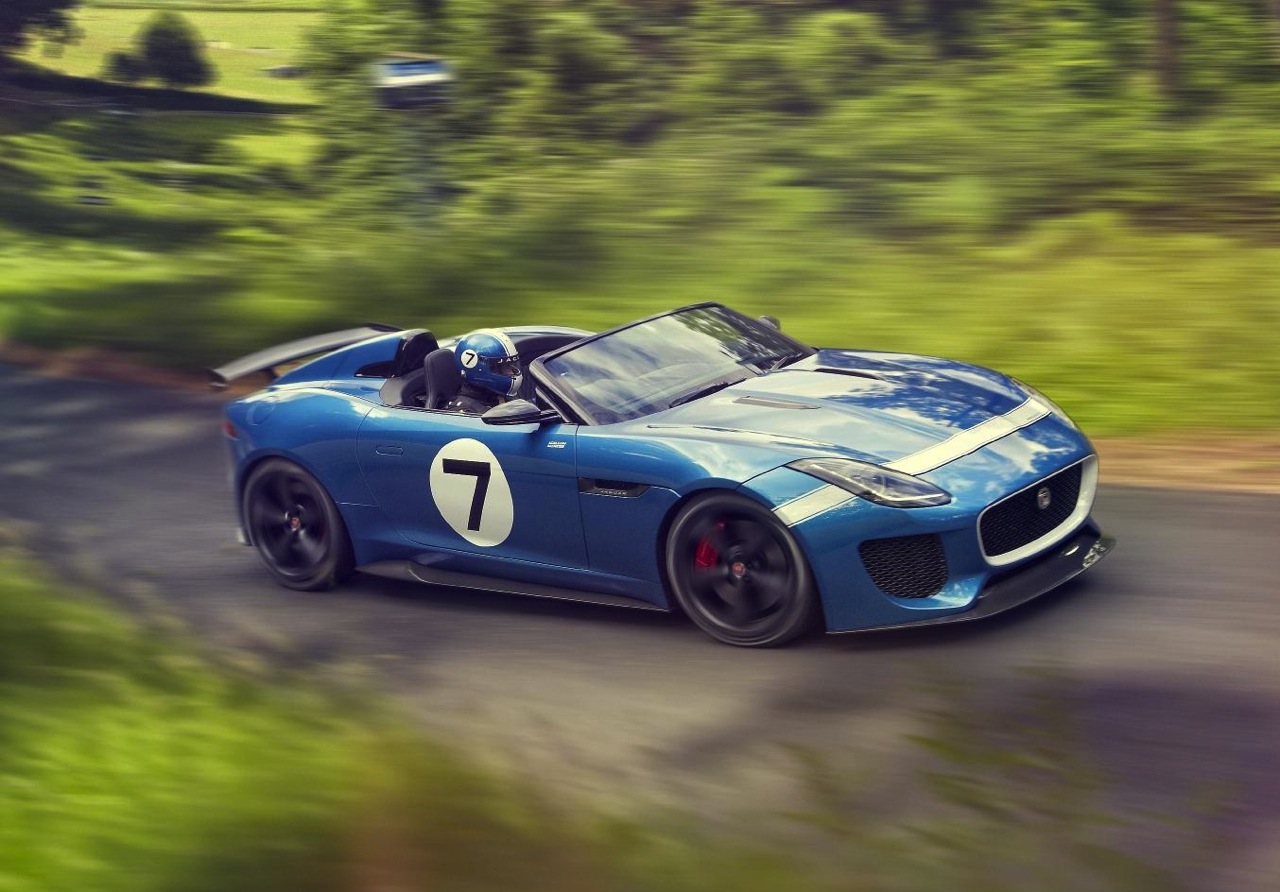 As a way of showing the world how it’s done when it comes to motoring debuts, Jaguar has unveiled a stunning new concept called Project 7. It will make its public debut at the Goodwood Festival this weekend. 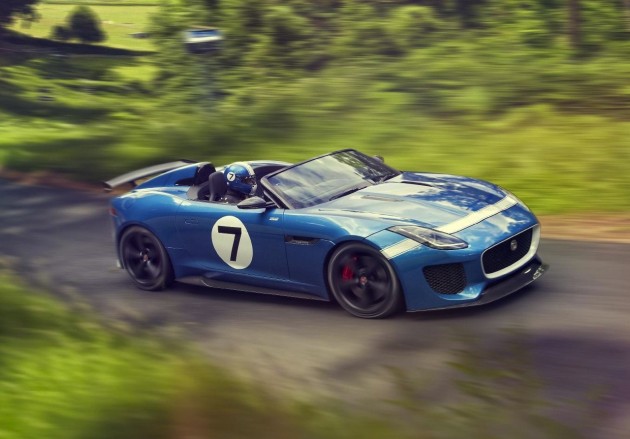 Based on the soon-to-be-launched Jaguar F-Type, Project 7 is all about celebrating Jaguar’s triumphant efforts during Le Mans racing between 1951 and 1990. During that period, Jaguar accumulated seven wins at the famous French endurance race in various similarly striking classics, such as the D-Type.

Obviously, the body has been inspired by the beautiful Jaguar motorsport heroes of the day, with curvy aluminium body panels, a large rear wing, and a focused single-seat cockpit.

Speaking of the interior, it is perhaps just as stunning as the exterior. There’s a composite seat which has been lowered by 30mm, quilted leather door trims, carbon fibre inserts, and a bespoke storage place for a helmet where the passenger seat used to be.

Under the bonnet, the breathtaking machine beats through the heart of a 5.0-litre supercharged V8 engine producing 405kW of power and 680Nm of torque. It’s matched up to an eight-speed sports automatic transmission.

The mechanical combination is savage enough to send Project 7 from 0-100km/h in just 4.2 seconds, and onto a limited top speed of 300km/h. 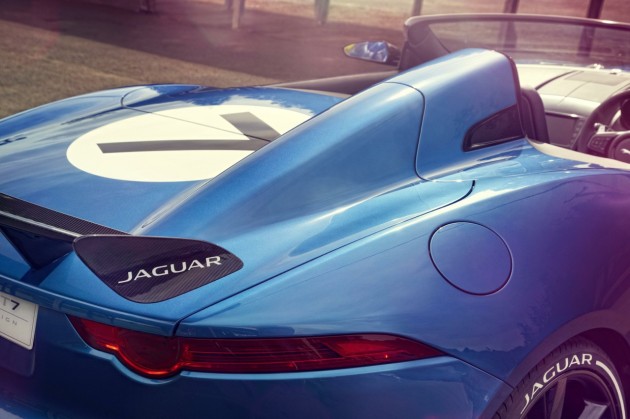 Even though it won’t go into product any time soon, elements of the concept may spawn a production car of some description in the future – a possible F-Type R? Ian Callum, director of design at Jaguar, recently said,

“As a team our challenge was to take this gem of an idea, work within the limitations of production feasibility, and create something worthwhile. So I encouraged Cesar and Alister Whelan, Chief Designer, Jaguar, to take it to the next stage and develop a workable concept, and with the support of key departments across the business, Project 7 was born.

“Project 7 is a single-seater sports car based on the F-TYPE, with the kind of racing-inspired form that designers dream about. It has one purpose: to be driven fast and enjoyed. Jaguar sports cars are known for exceptional performance and clean design. Project 7 captures that spirit in its purest form.”

The open-top beast will be driven up the famous hill climb at Goodwood over the weekend to give spectators a chance to see this creation perform. It will be driven by Mike Cross, the chief engineer of vehicle integrity at Jaguar. Click play below for an early preview.