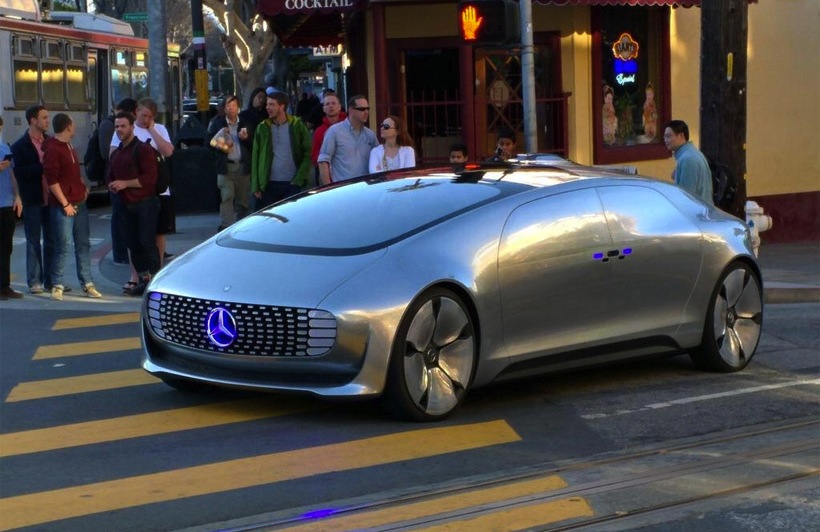 Mercedes-Benz has been caught testing its latest autonomous vehicle, the F015 Luxury in Motion, on the streets of San Francisco, signaling the brand is preparing to get the technology ready for production. 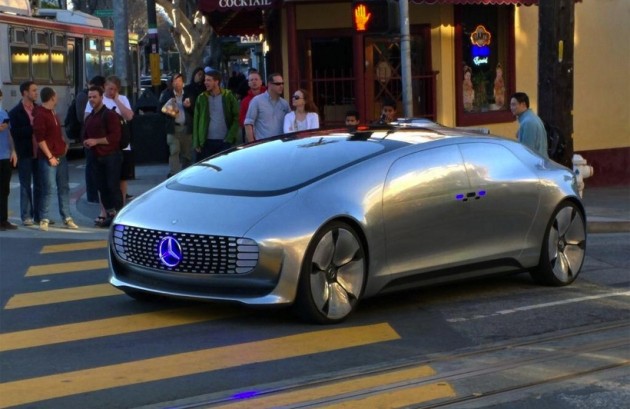 The image of the F015 Luxury in Motion has been spreading like wildfire on social media, with its striking looks, and radically designed interior, similar to designs we reported on in November last year.

The interior of the F015 Luxury in Motion has originally described by Mercedes to be “a private area of retreat” in bad traffic. And it is with its tinted windows. The front seats also swivel back and forth between the road and rear passengers, and luxurious materials are used throughout.

Mercedes has been conducting research and development at a decommissioned Naval base in the Bay area. The car was reportedly moved from location to location around San Francisco via a truck, but pedestrians have confirmed the F015 drove through some streets, although it was likely driven by a Mercedes engineer.

The F015 was unveiled at last year’s Consumer Electronics Show in Las Vegas. It’s powered by a futuristic hydrogen fuel cell, combined with two electric motors for a combined output of 200kW, translating to a 0-100km/h time of 6.0 seconds, and a claimed range of 1100km.

Mercedes Benz chairman Dieter Zetsche spoke about the concept at its original unveiling. “The car is growing beyond its role as a mere means of transport and will ultimately become a mobile living space,” Zetsche said.