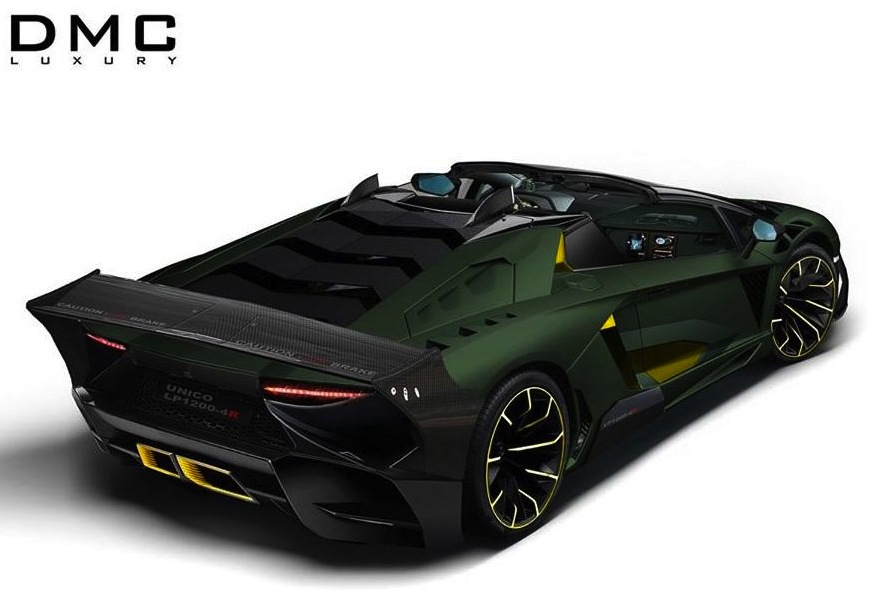 This is just insane. Look at it. It looks like it could actually take off so fast that it spawns another dimension. It’s a preview to a new tuning program from DMC for the Lamborghini Aventador roadster, called the LP1200-4R. 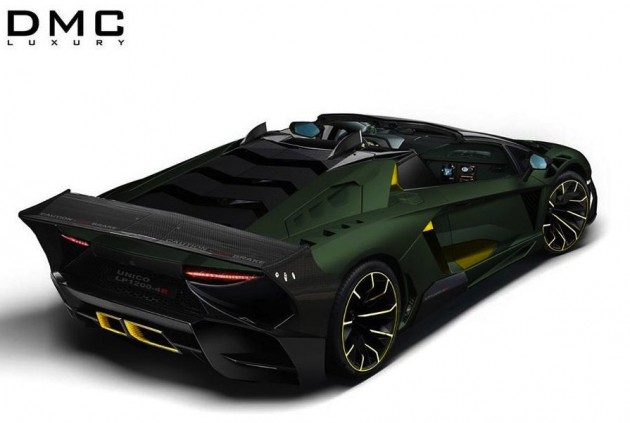 With a name like that you can begin to imagine the kind of power that’s going to be on tap. Yep, DMC is planning to tweak the 6.5-litre otherwise naturally aspirated V12 engine with a comprehensive twin-turbo kit to boost figures from 515kW to 882kW (1200hp).

If that’s not enough, DMC says some further tweaks could be made with boost pressure to see the monster V12 scream out 1103kW (1500hp). If that’s still too skirty for you, the German company says that if you really want to go all the way, a power output of 1471kW (2000hp) could be achieved.

Aside from the colossal engine performance, the exterior is perhaps just as dramatic. DMC is planning a full bodykit setup, with all new panels, lots and lots of carbon fibre, more wings and vents, gold-plated intakes, and a set of staggered 20-inch front and 21-inch rear alloy wheels.

As we said, it’s insane. The on-road numbers are just as loopy. DMC predicts 0-100km/h to come up in 2.3 seconds for the regular 1200 tune, while the top speed will be over 375km/h. Any faster and it would probably fly off to space.