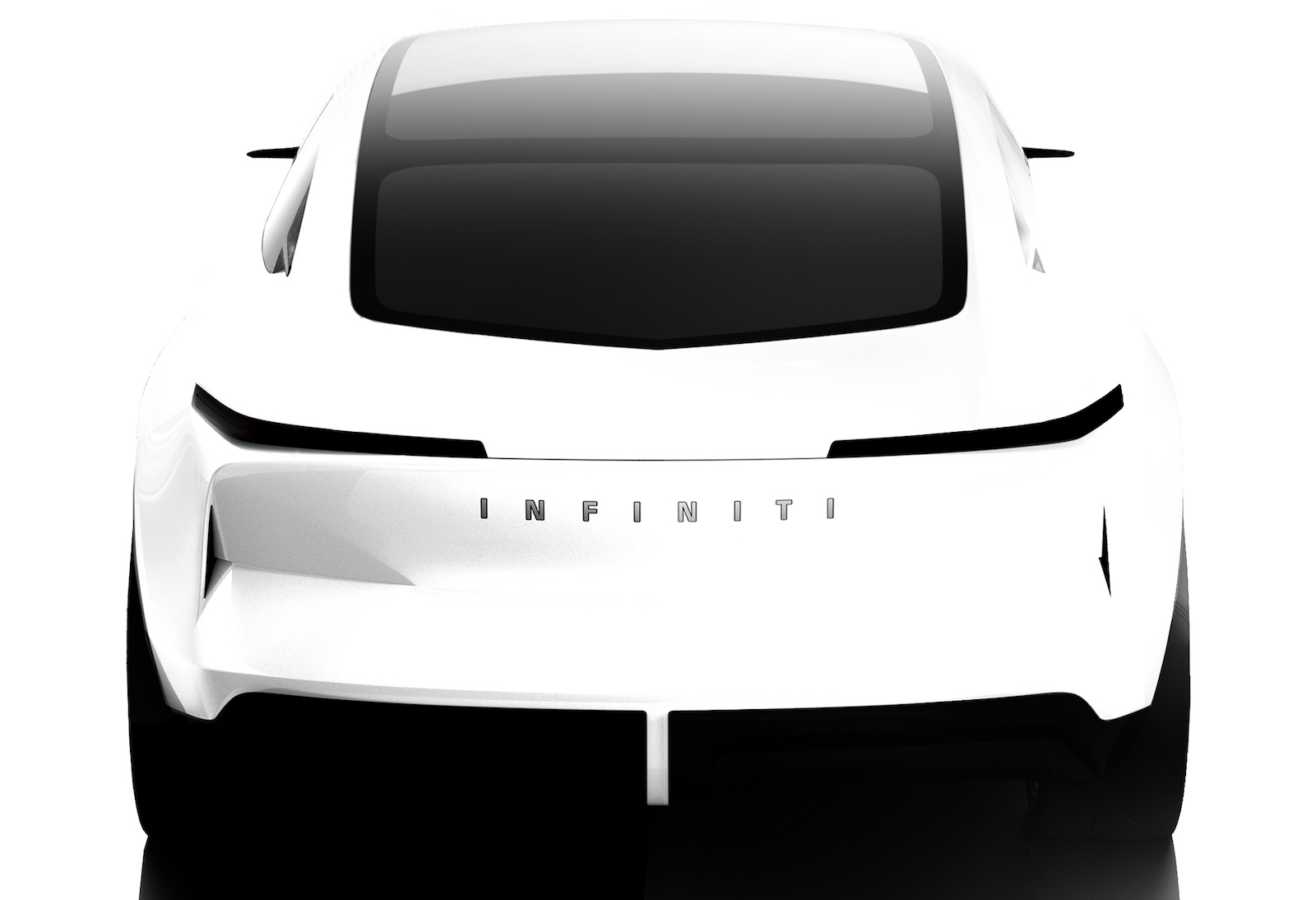 Infiniti is previewing a new electrified sports sedan concept it is planning to unveil at the Shanghai motor show later this month, called the Qs Inspiration. 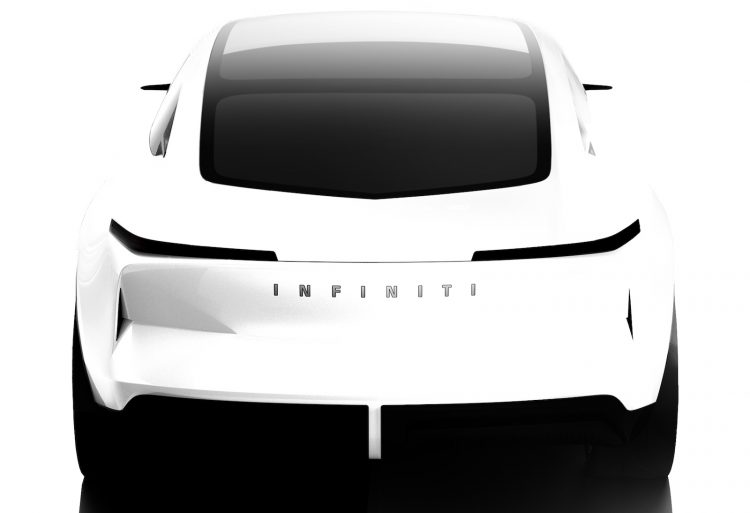 The concept will be underpinned by an all-new flexible architecture, the company says, developed precisely to facilitate electric and electrified powertrains. It also showcases a fresh design language for the brand, a language that is set to be applied to future electrified models.

By the looks of it, the concept could be an evolution of the Q Inspiration concept sedan revealed last year (pictured below). Confused? We are too. But as far as we understand it, this will preview a direction for electrified vehicles, while the Q Inspiration was more of a preview on combustion engine sedans.

We’re only given this black and white teaser image (aboveO), which shows little detail. There’s some super-thin taillights, vertical side vents, and a pointed rear windscreen. It also looks like the concept will come with slim camera stalks in place of conventional side mirrors, and the roof appears to be completely glass.

No interior images have been handed out, but Infiniti says the cabin goes for a minimalist and clutter-free design, with an engaged driver area and a relaxed passenger zone. The company says the cabin also showcases “striking artistry and craftsmanship”.

As for the power source? No specs have been confirmed at this stage, although Infiniti does confirm it uses an “electrified” system of some kind. Christian Meunier, chairman of Infiniti, said:

“Electrification creates a range of new possibilities for sedans, with new powertrains and vehicle architectures letting us imagine how this type of car could be reinvigorated and adapted to fit the changing needs and tastes of drivers.”

All will be revealed on or just before Auto Shanghai 2019, which opens to press on April 16. 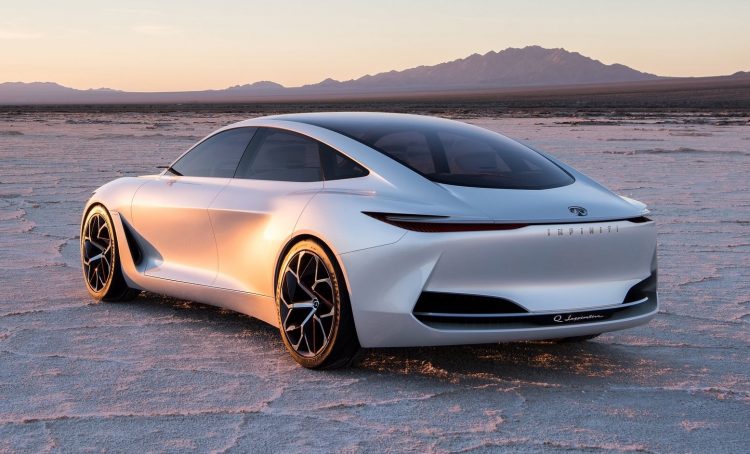