A dream come true? We jokingly predicted the Infiniti Q50 Eau Rouge concept to come with a Nissan GT-R engine on our Facebook page a few months ago. The special edition has just been updated with exactly that. 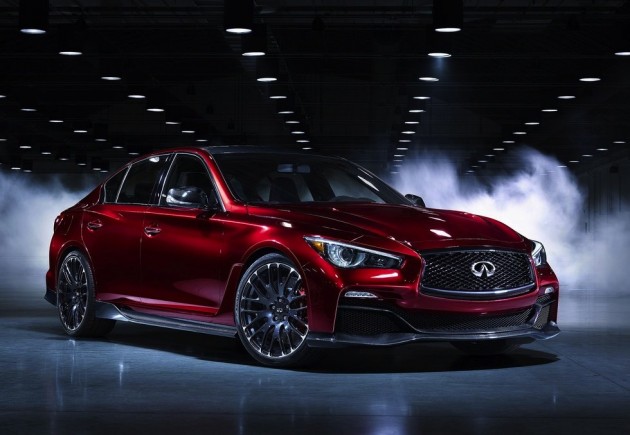 Based on the new Q50 sedan, which is a model designed to compete in the market with cars like the Audi A4, BMW 3 Series, and Lexus IS, the Eau Rouge edition expands on the sporty nature of the car and takes it to the next level with a twin-turbo engine.

The engine is a 3.8-litre twin-turbo V6 producing a whopping 418kW of power and 600Nm of torque. It’s sent through a seven-speed automatic transmission and into an all-wheel drive system with 50:50 torque split between the front and rear axles.

Out on the tarmac this thing promises insane performance. Infiniti says 0-100km/h comes up in under 4.0 seconds, with a top speed just below 300km/h. Johan de Nysschen, president of Infiniti, spoke about the creation, saying,

“Building on the extremely positive feedback on the Q50 Eau Rouge at its recent Detroit Auto Show launch, we decided to further whet the appetite of performance sports saloon fans by engineering this powerful heart into our blood-red beast.” 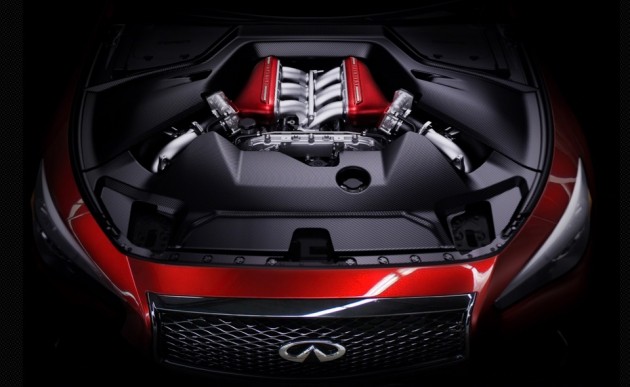 Will it enter production? Well, as much as we would all love to see this beast entering showrooms, Infiniti says at this stage it has not been confirmed. It does provide some insight and inspiration though. Infiniti said,

“The most powerful and exhilarating petrol-powered Infiniti model has not been confirmed for production, but the unveiling of the latest iteration of the Q50 Eau Rouge in Geneva underlines the company’s determination to create engaging performance cars for a premium segment.”

If something like this did enter the market it would take on the likes of the Audi RS 4, BMW M3, and the Mercedes-Benz C 63 AMG. All we can say is, keep your fingers crossed.