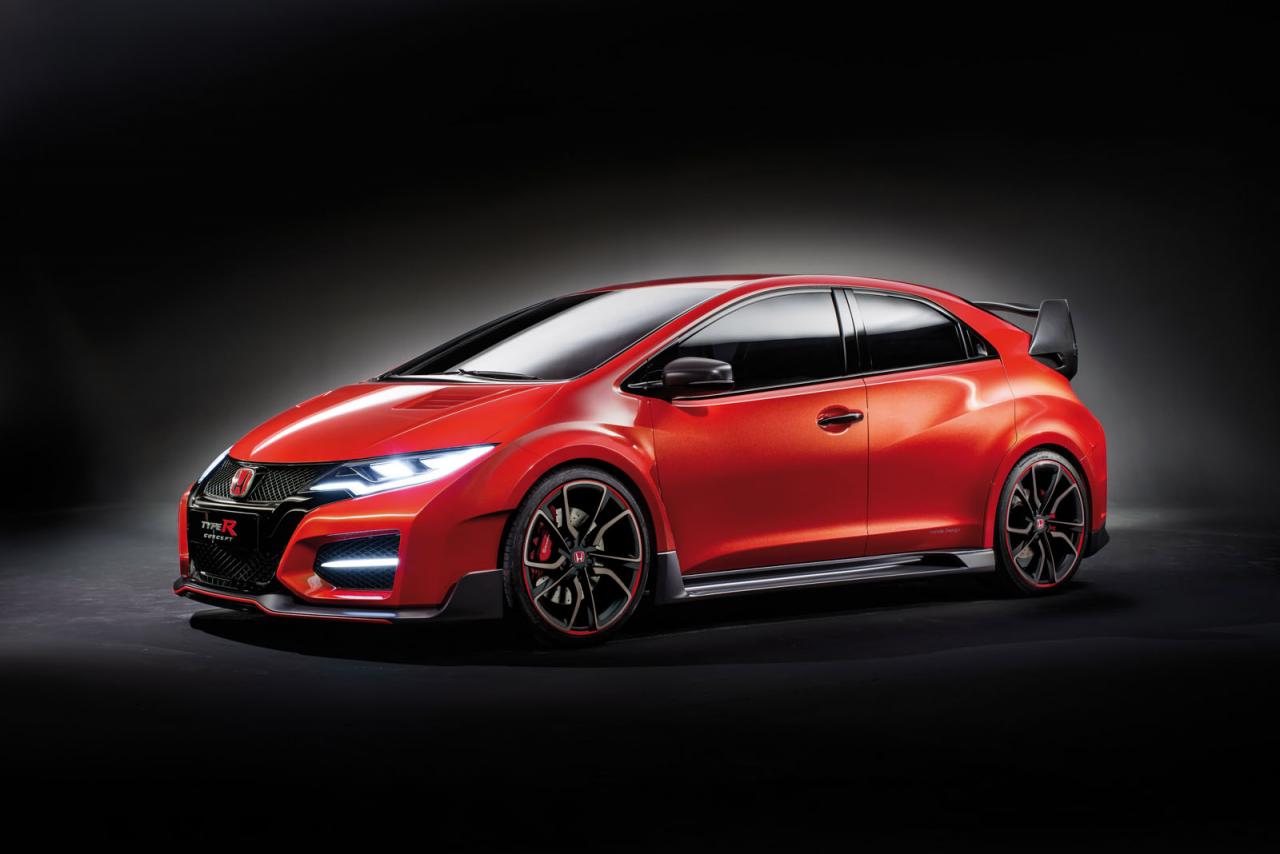 This is a preview to a new car that’s aiming to reset the benchmark of front-wheel drive performance. The 2015 Honda Civic Type R concept. As you can see, it means business. 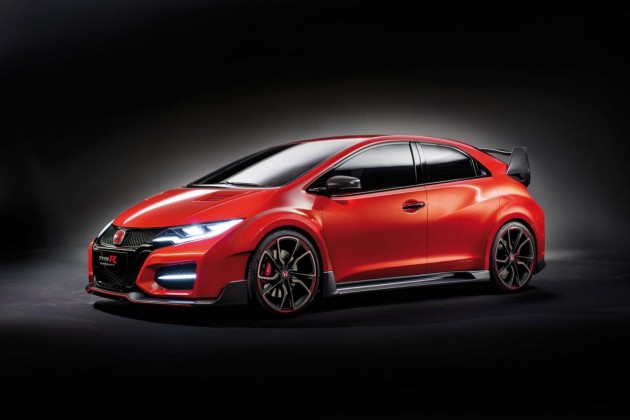 Honda needs this car. In recent years it seems like the Japanese carmaker has lost touch with its enthusiast side, and hasn’t really offered a proper sports car for quite some time. The next-gen Civic Type R is set to change all of that.

It will use the current Civic hatch as the main foundations but from there it goes extreme. The exterior is completely redesigned with a striking yet functional bodykit including a low front spoiler with special vents, some chunky side skirts, a huge rear wing, and an awesomely aggressive rear diffuser with quad-outlet exhausts. All of which have been aerodynamically developed for maximum track performance. 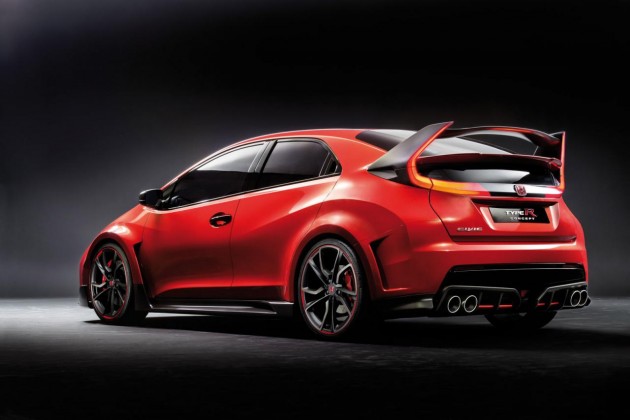 Under the bonnet, Honda has confirmed the production model will come with a new VTEC 2.0-litre turbo engine producing at least 206kW. It will be the first turbo-petrol Honda in years, and it will pass Euro 6 compliance. It’s also expected to offer class-rivalling fuel economy.

Honda’s engineering teams have been honing and tuning the new model in all kinds of conditions all around the world, including on Germany’s famously punishing Nurburgring.

Honda is aiming to break the world record at the ‘Ring for a front-wheel drive production car. The record has just been reset by the SEAT Cupra 280, which posted a time of 7:58.4. Honda will need to produce something astonishing to beat the time.

The production version will hit the market next year. Click play below for more details.