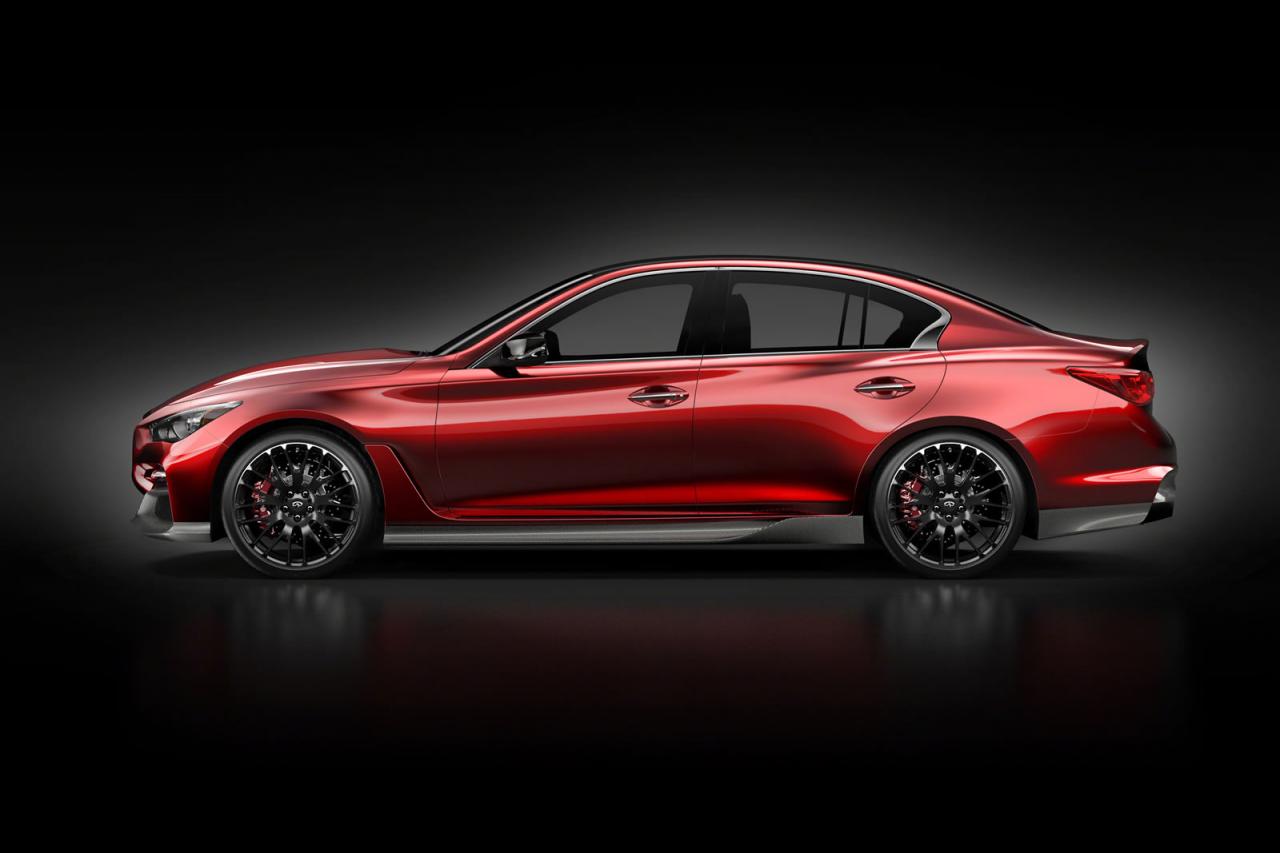 Infiniti has pretty much revealed the Q50 Eau Rouge concept in full ahead of its North American International Auto Show debut next week. The company has just released an image showing the side for the first time. 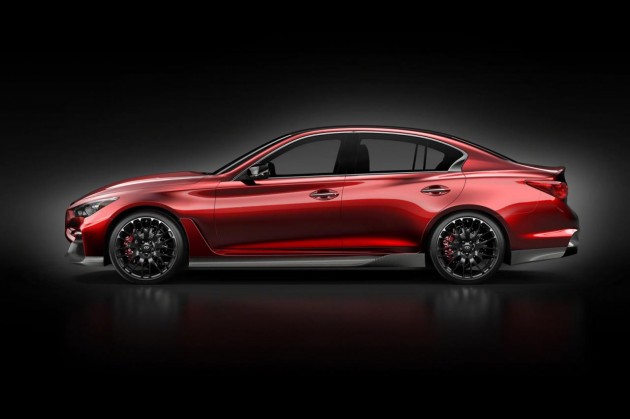 Details on the engine and specifics are yet to be announced. It’s believed it will showcase an uprated hybrid V6 producing around 260kW, which should be enough to see 0-100km/h times within the high 5.0-seconds bracket.

As you can see, the exterior sports a variety of striking elements, with carbon fibre spoilers front and rear, side skirts, and even carbon fibre window trimmings. Most of these aero features have been inspired by Formula One via Infiniti’s involvement in the Red Bull Racing team.

Other highlights include 21-inch dark mesh-style lightweight alloy wheels, a black grille, and a sports exhaust system. The interior is also likely to be heavily revised with a bespoke upholstery and fixtures.

All will be revealed at the Detroit show which starts on January 13.