New images revealing the Infiniti Emerg-E concept have been leaked online, showing the sleek sports car in full detail. Infiniti is planning on giving it a proper unveiling at the 2012 Geneva Motor Show next month. 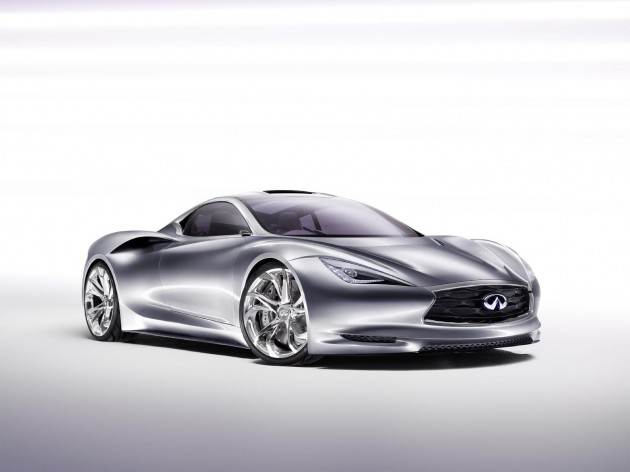 The Infiniti Emerg-E concept is Infiniti’s answer to the growing popularity of super-frugal sports cars. Official details are yet to be revealed, however, Infiniti has said the Emerg-E uses electric power for drive, while a range-extending 1.2-litre mid-mounted engine recharges the batteries on the go.

As you can see, the Emerg-E is a striking piece of work. There’s a low nose which gradually rises up to blend into the bonnet and roof design. The front grille also possesses Infiniti’s latest design philosophy.

At the back, the glass roof forms into the rear engine cover, while the body flattens for a supercar-like presence. One of the intricate design highlights includes the unique rear wings that take in air flow just in front of the rear wheels, with very thin slits letting air back out on the rear deck. 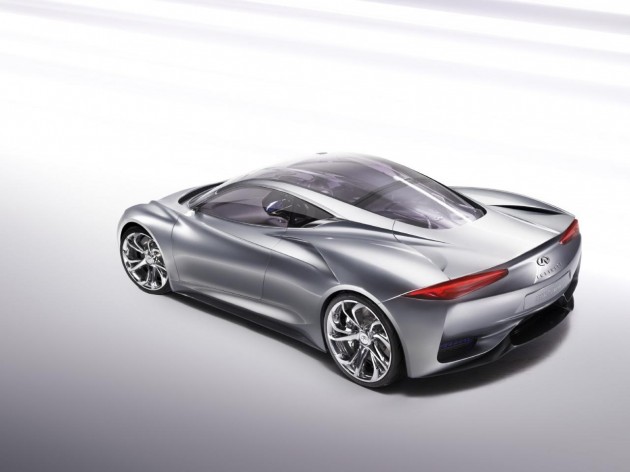 There are no immediate plans for Infiniti to put the Emerg-E concept into production, but the creation will be seen as inspiration for future models to come from the luxury Japanese marque. The Infiniti Emerg-E concept is also a milestone for the company, as it is its first ever range-extending vehicle.

More details are expected at the Geneva show, starting March 6.

Infiniti will launch in Australia during the third quarter of this year, with vehicles such as the M sedan and the FX SUV.