Remember the insane, mutant-looking Mercedes-Benz G 63 AMG 6×6 off-road performance utes spotted in the Middle East just over a week ago? The company has now announced it is planning to put the model into production. 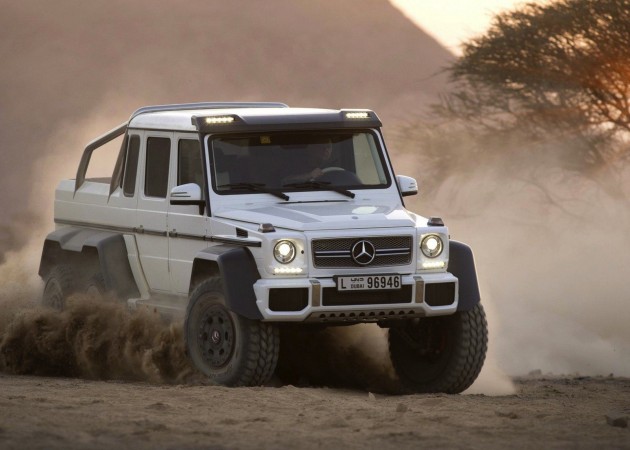 Previously thought to be a one-off special order by a rich client in the Middle East, the G 63 6×6 will actually be available to order in selected markets later this year. Mercedes-Benz will build around 20 to 30 of them, depending on demand.

The go-anywhere pickup features six wheels – three axles – and six-wheel drive. Not only that, the wheel track is widened by 226mm compared with the normal G 63 AMG, with carbon fibre arch flares accommodating for the chunkier tyres and 37-inch military-style wheels. 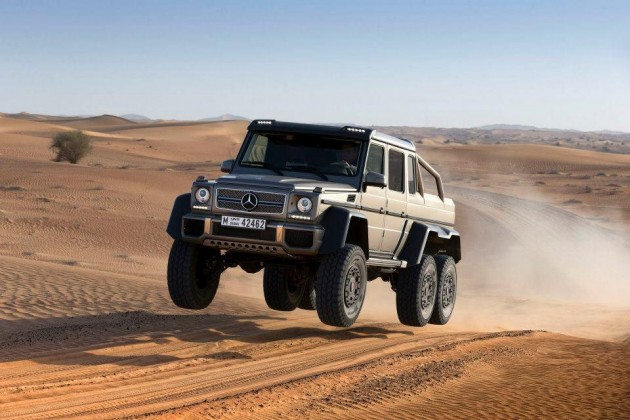 Power comes from a ground-ripping 5.5-litre twin-turbo V8 producing an almighty 400kW of power and 758Nm of torque. With a seven-speed 7G-tronic automatic transmission, the 6×6 is able to cover 0-100km/h in under 6.0 seconds, which is not bad for a 3775kg mammoth machine like this.

In terms of off-road readiness, the G 63 6×6 features a huge 460mm ground clearance – around double what a regular SUV offers – with a 52-degree approach angle and a 54-degree departure angle. 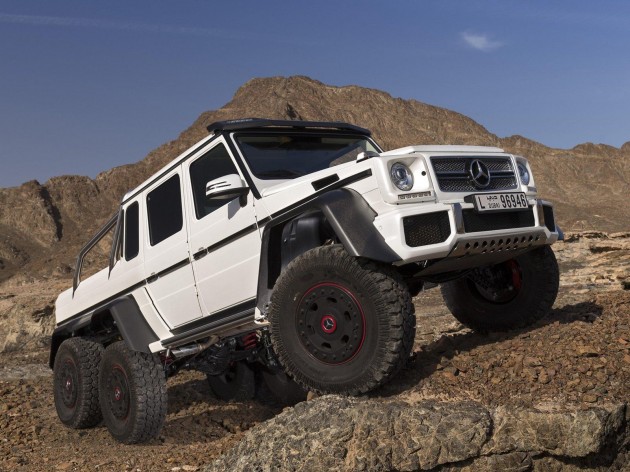 To really hammer home its heavy duty appeal, the 6×6 offers a 650kg payload and comes with a stainless steel roll cage should your adventures get you on the wrong side of gravity.

Inside, like a modern Mercedes-Benz, there’s lashings of leather, a comprehensive multimedia unit with satellite navigation, and electric adjustments for just about everything. There’s also some carbon fibre trimmings to complete the look. 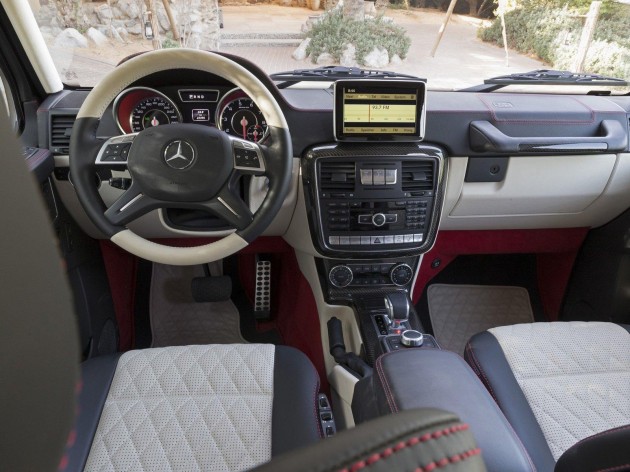 This is one of those vehicles that you could really have some fun in on the weekend. Or, if you really don’t like your neighbour, you could do a nice full-throttle launch in their front yard and rip up six track’s worth of lawn.

The only problem is it is expected to be the second-most expensive Mercedes-Benz on sale when it hits some showrooms in October – well over $500,000.

Click play below to see the cool promo video Mercedes has released.