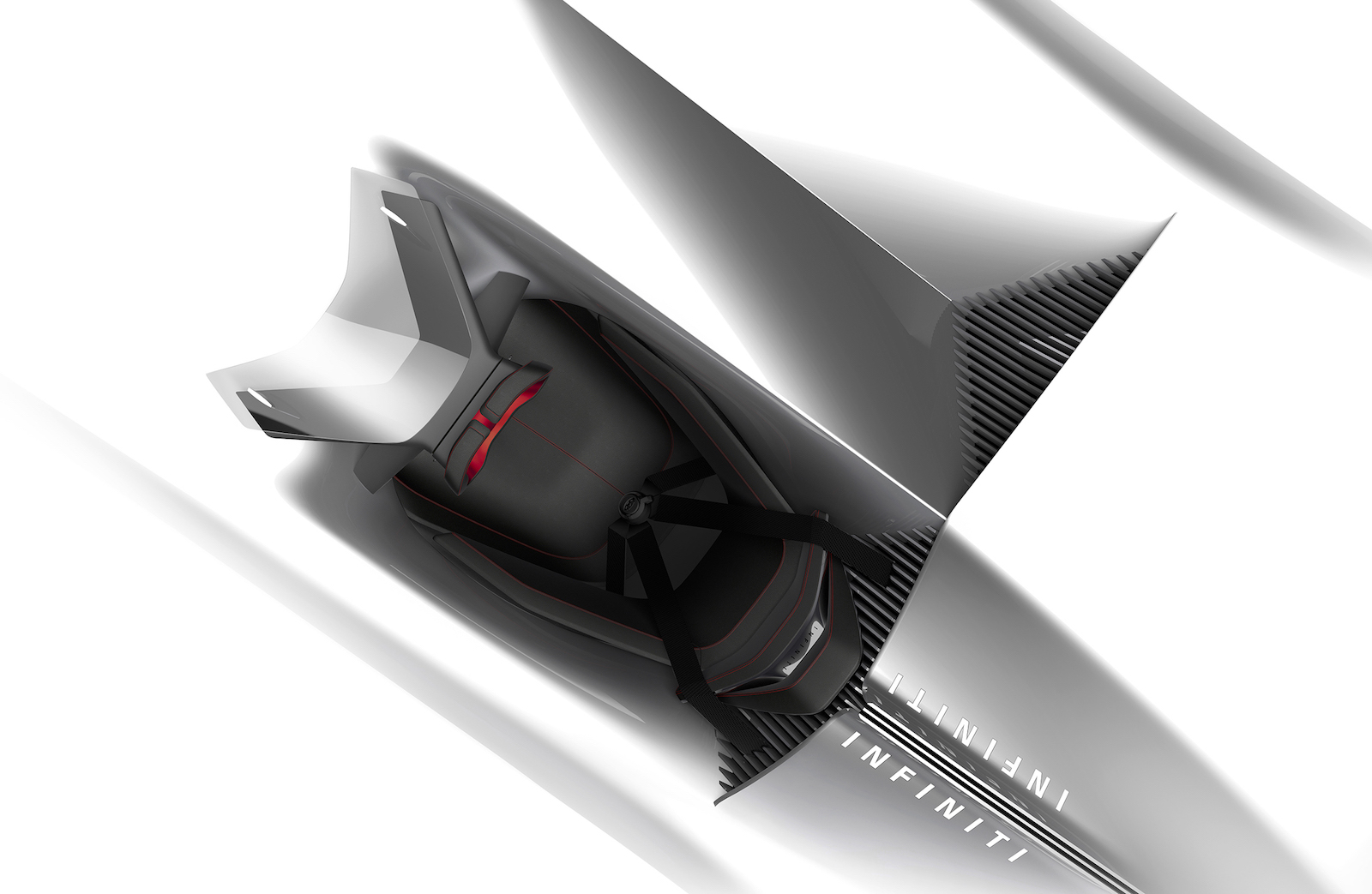 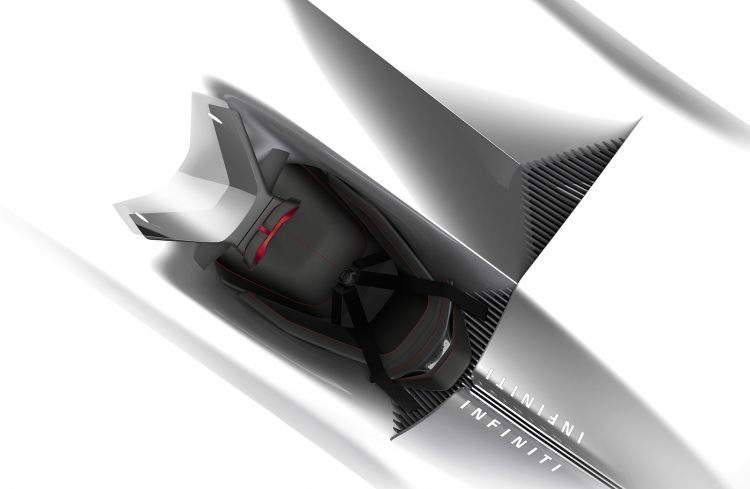 To get people talking Infiniti has released this teaser image which appears to show a top-view of the single-seat cabin. It’s a rather strange teaser but it perhaps gives us an idea of the outrageous design philosophy that the car will showcase.

Infiniti says the concept signifies its intent for future performance using electrification. It’s also the first concept developed under the lead of Karim Habib, the brand’s new executive director of design. He runs teams in Japan, the US, and the UK.

The new concept is described as “striking” window into the brand’s “desire to deliver joy and thrilling performance from electrified powertrains”. As we know, Infiniti is planning to become a fully electrified brand from 2021, so this concept could preview some of the technologies in store for future production cars.

Last year, at the Pebble Beach Concours event, Infiniti unveiled the Prototype 9 concept. It was a retro electric roadster inspired by 1940s Grand Prix racing cars. From this teaser image it looks like the new concept will be just as stunning. All will be revealed on August 23.