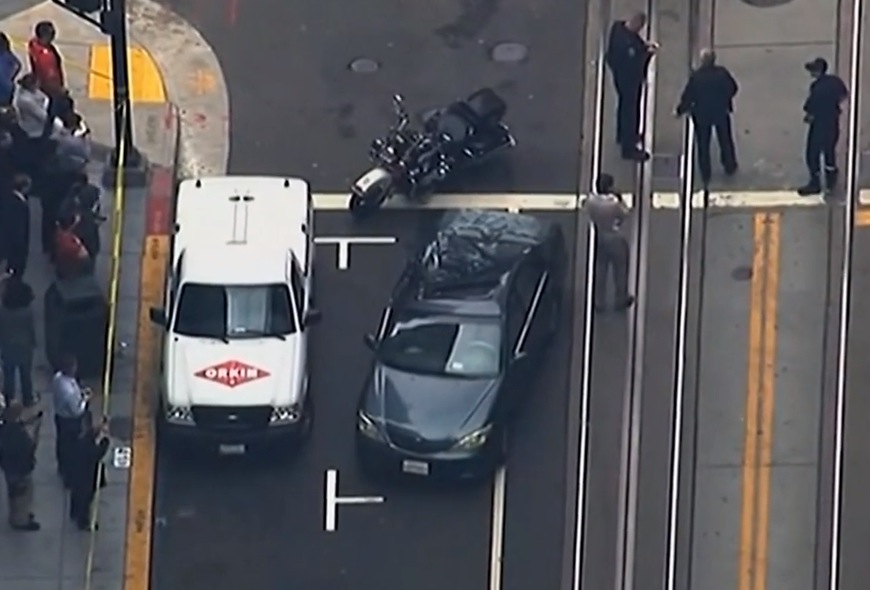 A swift streak of blue and a dull thud, followed by a sparkling shower of glass droplets. That was what the astonished eyewitnesses heard and saw when a man washing windows fell down a San Francisco building last Friday. 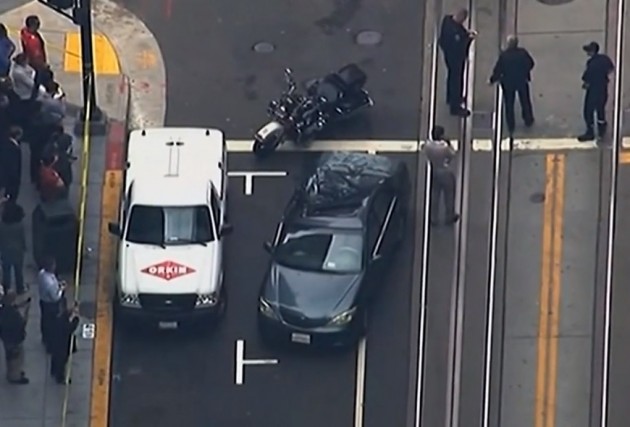 His terrible scream rent the air as Death sinisterly lurked around the corner – or, in this case, 100m below on the pavement. But then a green Toyota Camry hit the scene, and the parking-spot-hunting vehicle instantaneously became a life-saving cushion as the man smashed on its roof. Both the driver and the window washer miraculously survived the crash.

According to police statements, the anonymous man and his colleague were shifting their material on top of the building when something went horribly wrong and the former suddenly seemed to head for a fatal blow. The Fates were ready to cut his frayed thread of life, until Mohammed Alcozai unsuspectingly made a left turn in his Toyota Camry. The next moment, he and his moving car were abruptly stopped by a loud noise and a very heavy impact.

The victim completely crumpled the roof and shattered the rear windscreen together with some side windows, but was still conscious despite profuse bleeding. Alcozai, on the other hand, appeared to be shocked yet unhurt. He saw how paramedics brought the window washer to the hospital, which reported shortly afterwards that the patient was in a critical, but stable condition.

Toyota’s latest Camry secured a ‘Top Safety Pick+’ label at the Insurance Institute for Highway Safety (IIHS) after successfully sustaining a series of crash tests. Those included a roof crush test, to verify if the car can effectively bear four times its own weight pressing on the driver’s corner of the roof. The Camry passed with flying colours, although the Toyota team never in a million years thought that that weight could ever be an actual human body.

We strongly advise you not to try the 11-story fall as a roof crush test on your own car. No, not even on your annoying neighbour’s Toyota Camry. See below for some footage of the aftermath.