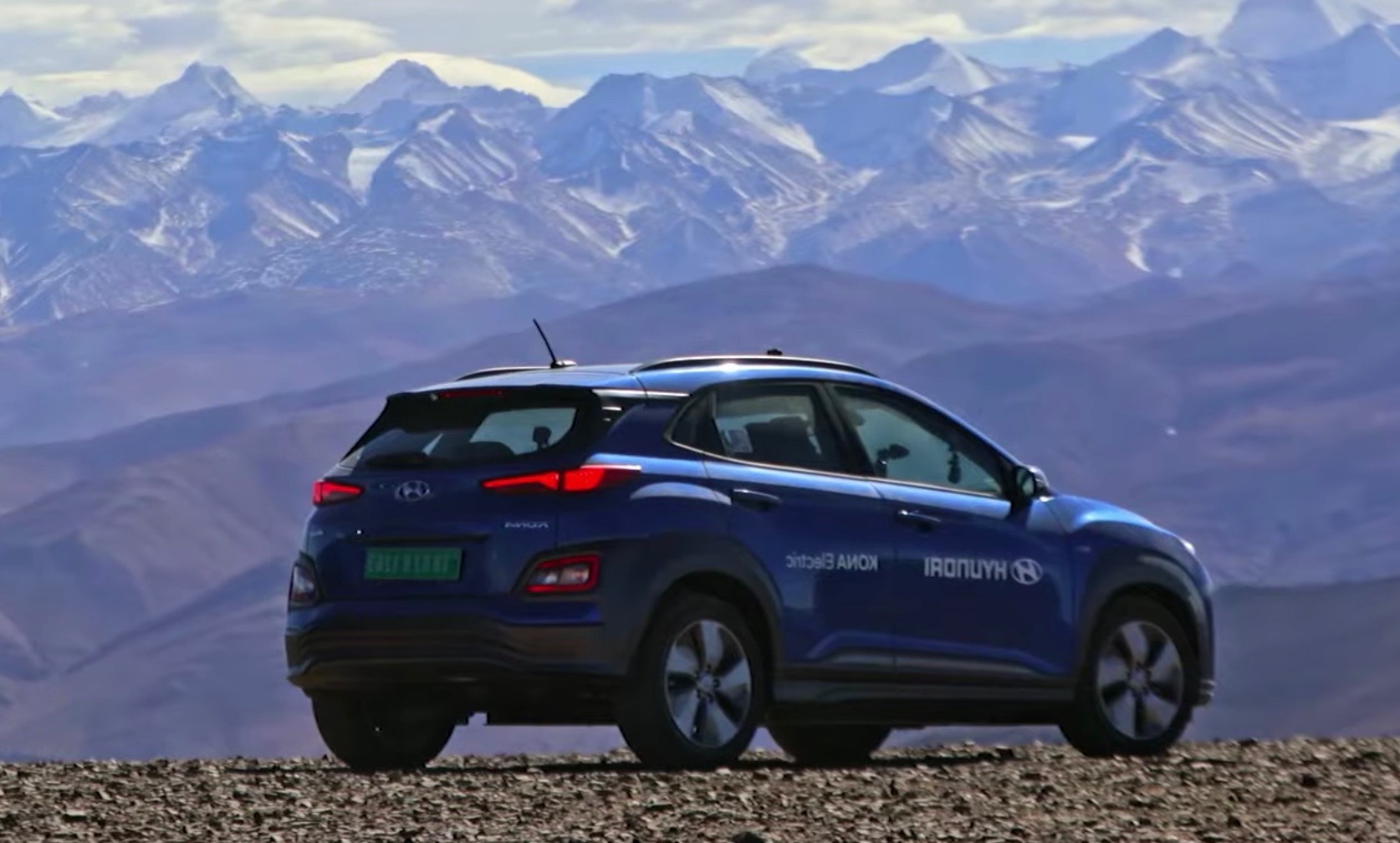 Hyundai has set a new Guinness World Record with its Kona Electric small SUV, taking the EV higher than any other production electric vehicle in the world. It reached over 5.7km above sea level. 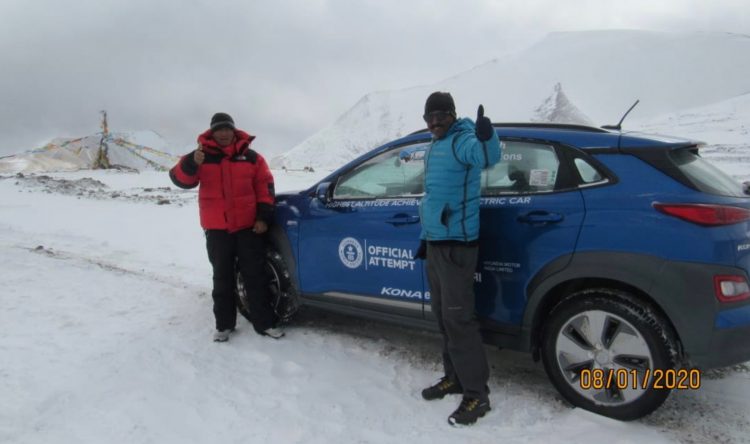 The expedition was put together by Hyundai Motor India, taking the Kona Electric up Sawula Pass in Tibet to an altitude of 5731 metres, near the northern Everest Base Camp. This is the highest an electric vehicle has ever been, according to the Guinness World Records, beating the previous record of 5715.28m.

To put that into perspective, that’s well over twice the height of Australia’s highest mountain, Mt Kosciuszko (2228m), and around 3100m below the world’s highest mountain, Mt Everest (8848m). What’s the big deal? Well, taking on such a climb involves braving very harsh conditions, which, in turn, gives us a sense of the reliability and capability of the electric powertrain.

Some of the conditions encountered included very low temperatures, constant snowfall, and icy terrain. As you can probably imagine, the stability control system on the Kona would have no doubt had a big workout during the journey. However, Hyundai says no performance issues were experienced climbing to the destination. 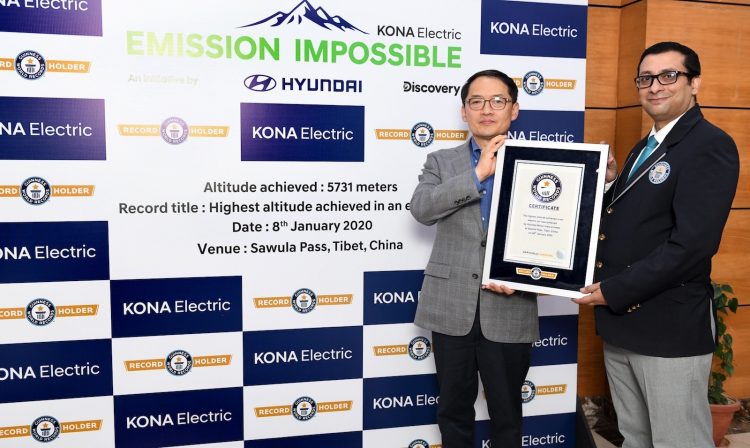 The Kona Electric features a 65kWh battery wth an output of 356 volts. This powers a single electric motor for the front axle (front-wheel drive), providing 150kW and 395Nm – it is the most powerful Kona in the range. On a full charge the system offers a WLTP-rated range of 449km.

During the climb Hyundai used portable chargers to keep the Kona topped up overnight, while regenerative braking helped boost the range on the return trip back down the mountain. The company says no issues were experienced during charging, even in the extreme conditions. Speaking about the record, Rishi Nath, adjudicator for Guinness World Records, said:

“A new precedent has been set for the record as – Highest Altitude reached in an electric car. I would like to congratulate Hyundai Motor India for having achieved this and setting new benchmark in the annals of history.”

A documentary on the climb, called Emission Impossible, premieres in India on January 26 on Discovery & TLC. Check out the previews below for more.