Noble has revealed a rather intriguing rendering of a Noble M600 roadster. The company has said there are no immediate plans for such a model, but, in light of this image, it’s certainly something to ponder. 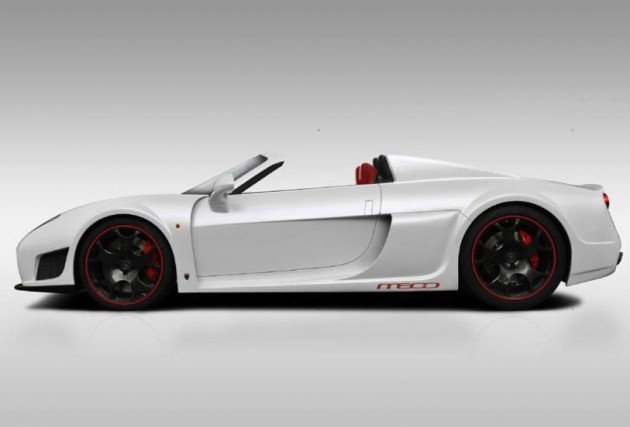 In a recent Autocar report Noble boss Peter Boutwood said there are no plans for a droptop version of the M600, however, he  hinted that it is “not completely out of the question”, especially if there is enough demand for it.

The rendering shows what a roadster version could look like, showing off sleek lines and a lower overall profile. It’s unknown if a hardtop roof would be retractable of completely detachable, but by the looks of those thick rear buttresses behind the cabin, a detachable item is probably more likely.

In the engine compartment of the normal M600 coupe sits a 4.4-litre twin-turbo V8 engine producing an astounding 485kW of power and 818Nm of torque. Acceleration from 0-100km/h can be taken care of in just 3.0 seconds, even with its six-speed manual transmission.

A droptop version would certainly go down well, and give the competition something to worry about. We’ll keep you updated on any announcements.