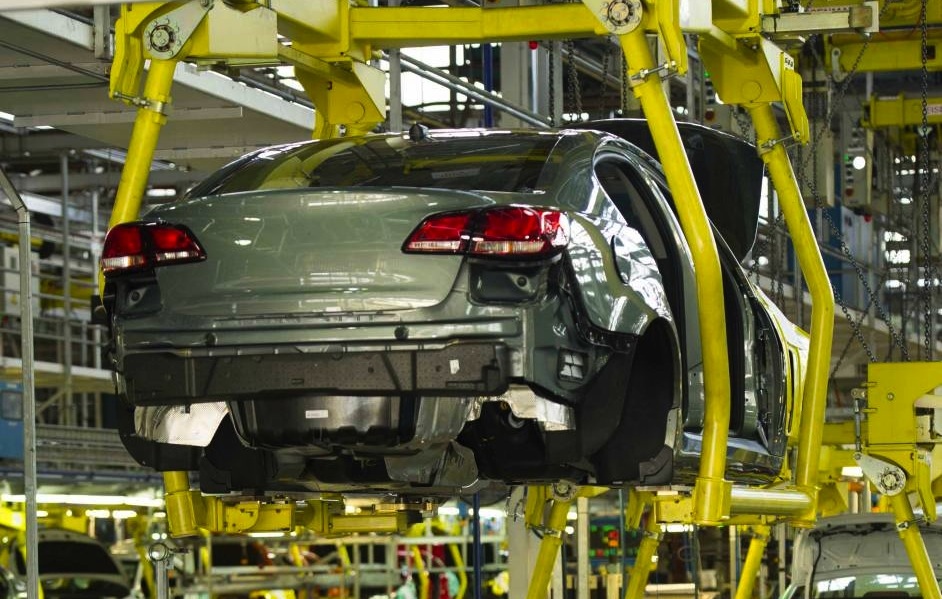 It was only last week that we saw production of the VE Commodore come to an end, however, Holden has wasted no time in beginning work on the VE’s successor, the VF Commodore. Production of the VF officially begins today at Holden’s Elizabeth assembly plant in South Australia. 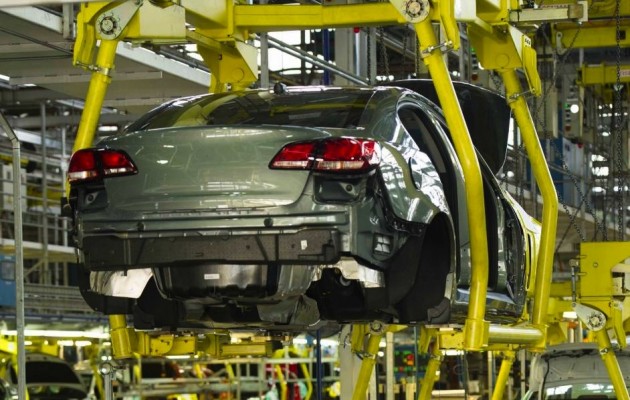 The first VF model to roll off the assembly line was a Calais V V8, which features a 6.0-litre V8 and six-speed automatic. Prices for the VF Calais V V8 will start at $52,990, plus $550 for prestige paint options.

The VF Commodore sees the use of aluminium panels, an Australian first, for both the bonnet and boot lid. Overall this saves 10.4kg of weight compared with the steel panels used on the VE.

All VF Commodores will be equipped with technology such as auto park assist, Holden’s MyLink with Siri Eyes system (for compatible devices), and a rear view camera. Prices for the new entry-level VF Commodore Evoke will start from $34,990.

VF models include the new base model Evoke (which replaces the Omega and Berlina), SV6, SS, SSV, SSV Redline, Calais, and Calais V. 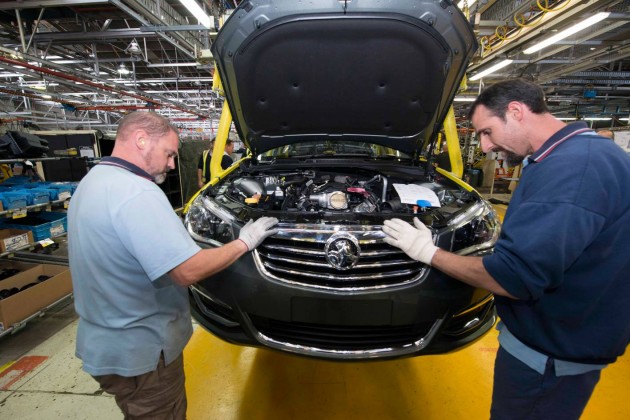 “I’m really proud of what we have achieved with the VF here in our Elizabeth plant.

“Our facility and workforce is world-class. We manage an incredible amount of complexity at HVO and incorporating the VF’s sophisticated body structure into an already diverse plant has been a challenge that the team has executed with skill and ingenuity.

“We have implemented a huge number of process and system improvements and the results speak for themselves. The VF is quite simply the best quality car Holden has ever built.

“Holden has already received global recognition for innovation and productivity in our Elizabeth plant. Now not only do we build the only small car in Australia, the Cruze, but with the cutting-edge new VF we have taken another crucial step in ensuring Holden remains a globally competitive manufacturing base.”

With the production of the entire VF range commencing at Holden Vehicle Operations, we can expect Holden dealers across Australia to welcome the new model in the coming weeks. Stay tuned for our full review.

Below is a video of a 2014 Holden VF Commodore SSV being assembled at Holden’s Elizabeth production plant.