Spaniard Fernando Alonso has had plenty of memorable victories in his career, but few will match the efforts of his 29th career victory in front of his home crowd in Valencia for the 2012 European F1 Grand Prix. 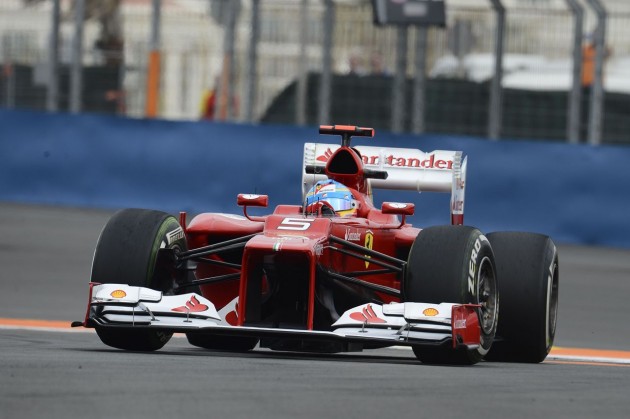 The Ferrari driver started down in 11th position, but problems for Red Bull Racing’s Sebastian Vettel and Renault’s Romain Grosjean saw the local crowd go wild as he took victory on the street circuit. Alonso said post race that it was “probably the best victory I have ever felt emotionally”.

For the first 29 laps, Sebastian Vettel was off on his own in the lead and looked certain to cruise to victory. But a safety car brought back the field and he was again put under pressure.

At the restart, Vettel led Grosjean and Alonso. But the Ferrari driver pounced on Grosjean to take second before the Red Bull of Vettel shut down completely while leading. Grosjean’s car did likewise just seven laps later.

It all fell in Alonso’s hands from there. The man behind him, McLaren’s Lewis Hamilton, began to drop off the pace with worn rear tyres. Lotus’s Kimi Raikkonen cruised past him to take second before Williams’ Pastor Maldonado found himself right on the back of the British driver’s gearbox. But the pair came together, sending Hamilton into the wall and out of the race. Maldonado’s damaged front wing also saw him drop down the order.

The man that came through and picked up the final podium place was seven-time world champion Michael Schumacher who became the oldest driver since Australian Sir Jack Brabham in 1970 to be on a grand prix podium. Schumacher said post race he didn’t even know he had scored his first podium in six years until he asked his team over the radio where he had finished. “Finally it happened”, the German said post-race.

The German Mercedes driver was lucky however to hold off a fast finishing Mark Webber. The Aussie battled his way from 19th on the grid to fourth after his Red Bull suffered mechanical problems the previous day in qualifying. But his RB8 did last the distance and he was one of the fastest men on the circuit on soft tyres in the final few laps.

Webber therefore moves up to second in the championship, 20 points behind leader Alonso. 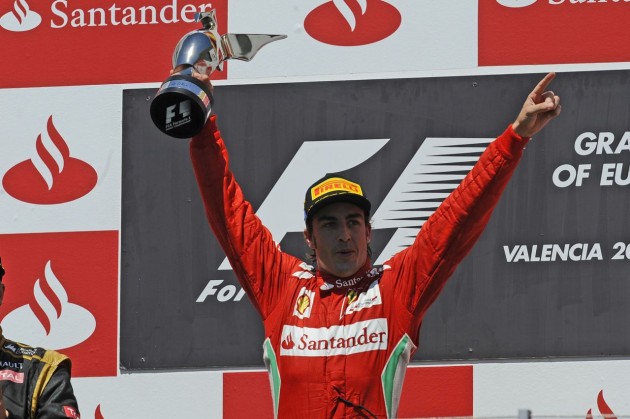 Alonso took the championship lead and became the first man in 2012 to take two race victories after eight grand prix.

The next race will be at Silverstone in Great Britain on July 8.