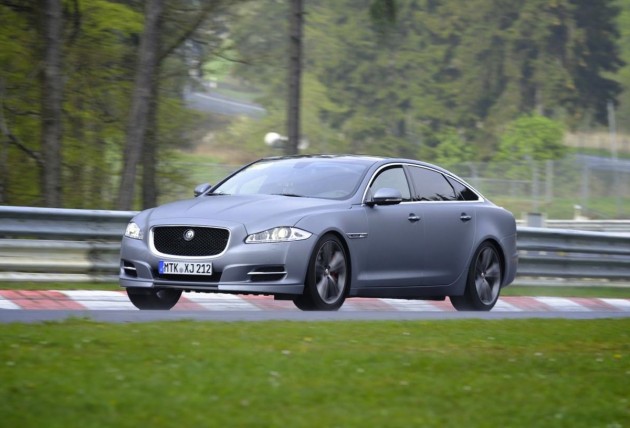 Like the BMW M5 Ring-Taxi, Jaguar is offering passengers joy rides around the world famous circuit in Germany. The taxi service operates from one of Jaguar’s test facility headquarters, which is set up right near the track.

Much of the Jaguar XJ Supersport taxi is left standard, including the 5.0-litre supercharged V8 engine which produces 375kW of power and 625Nm of torque. It’s able to propel the large luxury sedan from 0-100km/h in 4.9 seconds, and, thanks to the Speed option, the 250km/h speed limiter has been lifted to 280km/h.

Frank Klaas, global head of communications at Jaguar Land Rover, recently spoke about why the XJ was chosen for the taxi service. He said,

“We’ve been running a successful Nurburgring driving programme from our Nordschleife engineering test centre now for some time, as it’s the very best place to demonstrate the dynamic abilities of the current Jaguar XF, XJ and XK models.

“Of these models, we found it’s the XJ Supersport that most often surprises journalists with its speed simply because they perceive it to be a large luxury car. The XJ is both those things, of course, but its aluminium architecture means it’s rigid and lightweight too, which make it a very good car on track.

“To underline that fact, our engineering team created this special Nurburgring taxi version in which our trained drivers can safely take passengers on very hot laps.” 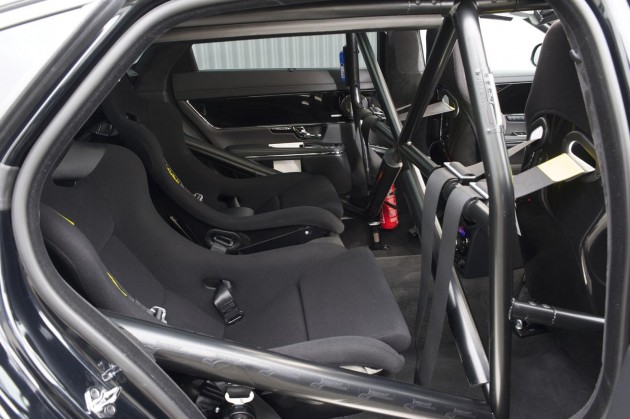 The special Jag features four bucket seats instead of the original leather items, a full roll cage for further safety and rigidity, while on the outside the XJ ‘Sport’ option pack showcases subtle front and rear spoilers, black trimmings, and 20-inch alloy wheels.