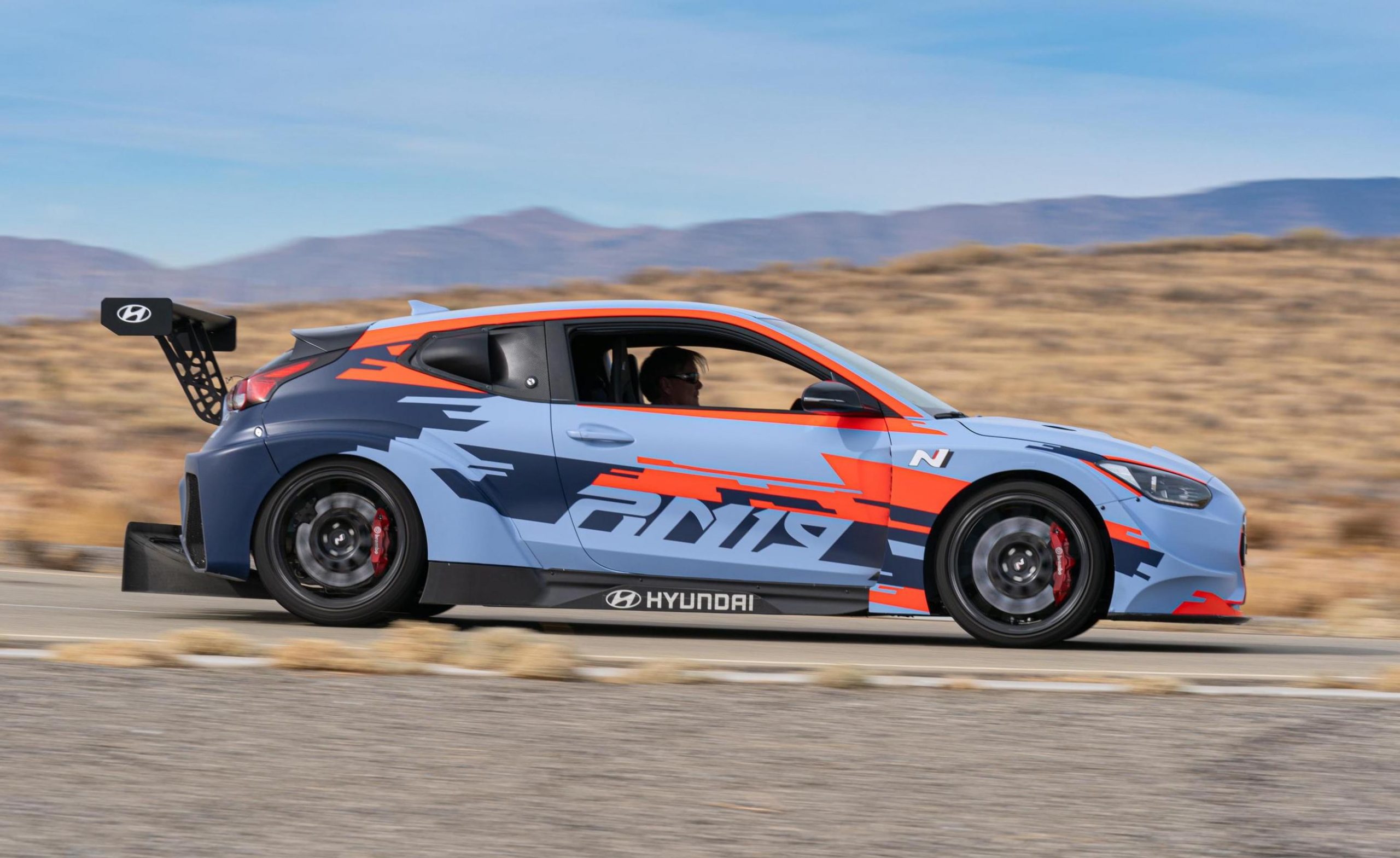 Hyundai has unveiled an evolution of its mid-engined Veloster-based concept, this time called the RM19 Racing Midship Sports Car. It makes its public debut at the Los Angeles auto show this week. 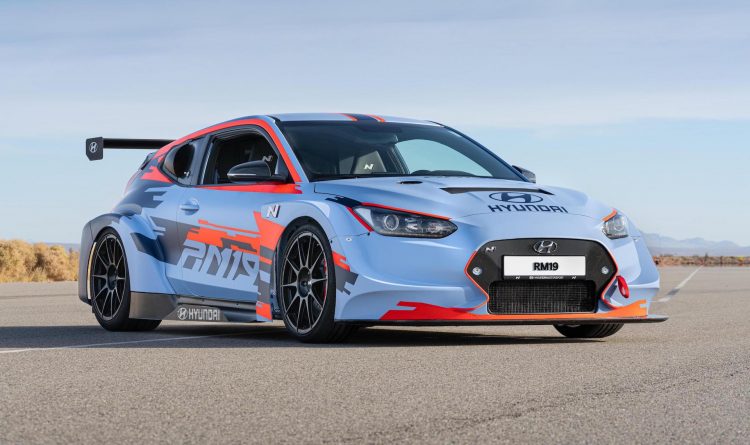 You might remember the RM14, RM15 and RM16 concepts from a few years ago. RM is a crazy project which takes the Veloster as a base, and completely strips the interior, undercarriage, and engine bay, leaving a mid-mounted turbo four-cylinder engine sitting behind the front seats, with rear-wheel drive.

For the RM19 concept, Hyundai’s N division is taking the motorsport path even further. You’ll probably notice the massive rear wing and protruding diffuser, and the more serious and fully moulded front splitter system which extends to the front wheel arches and even forms part of the side skirt. 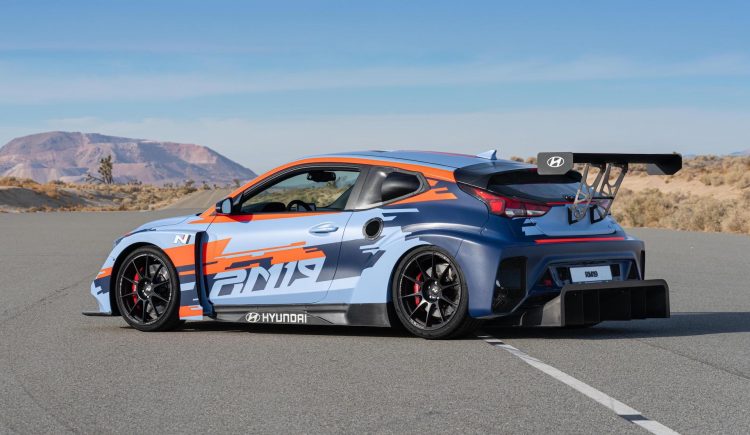 In the back is a 2.0-litre turbo four-cylinder engine that produces 291kW (390hp). This unit is actually very similar to the unit that powers the Hyundai N TCR racing cars. Propelling the RM19, Hyundai predicts a 0-60mph (97km/h) time of under 4.0 seconds.

The rest of it is pretty much full-on race car spec. There’s an aluminium extrusion front subframe, and steel tube and plate rear subframe, along with a TCR-spec six-speed sequential transmission, six-piston front and four-piston rear brakes, with one-piece forged aluminium wheels.

Although the RM19 is just a concept at this stage, Hyundai N is known to be developing and toying around with various ideas for future production models. As far as we know there is a halo sports car coming, which could be derived from the RM project. 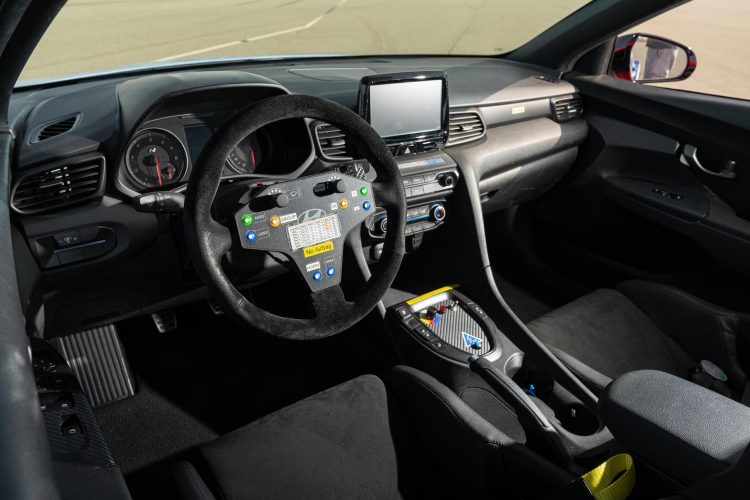 However, the next N model to hit the showrooms is likely to be based on the i20, with the Kona and Tucson also expected to receive the proper treatment down the track. Speaking about the RM19, Albert Biermann, head of global research and development for Hyundai, said:

“The RM platform is a versatile engineering testbed, allowing effective evaluation of various powertrains and performance levels, all on normal roads and environments. Throughout the evolution of the RM series, our engineers have gained tremendous hands-on knowledge of high performance vehicle dynamics with various front-to-rear weight distributions coupled with the effects of a fully-weighted, high-strength body structure on vehicle performance.”