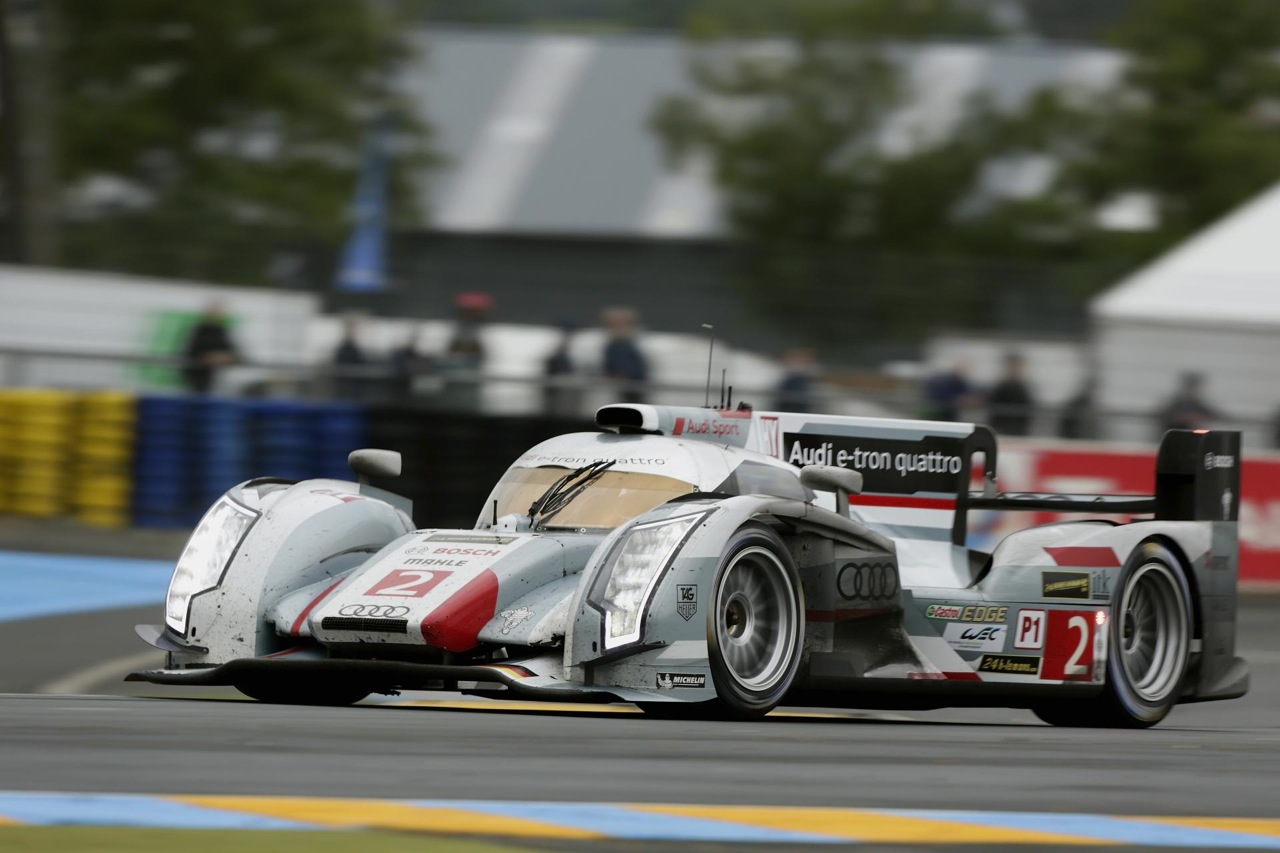 Audi has done it again, winning the prestigious Le Mans 24 Hours endurance race in France. This is Audi’s second win in a row for the LMP1 class, and the company’s 12th win in Le Mans history. 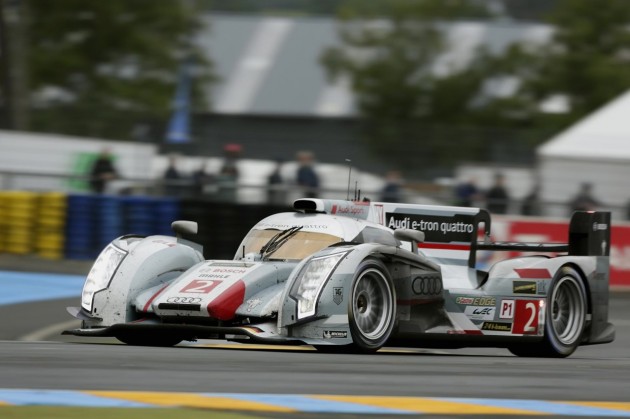 The winning R18 was piloted by Loic Duval, Tom Kristensen and Allan McNish, finishing one lap ahead of second place rivals in the number 8 Toyota TS030 Hybrid. The Toyota was driven by Anthony Davidson, Sebastien Buemi and Stephane Sarrazin.

Rupert Stadler, chairman of the board of management of AUDI AG, who attended the event as usual, said,

“We owe the twelfth victory of our brand at Le Mans to the consistent, innovative spirit of our engineers, the unconditional commitment of the entire team and the skills and strong nerves of our drivers. On behalf of Audi, I extend my sincere congratulations on this success to all of them.”

Making up the final podium position was another Audi R18 e-tron, driven by Lucas di Grassi, Marc Gene and Oliver Jarvis. All teams had a hard battle for most of the race, dealing with lots of rain and accidents, and eleven subsequent safety car deployments.

In other classes, LMP2 was dominated by the OAK Racing Morgan-Nissan team with a 1-2 finish. The GTE Pro class winner was Lieb/Lietz/Dumas in the Porsche AG Team Manthey Porsche 911 RSR, while the GTE-Am class was taken by Narac/Bourret/Vernay in the IMSA Performance MATMUT Porsche 911 GT3 RSR.