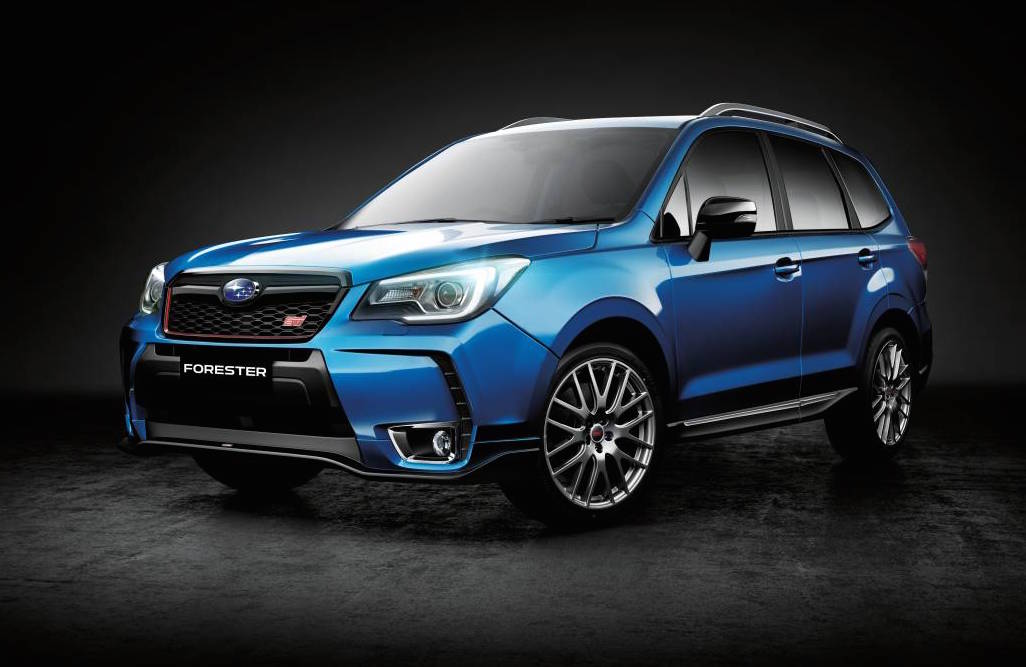 Subaru Australia has confirmed the STI-developed Forester tS will land in local showrooms next month, with the order books already filling fast. 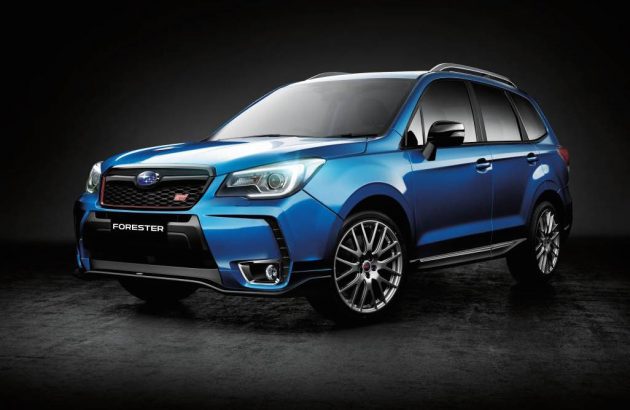 The tS is described as the “ultimate version” of Subaru’s sporty turbocharged SUV. It features plenty of STI influence that not only boosts the Forester’s visual appeal but also the driving performance and handling.

In the mix of upgrades are a set of Brembo four-piston front and two-piston rear brakes, hiding behind 19-inch STI Enkei alloy wheels. There’s also an STI-tuned suspension setup with red coil springs that are lowered 15mm, along with revised dampers, stiffer stabiliser bushings, and an STI rear sub-frame support and front strut tower brace.

Cosmetically, there’s a pair of black side mirror caps, a black roof spoiler, red highlights around the front grille and new bumper bar, STI and tS badges, and an overhauled interior with STI gauge cluster, suede trimmings with red stitching, and a red STI start button.

As for the engine, it’s the same 2.0-litre turbo four-cylinder that’s used in the Forester XT, developing 177kW and 350Nm. Unfortunately, this is matched to a CVT automatic transmission with no manual option. Speaking about the new variant, Nick Senior, Subaru Australia’s managing director, said:

“Arguably it is the only true sports SUV under $80,000. And with its rarity and Subaru’s renowned retained value, it is bound to be one of the first collectible SUVs. When we flagged Forester tS late last year, the customer enquiries went through the roof and the end result is we’re already wishing we’d ordered more than 300.”

The Forester tS officially arrives in local showrooms in June. Prices start at $54,990, or just $7000 above the regular XT Premium (minus the sunroof). This is despite packaging together $12,000 in added features. 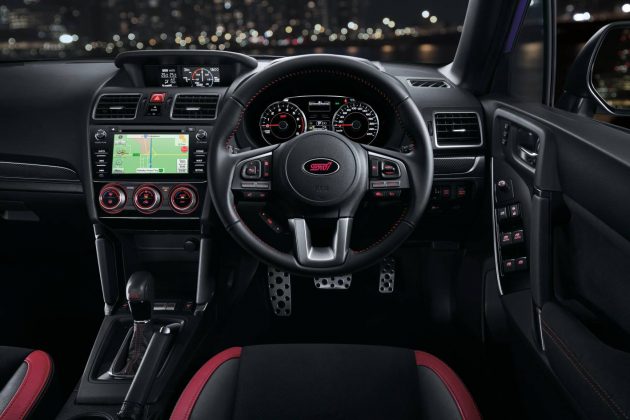