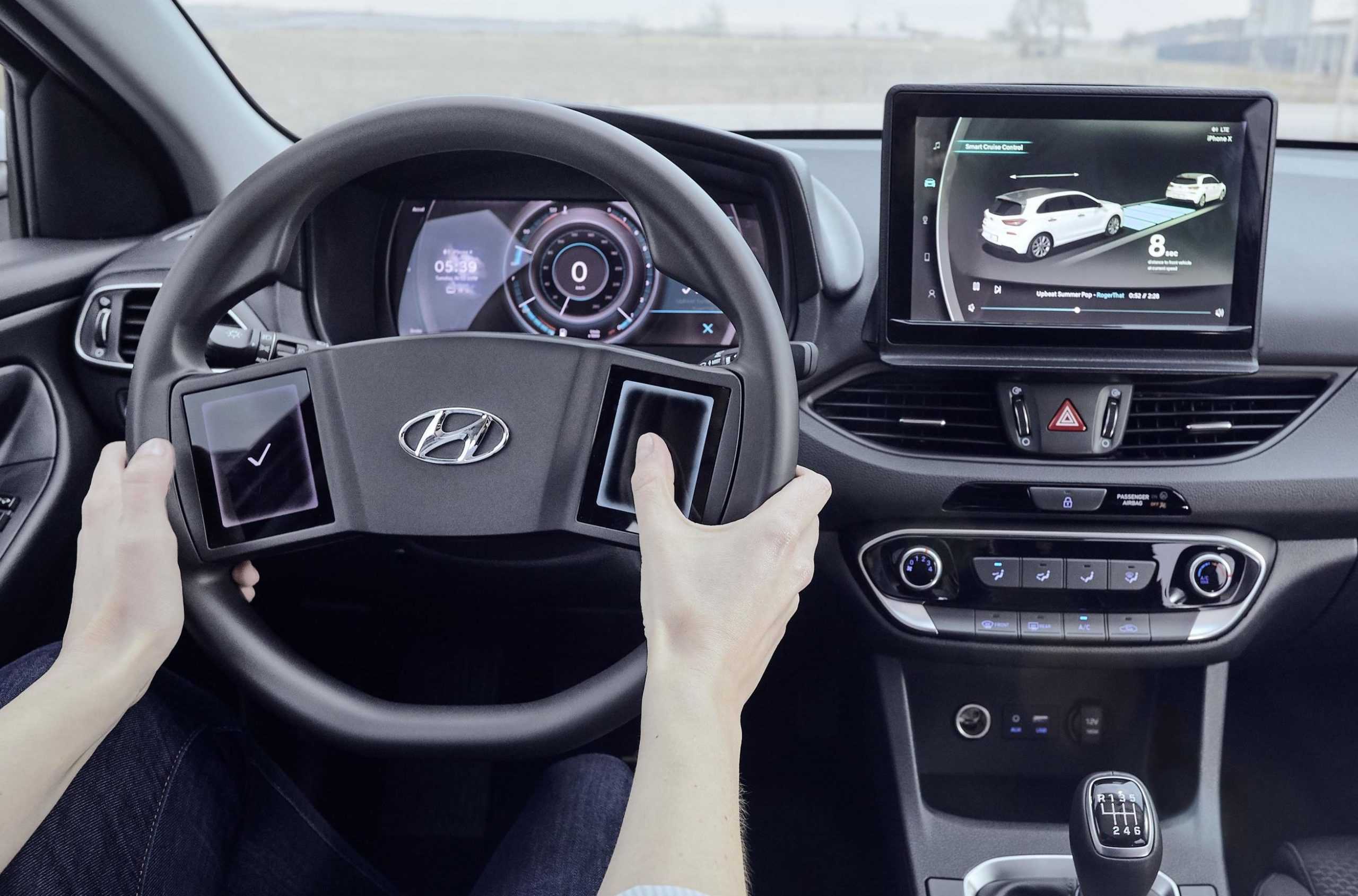 Hyundai has unveiled an interior concept study which could give us some clues of the future design direction of the company’s upcoming cabin layouts. A virtual cockpit was fitted to an i30 to showcase the all-new layout. 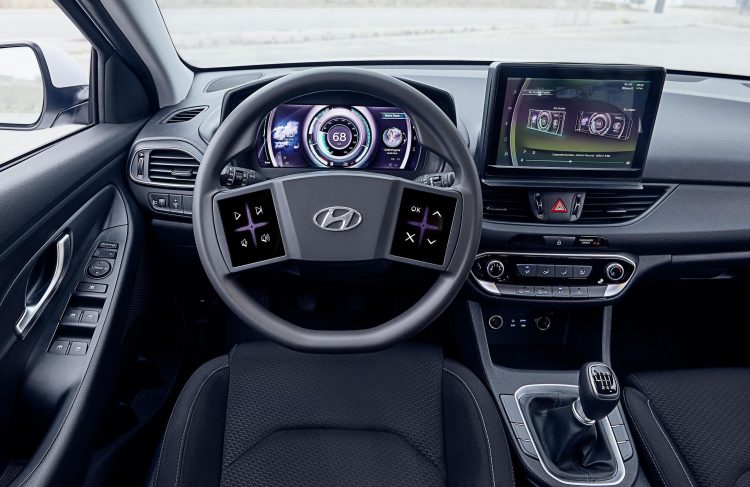 The concept features an advanced digital instrument cluster that incorporates a multi-layer display (MLD). This essentially brings in two levels of display content, stacked at 6mm apart. Using this layout provides a 3D-like experience, with important information displayed in a way to guide the user’s focus while reducing distraction.

Paired with this, the steering wheel also includes two digital touch displays. These can be configured in a number of ways, with buttons offering strong and consistent haptic feedback during operation. This makes it user-friendly for the driver, and reduces distraction.

These displays are also tied in with a central media tablet-style system on the dash, which also features advanced haptic feedback. The feedback provides a more definitive confirmation of each selection, improving user-friendliness while reducing distraction. Users can configure the central display in a multitude of ways. 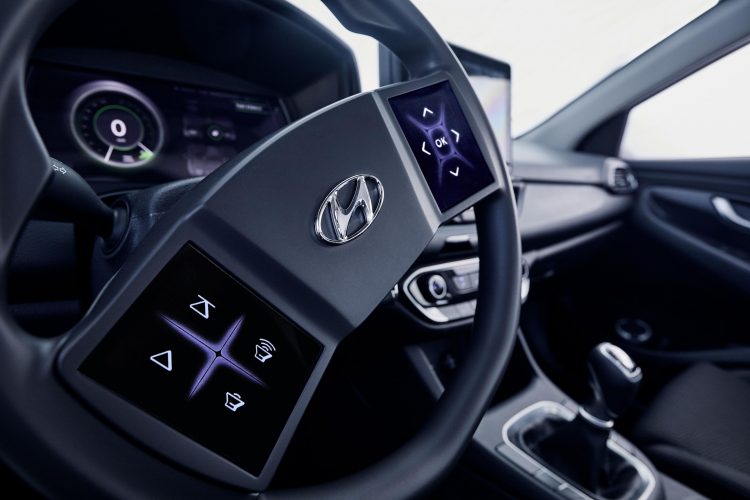 Although the interior concept is just a study, various elements could soon inspire features seen on future Hyundai production cars. Hyundai says it is constantly working on future solutions to integrate the latest communication technologies into its cars.