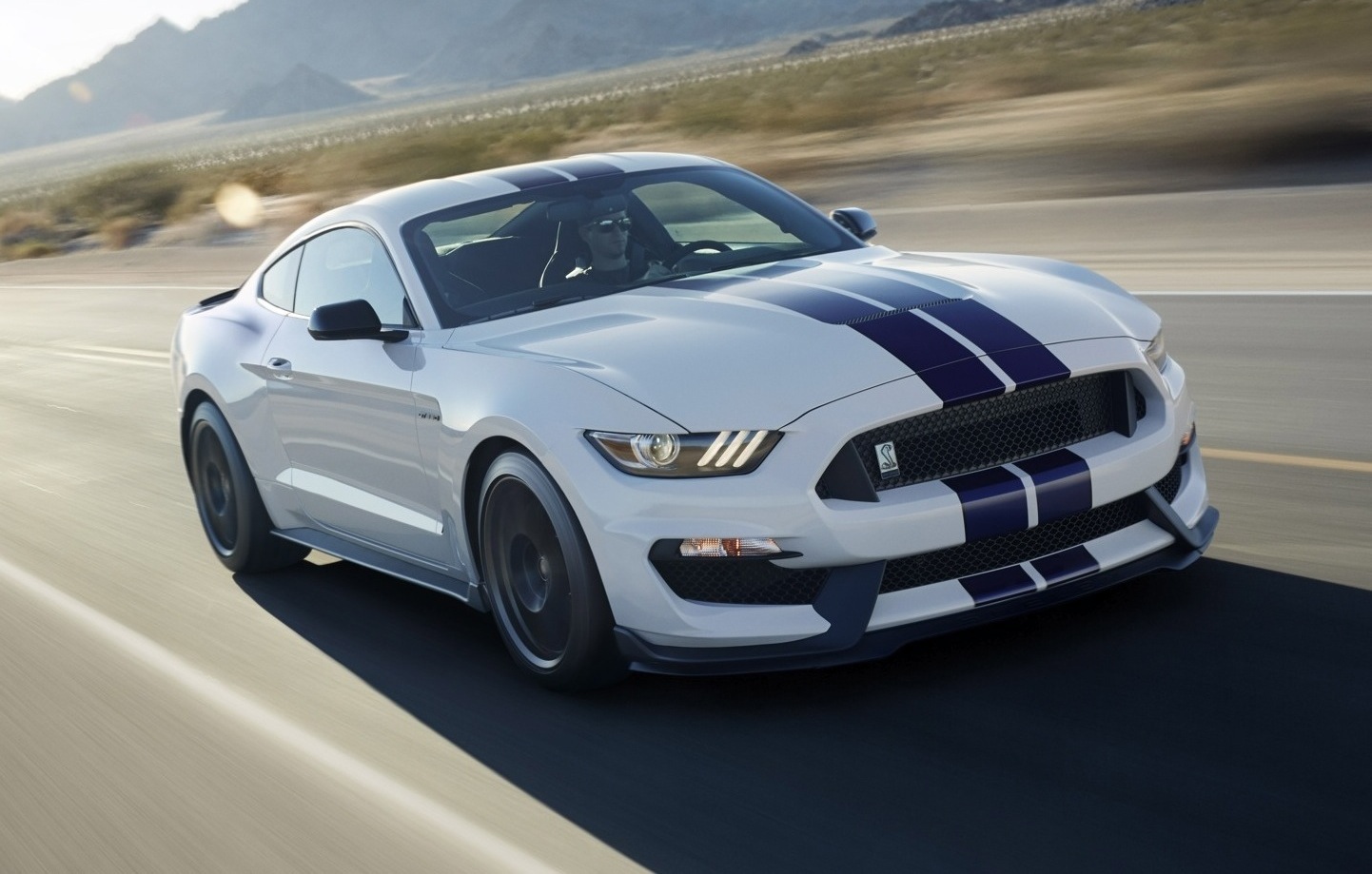 The all-new 2015 Shelby GT350 has been revealed, presenting notable upgrades to the suspension, power, and braking capabilities of the sixth-generation Ford Mustang. 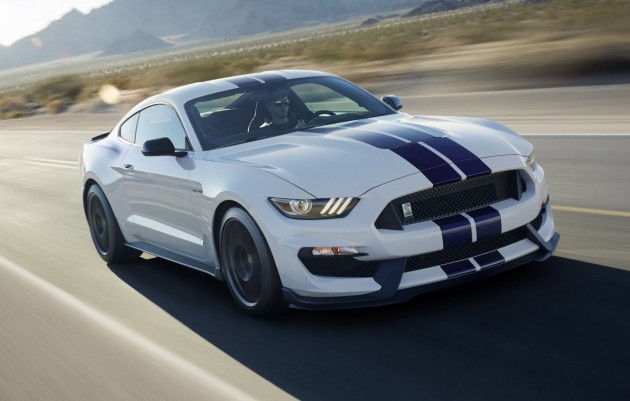 Ford says the GT350 follows Carroll Shelby’s original idea of “transforming a great everyday car into a dominant road racer”. Under the GT350’s bonnet is a 5.2-litre V8 that features a flat-plane crankshaft that has been designed to thrive on revs. Ford hasn’t given specific power details, though it has said that “it will produce more than 500 horsepower – the most powerful naturally aspirated Ford production engine ever”.

Hooked up to the V8 engine is a lightweight six-speed manual transmission and a Ford-tuned Torsen limited-slip differential. Sitting at all four corners is a set of 19-inch alloy wheels using Michelin Pilot Sport tyres, with the wheels measuring 10.5-inches on the front and and 11-inches on the rear.

For the first-ever time on a Ford, the GT350 will use MagneRide dampers that aim to keep the car as balanced as possible;  the dampers are filled with a hydraulic fluid impregnated with iron particle to allow near-instant adjustments of the suspension when an electric current is passed through the fluid.

Step inside the cabin and you’re greeted with a set Recaro sports seats. Other notable interior features include a flat-bottomed steering wheel and upgraded chrome gauges that better represent the car’s performance capabilities. Buyers can also select the Tech Pack, which includes an eight-inch MyFord LCD touchscreen, power leather seats, and dual-zone electronic temperature control, just to name a few.

“The final product is essentially an all-new powerplant unique to GT350 – and one that takes true advantage of the new chassis dynamics of the Mustang platform.

“We took the best Ford Mustang yet and massaged every aspect of the car that affects the performance driving experience. We tested endlessly on the most challenging roads and tracks in the world, and we believe serious drivers will love the Shelby GT350 Mustang.”