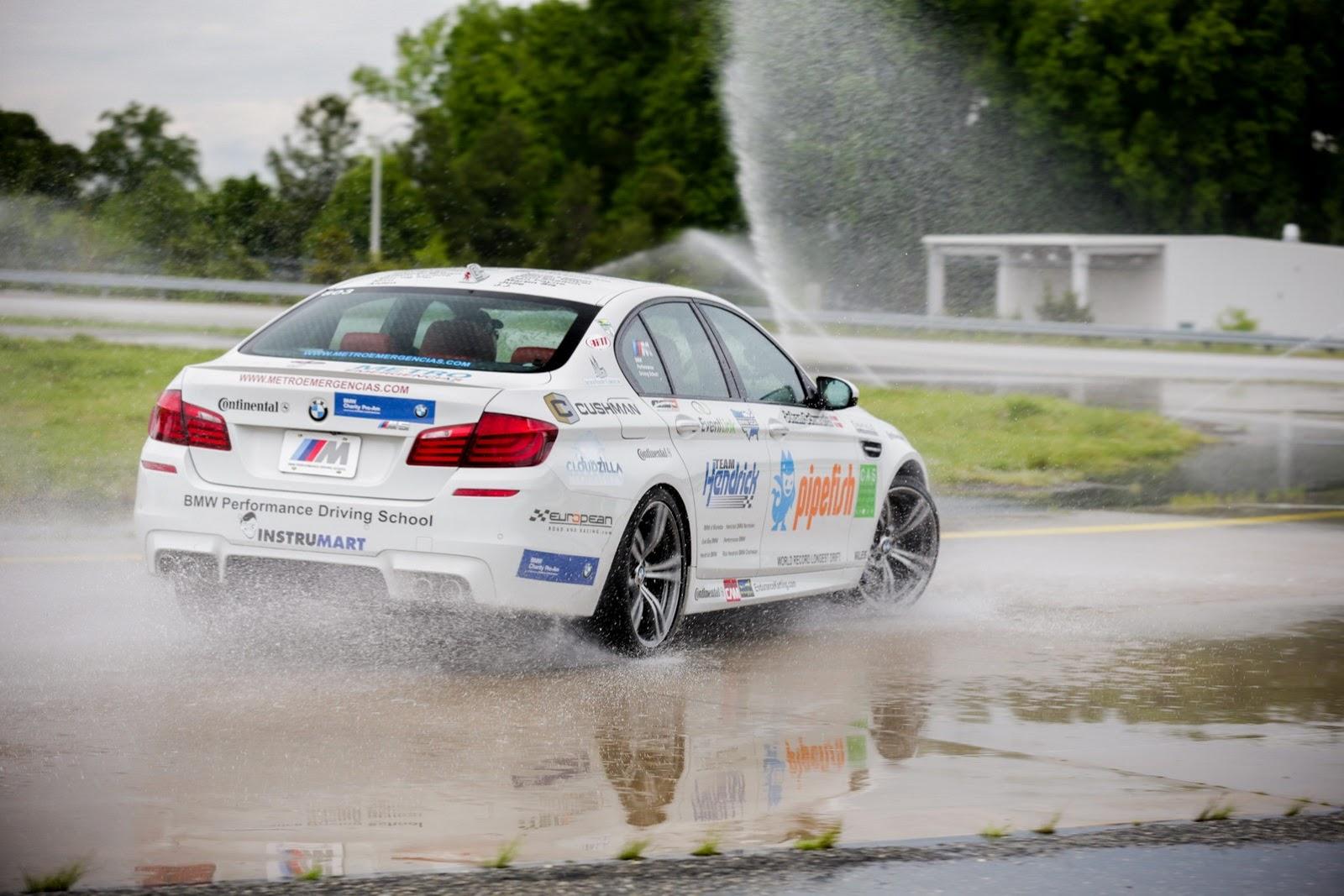 Can you image doing anything better for 82km? A BMW driving instructor in South Carolina, USA, has maintained a drift in a current model BMW M5 for a joyously record breaking 82.52km. 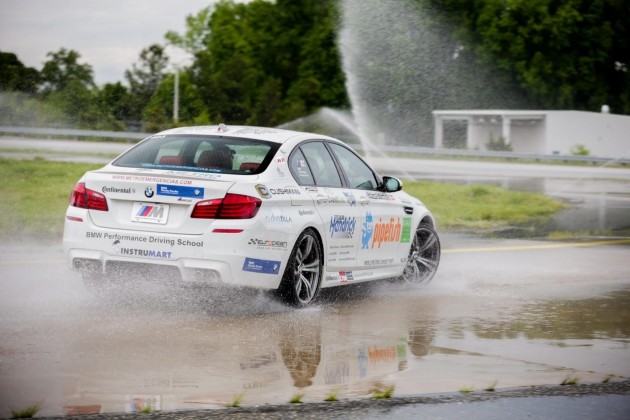 Drifting for this long could make you seriously dizzy, even so, it didn’t stop BMW Performance Center instructor Johan Schwartz from hanging sideways for 322.5 laps of a 256-metre wet skid pan.

The epic drift easily surpassed the previous record of 76.78km, which was achieved in Abu Dhabi earlier this year. In the process, over US$20,000 was raised for the BMW Charity Pro-Am.

BMW says the attempt was started on a fresh set of Continental ContiSport 255/30 front, and 295/30 rear tyres. Even in the wet, the tyres are likely to be more or less useless now.

We’re sure BMW would show us a video of the effort, however, we’re not sure if we would all stay in tune for the entire stint; 82km of drifting would take at least an hour.

Guinness World Records was on hand to assess the attempt, which will now be noted down in the official record books.

UPDATE: BMW has released a video overview of the stunt. See below.