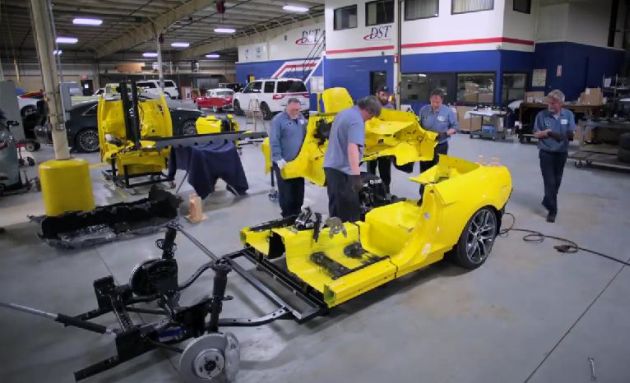 Ford decided the best way to celebrate 50 years of the Mustang was to send it to the top of the Empire State Building, much like they did when the car was launched back in 1964. This video shows the preparation involved in squeezing six pieces of Mustang into an elevator.

The 2015 Ford Mustang will officially go on sale in Australia next year. Buyers will have the choice of either a 227kW turbo EcoBoost four-cylinder, or a 313kW V8. Prices are yet to be announced.