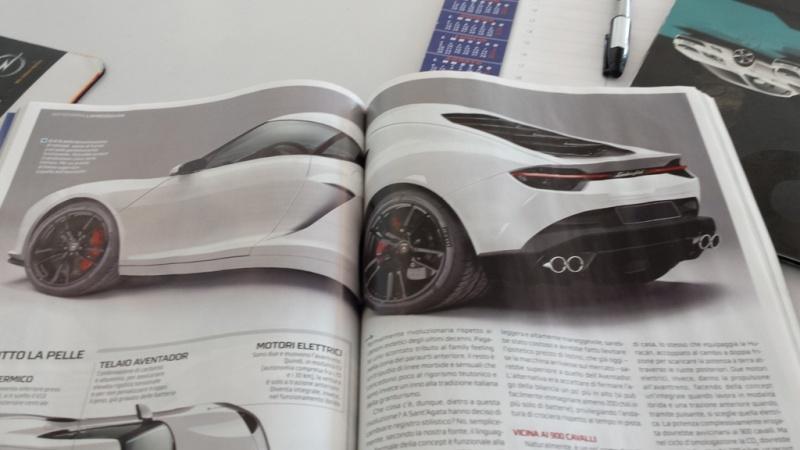 Some alleged images of the Lamborghini concept car, apparently called the Asterion, heading to the Paris Motor Show have surfaced online via magazine scans. Could this be the first look? 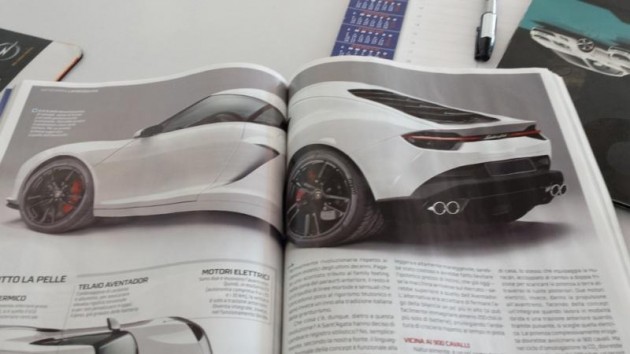 So far Lamborghini has only revealed a vague silhouette teaser shot of the new concept, depicting a sleek coupe with distinct cutaways in the rear guards. Other than that, it’s been impossible to tell what the car is exactly.

According to reports the new concept will be called the ‘Asterion’ and could preview an entry-level model of the future, sitting beneath the Huracan. These scans, taken from an Italian magazine, show what the concept could look like.

The scans show a completely bespoke body, not based on any other model in the company’s showroom. The back slopes down gradually from the roof, with a large rear vent suggesting a mid-engine layout.

Under the engine cover power is set to come from a new V10 hybrid system producing somewhere around 662kW (900hp). There’s talk of three electric motors being used, with all-wheel drive likely distributing all that power. Keep in mind, this is all speculation at this point.

Lamborghini is looking to expand its range, however, an SUV has been under a lot more discussion than a new coupe. Company executives are said to be discussing final evaluations on an SUV, and are yet to decide whether to give it the green light for production.

This concept, if these images turn out to be official, might preview a new ‘entry’ model coupe for further down the track, after the expected SUV arrives.

Either way, more information will be revealed at the Paris show which starts in a few days.

UPDATE: These image scans are not official – they are custom renderings.