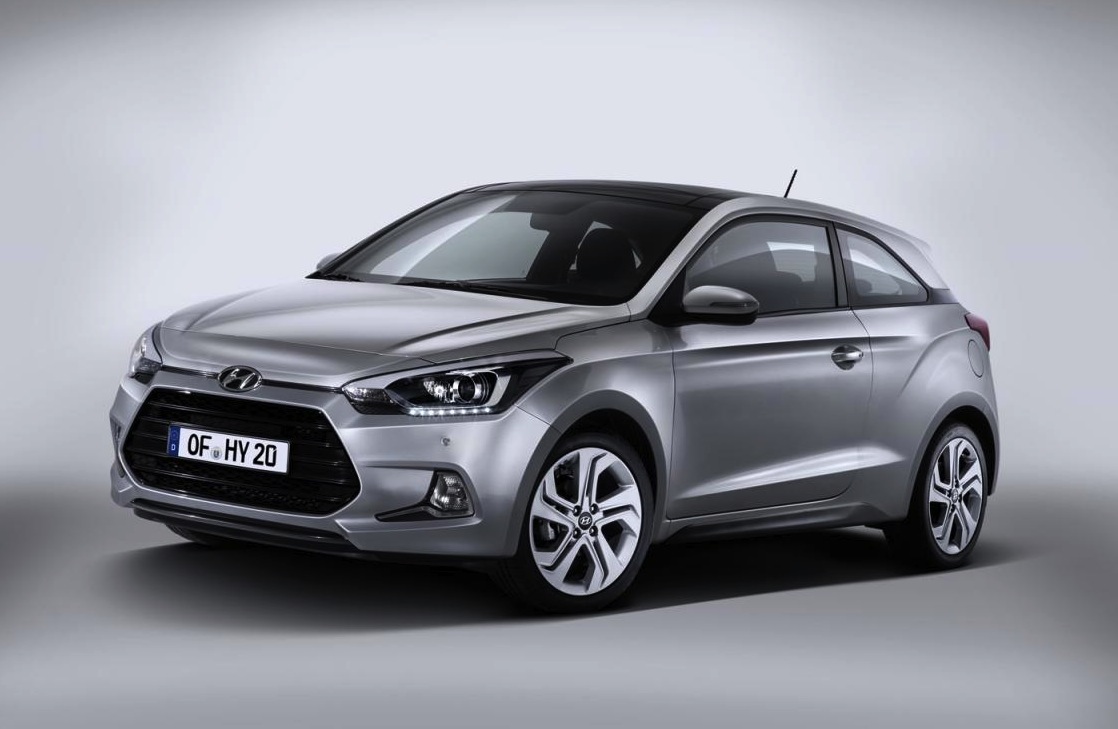 Hyundai has pulled the covers off the 2015 i20 Coupe, marking the first time the South Korean manufacturer has created a three-door car for the B-segment. 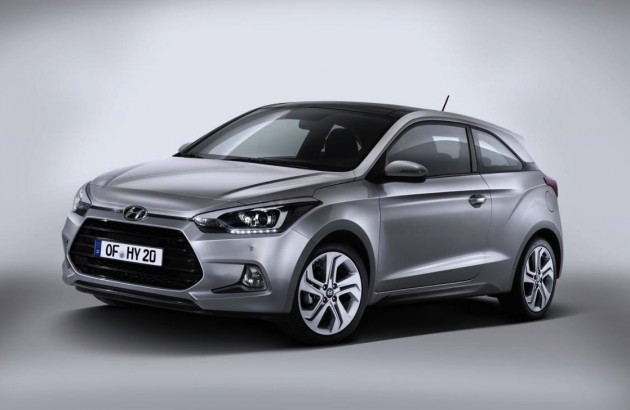 The new i20 Coupe sports “its own unique silhouette”, featuring raked A- and C-pillars that are different from the new generation five-door i20 model. The Coupe also sees a new reverse hexagonal front grille, pronounced front and rear wheel arches, new 17-inch alloy wheels, a new rear spoiler, a panoramic glass roof (likely to be standard on the top spec model), and the introduction of a new colour called Tangerine Orange, which also comes with a matching orange interior colour option (see interior in gallery).

The Coupe’s dimensions measure at 4045mm in length, 1730mm wide (excluding mirrors), 1449mm high, with a wheelbase of 2570mm, making it slightly more compact than the five-door model. And although the i20 Coupe might look compact, it features 336-litres of available boot space.

All new generation i20 models have been designed and engineered in Europe, with all cars to be produced out of Hyundai’s product plant in Izmit, Turkey. Following on from the international debut of the new i20 five-door back in October, the Hyundai i20 Coupe will launch in Europe early in the new year. There’s currently no word from Hyundai Australia whether the i20 Coupe will launch locally, or indeed the next-gen i20.