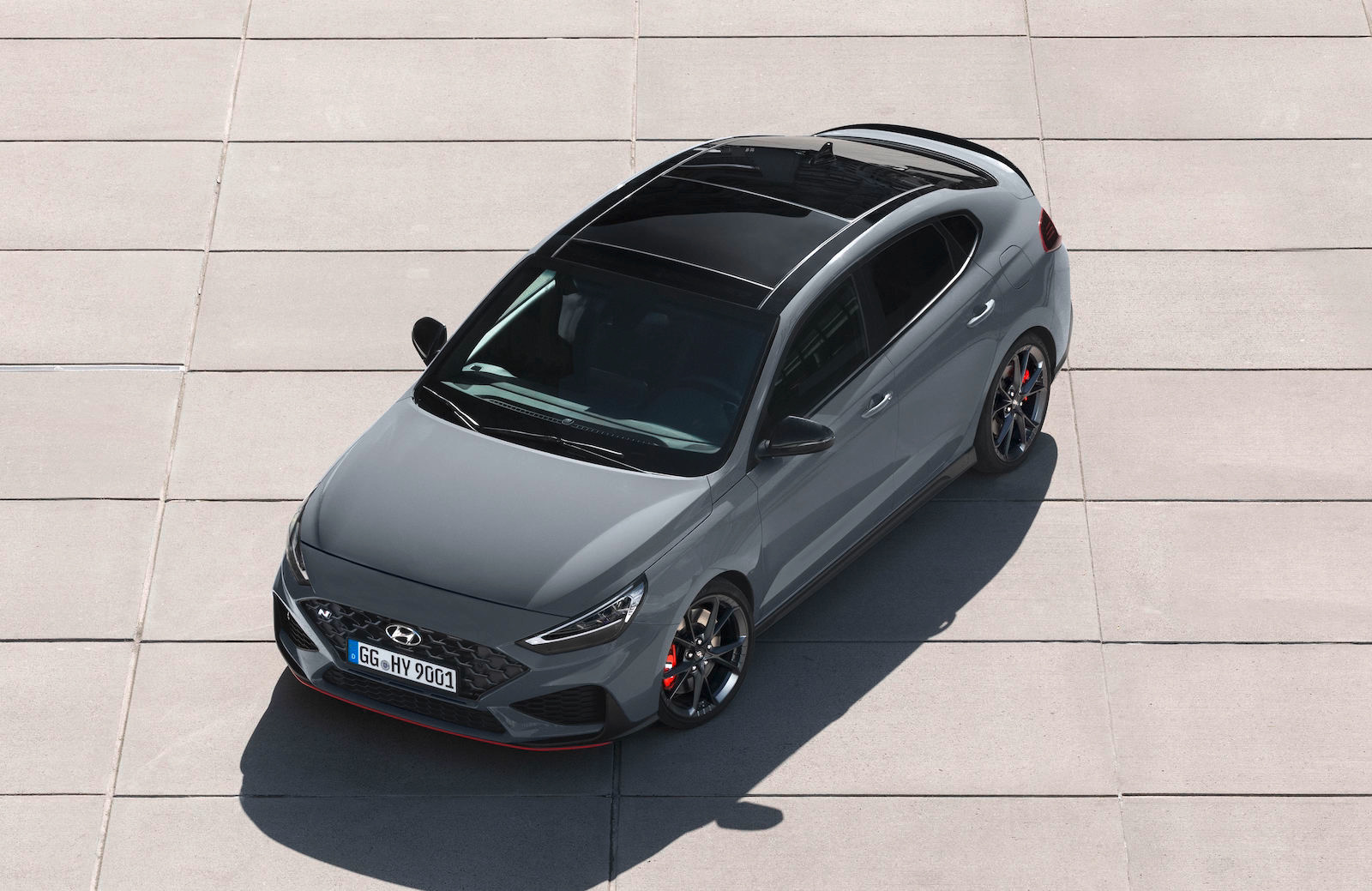 In preparation for the incoming 2021 Hyundai i30 N update, Hyundai Australia is introducing a limited edition version of the outgoing Fastback N to help send it off. 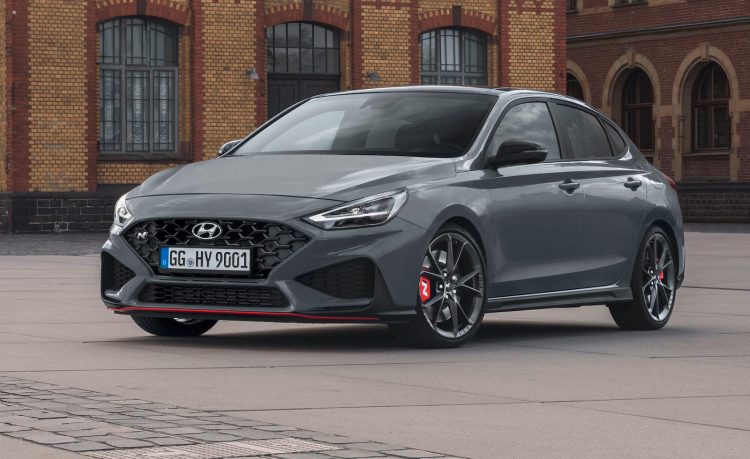 The limited edition is available with the company’s new eight-speed dual-clutch transmission, as well as a conventional six-speed manual. This is the first time the Fastback N is being offered with an automatic, opening up its market reach to a wider audience than ever before.

Just as interesting (and tempting) is the installation of the uprated turbo engine which was initially developed for the yet-to-arrive i30 N and i30 Sedan N. It produces 206kW and 392Nm, which is up by 4kW and 39Nm over the regular Fastback N. Hyundai claims 0-100km/h is completed in as little as 5.4 seconds.

The limited edition also showcases all of the fun-named functions of the new i30 N, including N Power Shift, N Track Sense Shift, N Corner Carving, and N Grin Shift. What do these systems do exactly? Stuff. Fun stuff. Such as overboost, flat-shifting, track driving recognition, and limited-slip differential power delivery. 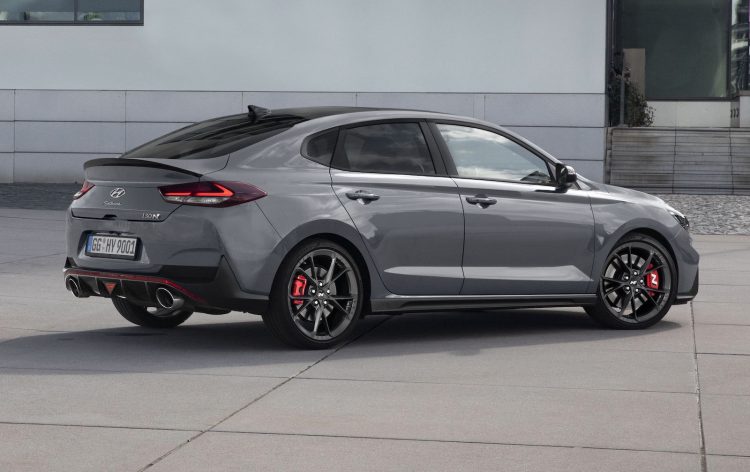 Unique 19-inch twin-five-spoke forged alloy wheels give it an exclusive look while also reducing unsprung mass by an impressive 14.4kg. The suspension is revised, with more width added to the front track, new springs, bushes, and damper tuning, all providing “greater comfort” and “more driver engagement” than before.

The brakes are upsized, with 360mm front discs fitted on (up from 345mm), and the traditional red-painted calipers providing a firm bite. Sticky Hyundai-specific Pirelli P Zero tyres ensure optimum grip and response, and the Electronically Controlled Suspension (ECS) has been calibrated in Australia for Australian conditions. 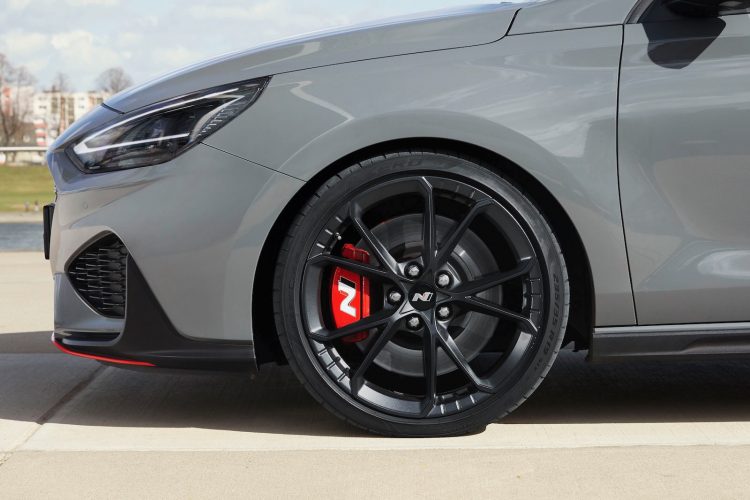 In other areas, the interior showcases Hyundai’s latest 10.25-inch touch-screen media interface, which is not currently offered in the i30 hatch or fastback in N form. It also gets the N Light sports seats (2.2kg lighter) which are usually optional. Hyundai Australia’s CEO, Jun Heo, said:

“We are delighted to introduce the i30 Fastback N Limited Edition for an exclusive number of lucky high performance customers. The Limited Edition builds on the i30 N’s renowned racetrack capability in an everyday sports car package, with enhanced performance and handling, and additional safety and convenience technologies.”

Hyundai Australia is offering just 500 examples of the limited edition model, with prices starting from the following (excluding on-road costs). We’ll remind those who miss out that the new i30 N and i30 Sedan N are set to launch in Australia during the third and fourth quarters of this year, respectively. 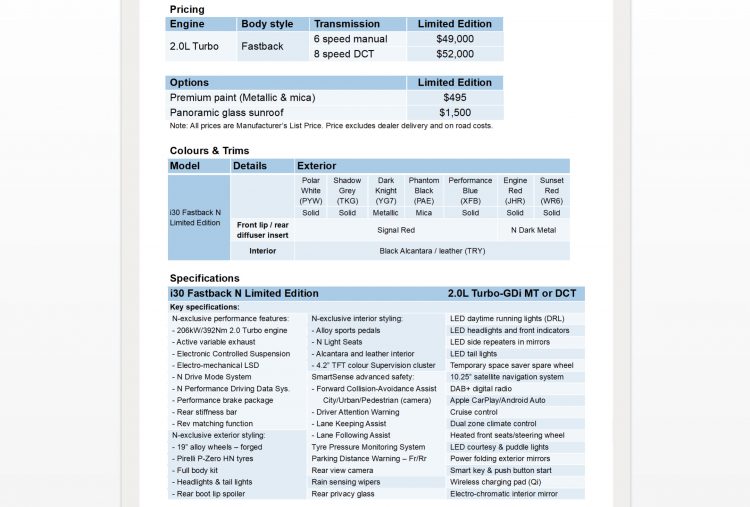