Normally when a Ferrari or any Italian sports car of high caliber is involved in a crash, we all mourn over the death of the beautiful creation. Not so with this Ferrari Dino, which, after being involved in a serious accident, has been put on display as a work of art. 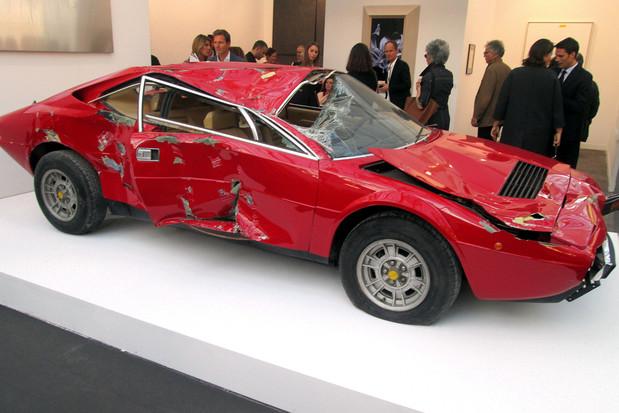 The model has obviously been in some sort of big crash in the past, probably rolled at least once judging by the highly damaged A-pillars and crushed in roof.

Even though the Ferrari Dino is often regarded as the baby Ferrari, and therefor the cheapest model produced, a Ferrari is still a Ferrari; it’s an emotional sight seeing one all crushed up.

It’s so moving in fact, an enthusiast – art and/or Ferrari – decided to purchase this sculpture for a eye-opening US$250,000. The price is quite a lot more than your average good condition and fully functioning Dino. Only in art.