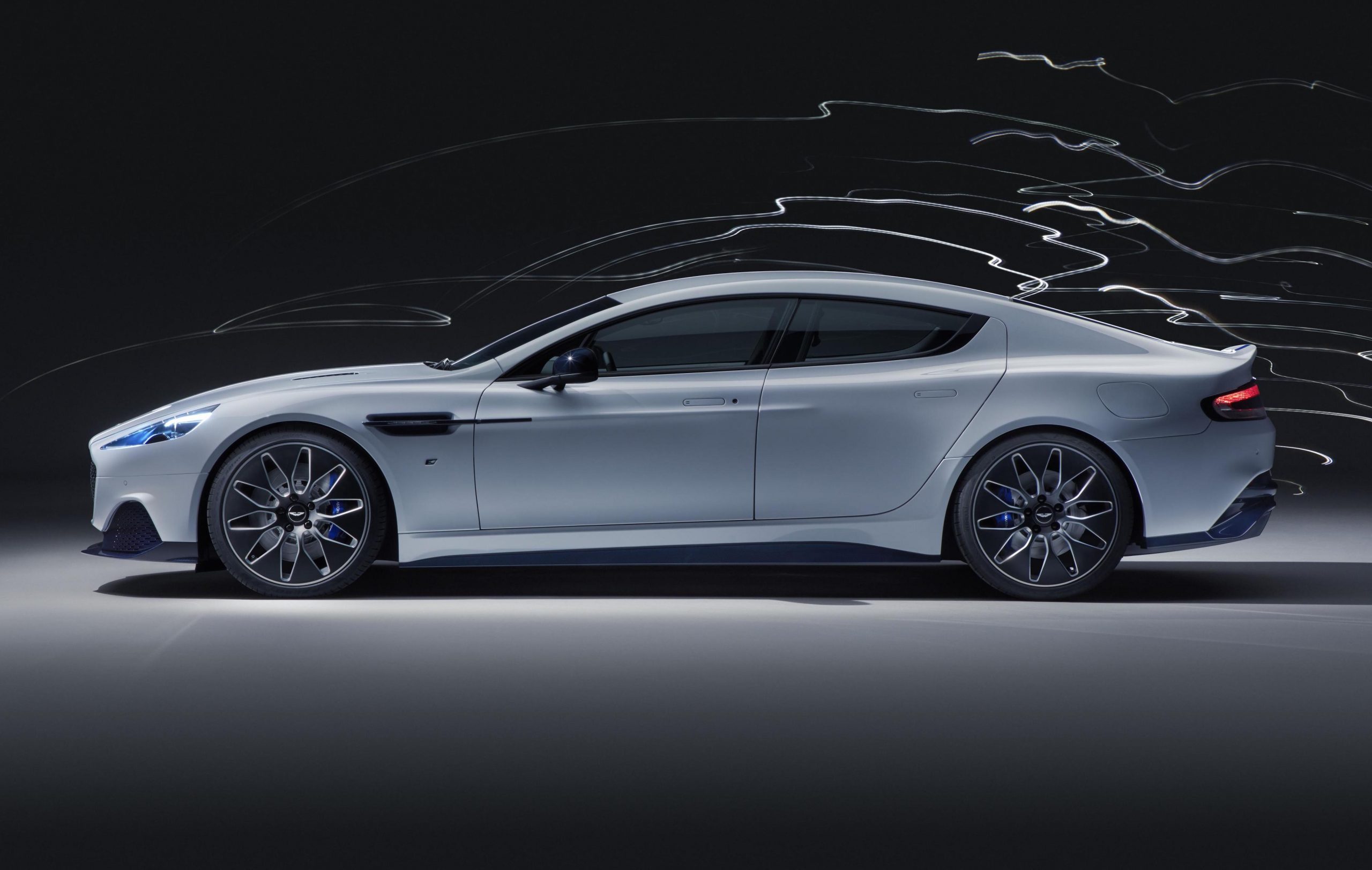 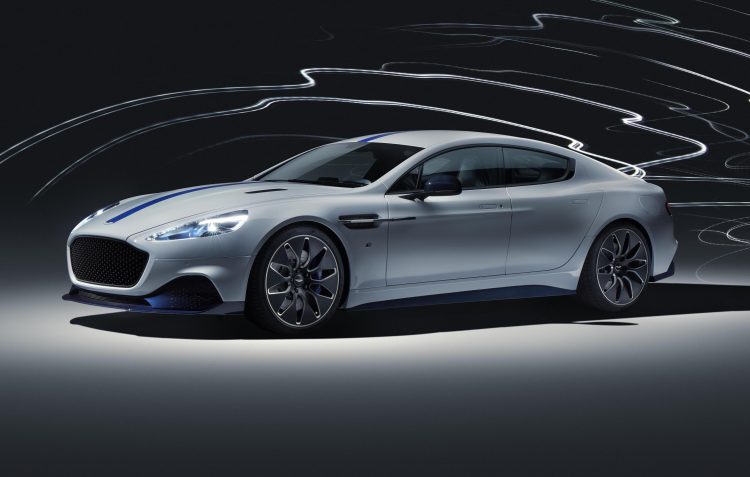 Obviously it is based on the Rapide, however, almost everything under the skin is bespoke for the electric version. There are some clues built into the exterior design though, such as the front grille which incorporates a unique honeycomb-style arrangement compared with the regular metal slats.

There’s also a redesigned underbody to help with aerodynamics, streaming air straight through from the front splitter to the new, larger diffuser element at the back. Obviously being an electric vehicle there is no exhaust system which would otherwise tangle the airflow. A set of forged aluminium wheels with unique low rolling resistance Pirelli P-Zero tyres complete the look. 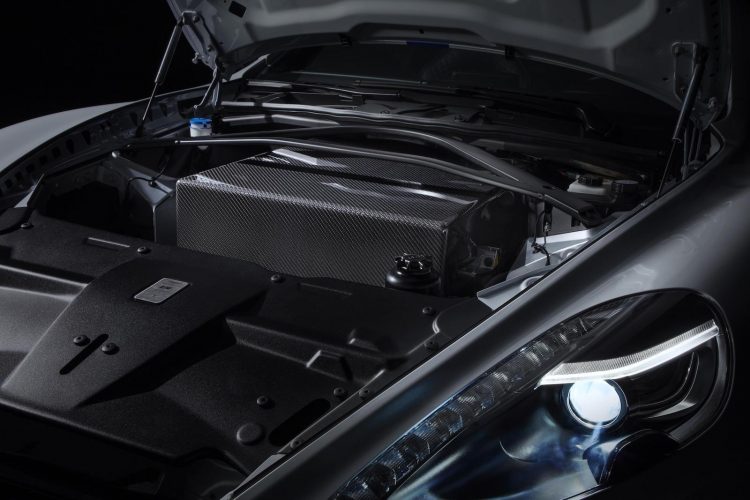 So, what about that powertrain? Well, it starts with an 800-volt electric system which is housed within a carbon fibre and Kevlar module. The lithium-ion battery system offers a capacity of 65kWh, and is installed under the bonnet where the traditional V12 sits in the regular Rapide. Some of the battery system is also placed where the gearbox and fuel tank usually sit.

From there, the energy is sent to two electric motors at the rear axle, providing rear-wheel drive. These combine to offer an output of just over 449kW (610PS) and 950Nm. What does this mean? Acceleration across the 0-60mph sprint (97km/h) takes under 4.0 seconds, with a top speed of 250km/h. All of that power is put to good use via a limited-slip differential. 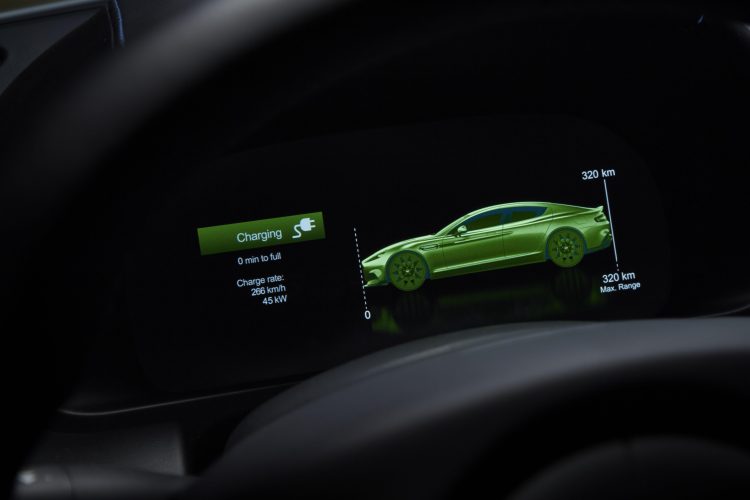 Aston Martin is planning to offer just 155 units of the Rapide E to the market, with all examples to be produced at the company’s new St Athan facility in Wales – this is where the upcoming DBX SUV will be manufactured as well. Orders are being taken now, with prices available on application.