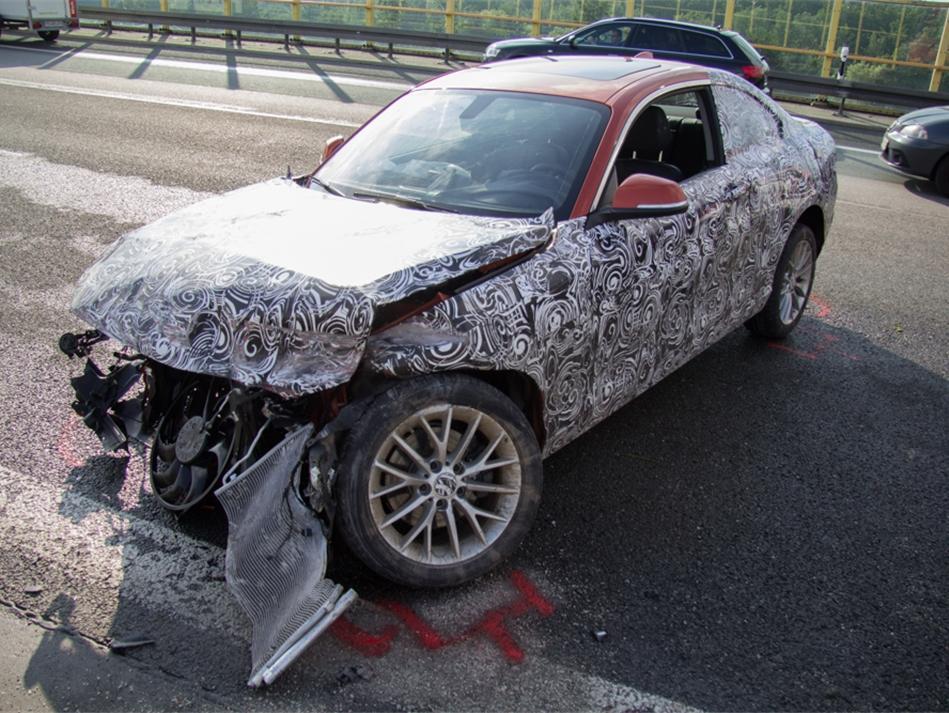 A BMW 2 Series prototype has been involved in a nasty crash while the test driver was road testing on one of Germany’s high speed autobahns. Fortunately, the driver suffered only minor injuries. 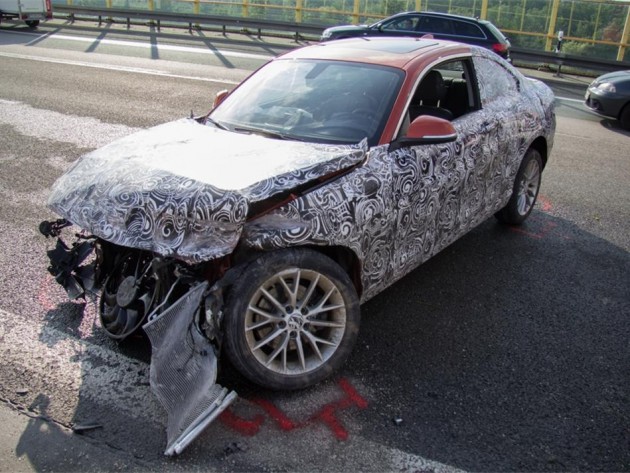 The autobahns in Germany can be very dangerous, with much of them featuring no specific speed limit and only an advisory speed of 130km/h.

This unfortunate accident occurred over the weekend in one of the high speed areas. It’s understood the driver was conducting high speed tests when he/she lost control and clipped the side barrier, smashing up the front end .

According to reports, the 2 Series then slid 150 metres down the road before coming to a rest without its right-side front wheel. Shrapnel from the impact apparently showered other vehicles, though, nobody else was injured.

The specific variant of the prototype is unknown. Some suggest it is the ‘235i’, which would be the top-spec model, however, judging by the relatively small alloy wheels, it may be a ’22oi’ or ‘228i’, or even a turbo-diesel variant.

The production version is expected to debut some time later this year.