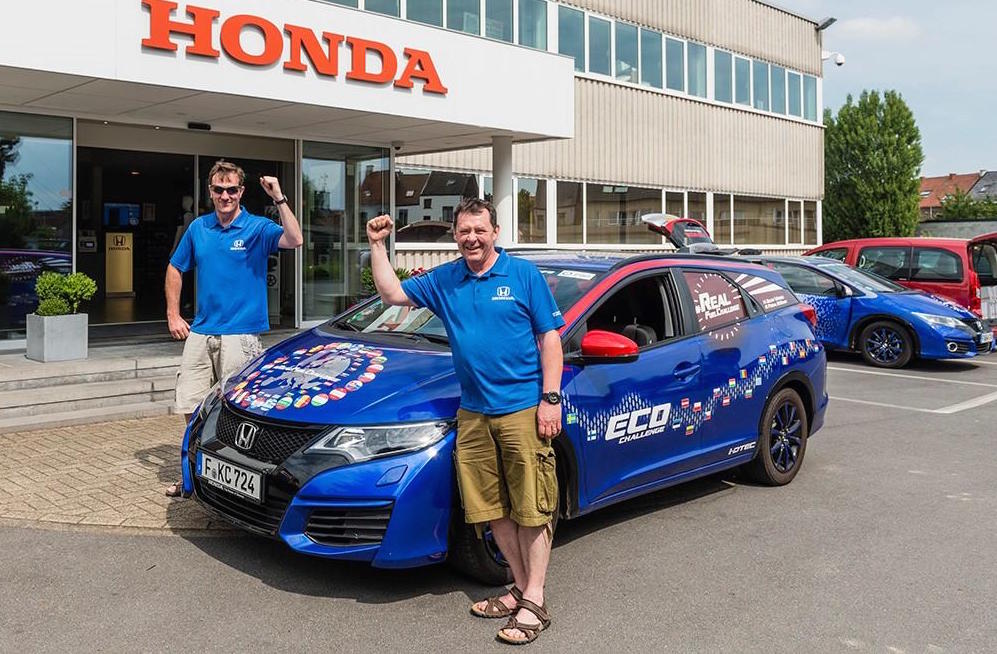 A Honda Civic Tourer wagon has set the Guinness world record for fuel efficiency, covering an epic 13,498km and returning an average consumption of just 2.82L/100km. 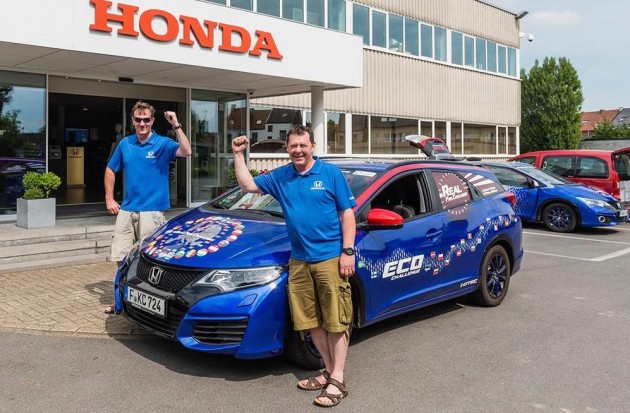 Who needs a hybrid when combustion engines can achieve figures like this? The Civic in question was equipped with a 1.6-litre i-DTEC turbo-diesel engine producing 88kW of power and 300Nm of torque. It can cover 0-100km/h in a reasonable 10.1 seconds.

Behind the wheel for the huge journey, starting and finishing in Aalst in Belgium, was Fergel McGrath and Julian Warren. These guys are on Honda Europe’s research and development team. Speaking about the journey, McGrath said,

“It was tough, but we really enjoyed it, and setting this new GUINNESS WORLD RECORDS title has made all of the hard work worthwhile. After spending so much time behind the wheel Julian and I are just happy to be back behind our desks for a while!”

During the course of the journey the Civic managed to achieve 1500km from a single tank of diesel, on average. And this was achieved with the drivers who are described as amateurs using simple but effective driving techniques. The drivers also stayed with the law while also keeping up with traffic conditions.

It took the team 25 days to complete the journey, which was equivalent to driving from the UK all the way to Australia, stopping nine times for fuel. The official Guinness record title is ‘Lowest fuel consumption – all 24 contiguous EU countries (all cars)’.