Pictures of the 2014 Chevrolet Corvette Stingray convertible have been revealed, just a day before its public unveiling at the 2013 Geneva Motor Show. The drop-top comes just over a month after the C7 Stingray coupe was unveiled 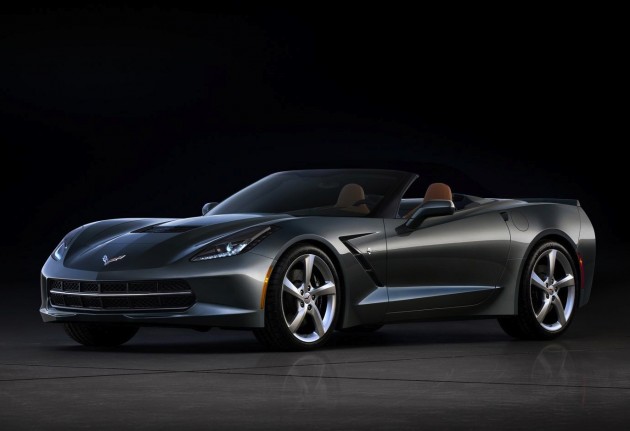 Although full details of the convertible haven’t been officially released yet, it’s pretty safe to assume it will use the same 335kW/610Nm LT1 6.2-litre V8 coupled with GM’s first ever seven-speed manual transmission that’s featured in the C7 Stingray Coupe, revealed in January.

From what we can see, the convertible version retains the aggressive stance and look of the Stingray Coupe. We expect kerb weight for the convertible variant will slightly increase over the coupe version.

As previously reported, the 2014 Stingray features an underbody made from ‘carbon-nano’ panels, aimed at keeping weight to a minimum yet retaining maximum rigidity. The convertible is expected to offer a similarly rigid platform perfect for enthusiastic driving. 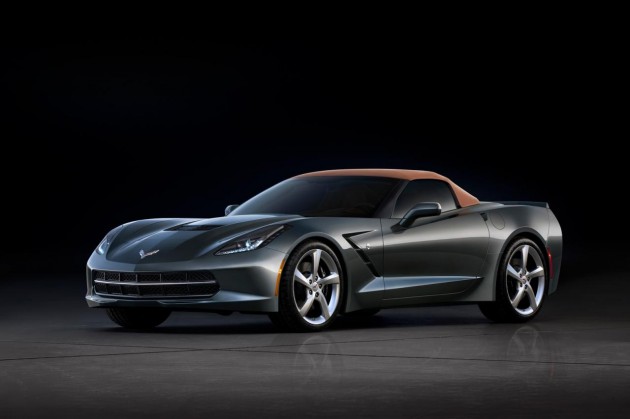 Full details will be revealed in a matter of days. Stay tuned for plenty more updates on Geneva throughout the week.