A special Maserati GranCabrio Fendi edition designed by Silvia Venturini Fendi has been unveiled and will make its official public debut at the 2011 IAA Frankfurt Motor Show in Germany next month. 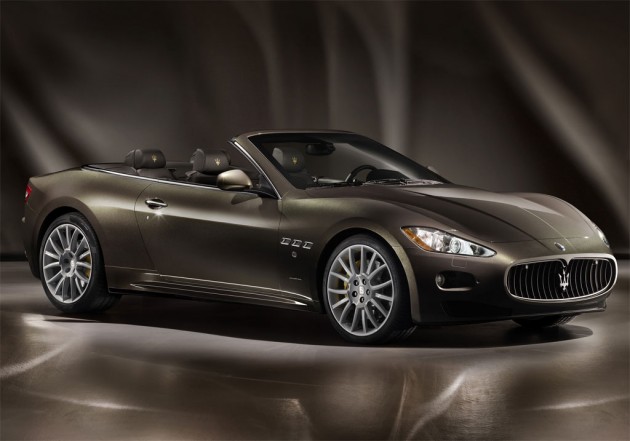 The special edition will feature trim and colours in tune with Silvia Venturini Fendi’s philosophy. While it won’t be to everyone’s taste, it’ll certainly draw attention. The dark metallic colour of the Maserati GranCabrio is called ‘Grigio Fiamma Fendi’, featuring an iridescent golden finish. 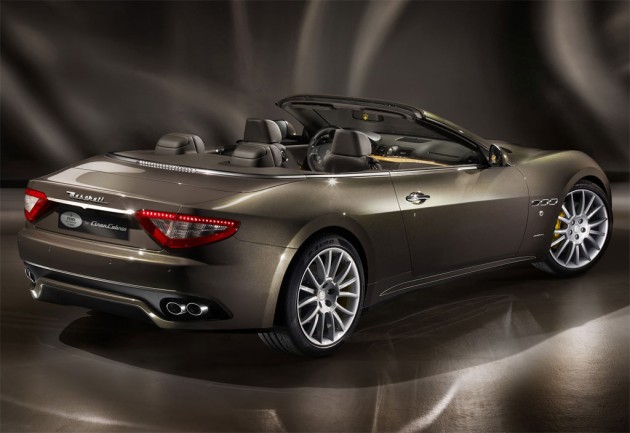 The special Maserati GranCabrio Fendi edition also features an exquisitely luxurious wood trim called Pergamena Fendi, while seats show off a double F-logo, which can also be found in the centre of the 20-inch Trident alloy wheels. 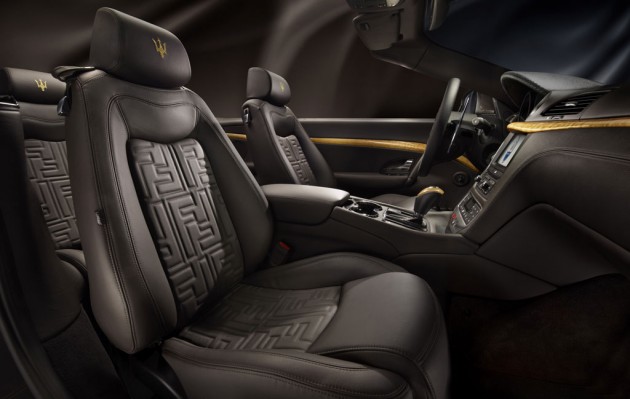 The rest of interior of the Italian-bred Maserati GranCarbio Fendi is filled with a bespoke leather package – Cuoio Romano leather in fact – said to be Fendi’s most prized cowhide.

Under the bonnet sits the original all-alloy 4.7-litre V8 pumping out 331kW of power and 510Nm of torque. The Ferrari-derived engine is matched up to a MC Auto Shift version of a ZF six-speed automatic transmission. Top speed is rated at 285km/h.

As for the price of the special Maserati GranCabrio Fendi edition? It hasn’t been mentioned yet, but we’d suggest there would be a fair markup on the original list price for this level of exclusivity.

The normal 2012 Maserati GranCabrio will go on sale in Australia during the start of 2012. Prices for the standard version will be announced upon its release.

Tell us, what do you think of this Fendi edition?