Earlier this month it was reported that Ford is considering producing a Ford Fiesta RS instead of a new Ford Focus RS. Some more details have emerged on the potential Focus route. 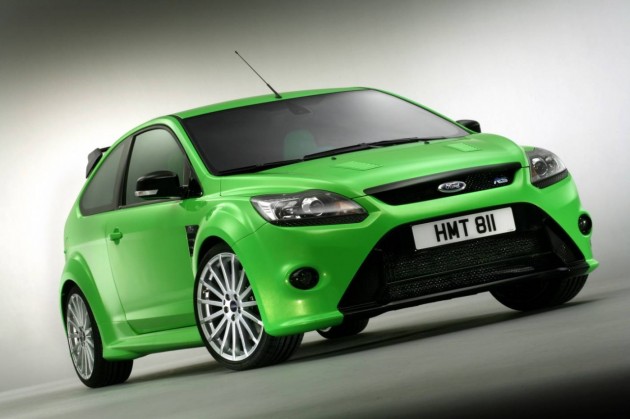 At the recent launch event of the 2012 Ford Focus ST (2013 model in Australia), Ford’s chief engineer of the ST Matthias Ton revealed some new insights on a possible RS. He said that if production of a new version gets under way it is more than likely to include the development of a 2.3-litre EcoBoost engine.

Ton confirmed to Auto Express recently that the 2.0-litre EcoBoost in ST is already near its limitations in terms of horsepower. So, in order to facilitate some 250kW that is expected of a new RS, a 2.3-litre EcoBoost would be the likely choice.

A 2.3-litre EcoBoost four-cylinder is currently under development in the US. The engine is set to power entry-level Mustangs further down the track. The Focus RS could receive a tuned version of that.

Like the previous model, the new Ford Focus RS – if it does get the go ahead – is likely to retain a front-wheel drive layout. Ford has previously said that it could develop an all-wheel drive system, but says going that way would be too expensive.

We’ll keep you updated with more and more details as they slowly emerge.