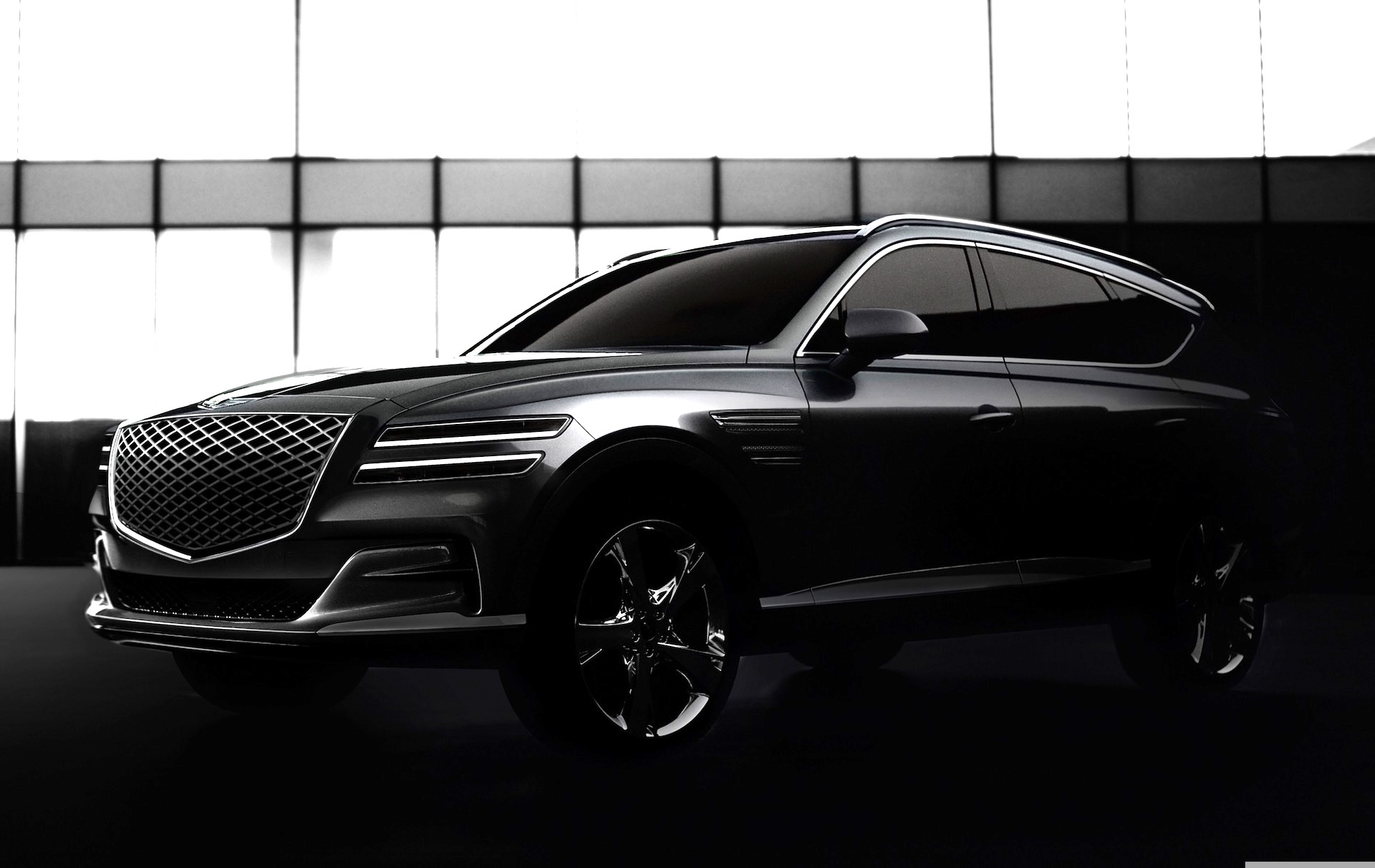 Genesis has unveiled images of its first-ever SUV, the Genesis GV80, ahead of its overseas market arrival later this year. An Australian debut has also been confirmed for 2021. 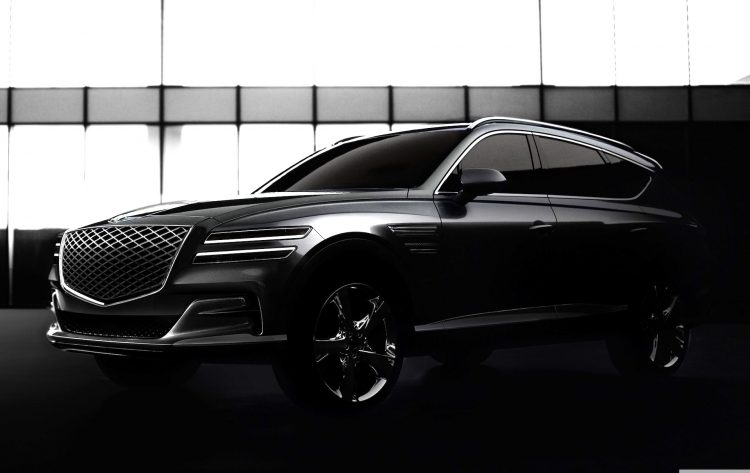 The Genesis GV80 (name derived from G80 with ‘versatility’), is not only the Hyundai-owned brand’s first SUV, it’ll also debut a fresh rear-drive-based platform – buyers will be offered all-wheel drive as an option. Full details are yet to be uncovered but these images give us a first glimpse at another first; a fresh design language for the brand.

At the front you can see the new-look quad-lamp headlights and double bar daytime running lights, with a more pronounced crest grille. A parabolic line directs the panel contours down to the powerful and sturdy rear end theme. Speaking about the design, Luc Donckerwolke, executive vice president and chief design officer at Hyundai Motor Group, said:

“GV80 allows us to expand our definition of Athletic Elegance design language to a new typology, while retaining sublime proportionality and sophistication of form.” 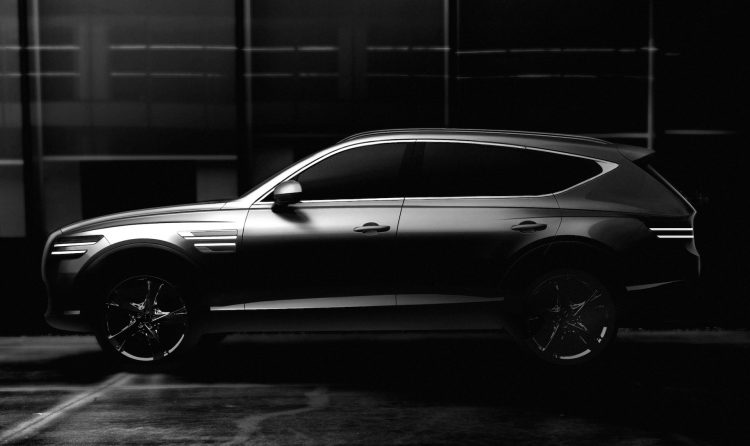 Taking a look inside, it seems Genesis has made some big, progressive steps to its decor and cabin theme. The company says the GV80 interior focuses on “the beauty of open space”, with minimalist details for that clean and clutter-free feel. There’s also high-mounded control surfaces, wide climate vents to express a sense of width, and a new wide-screen media interface for the dash with what looks to be a hand controller on the console. 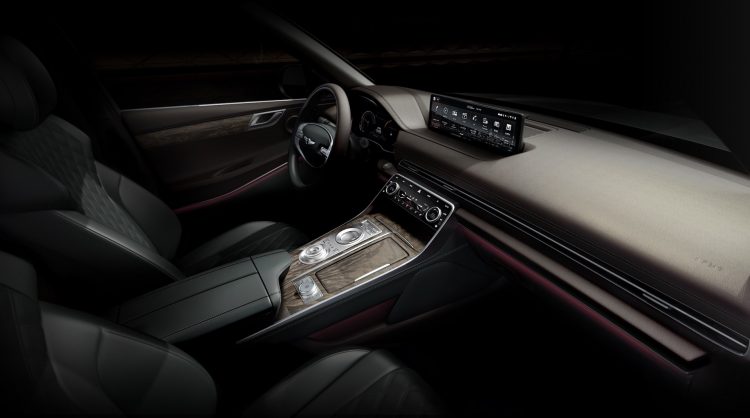 The GV80 will come at the perfect time for the brand, as more and more car buyers move to SUVs. However, it will have to fend off some of the well-established favourites, such as the BMW X5 and Mercedes-Benz GLE. Speaking about the model, William Lee, executive vice president and global head of the Genesis Brand, said:

“Over the last four years, Genesis has established itself as a respected luxury brand with superior vehicle quality and a line-up of class-leading sedans with charismatic and discriminating style. With the launch of GV80, Genesis will elevate expectations for excellence within the luxury SUV market.”

Genesis says it will announce some of the more specific details and specs on the GV80 in the coming weeks. As mentioned, the GV80 has been locked in for Australia and will go on sale here in 2021. It will first arrive on the South Korean market later this month.