German niche sports car manufacturer Wiesmann is planning on unveiling a new lightweight ‘club sport – CS’ version of the already mosquito-like MF4-S at the upcoming Geneva Motor Show next month. The new version is set to be one of the quickest vehicles the company has ever made. 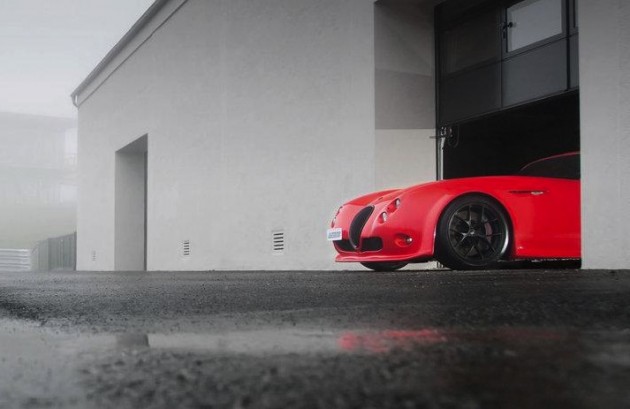 Those who know Wiesmann and know the sorts of cars the company creates will know this ‘club sport’ version will be one serious machine. When it comes to lightweight, nimble and very focused roadsters and coupes, Wiesmann usually delivers in spades.

The regular MF4 features a 4.0-litre naturally aspirated V8 engine borrowed from the current BMW M3. This ‘CS’ version is expected to be stripped back to some degree with some possible weight shedding from the 1370kg non-CS version. This will of course provide an even better power-to-weight ratio.

Matched up to either a six-speed manual or seven-speed dual-clutch auto, the MF4-CS is likely to cover 0-100km/h in well under 4.0 seconds. Wiesmann recently spoke about the new model, saying,

“Thanks to an uncompromising approach to weight reduction and pure performance-oriented racing elements, it offers unprecedented opportunities for achieving the best times on racetracks around the world.”

Just 25 units of the CS will hit production. All details will be revealed in just a couple of weeks when the Geneva show starts on March 5.