The freshly modified Gemballa McLaren MP4-12C, or Gemballa GT as the company calls it, has just been unveiled at the 2012 Geneva Motor Show. Unfortunately, there’s no huge engine power increase in sight… yet. 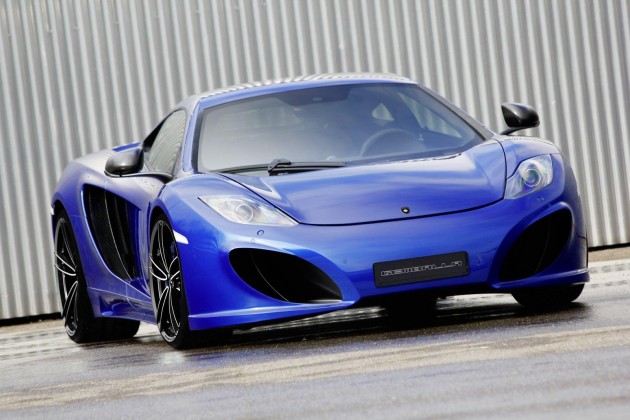 Instead, Gemballa chose to give the MP4-12C a bit of a unique touch by dressing up the exterior and interior. The German company fits its own bespoke GT bodykit including a sharper, more aggressive front bumper bar, side skirts, and a new rear bumper bar with side vents, as well as a new rear wing.

Matching the dressier body are a set of Gemballa dark-coloured forged alloy wheels, featuring white-highlighted spokes. They measure 20 inches on the front and 21 inches on the rear. Inside is tastefully re-trimmed in quilted white leather, with a revised sports steering wheel.

Gemballa CEO, Andreas Schwarz recently said, “Our starting point is a aerodynamic styling kit and ultra-light forged alloy wheels, and we are developing an engine upgrade programme as well.”

We can’t wait to see a boosted version of the engine in the near future.