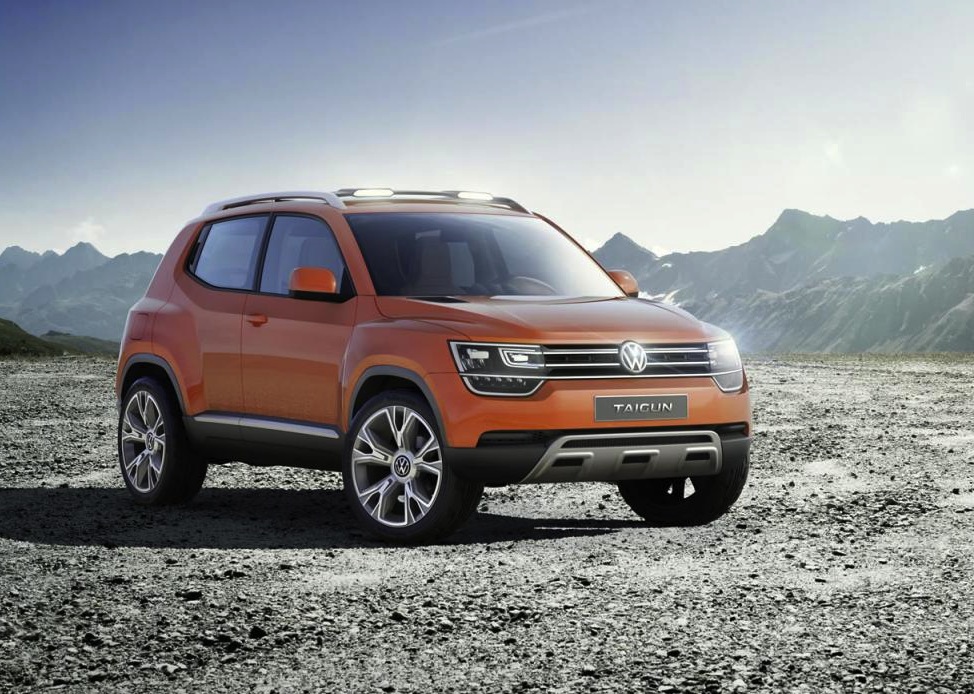 Volkswagen has unveiled an updated version of the cute little Taigun compact SUV concept at the Auto Expo in India. It now features a tailgate-mounted spare wheel and an updated rear end. 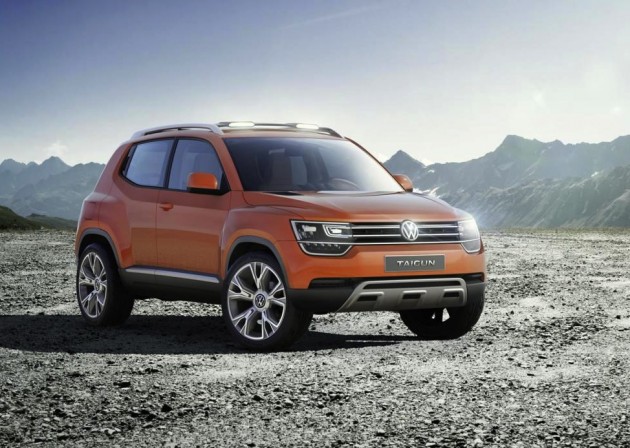 The Taigun concept was created to preview a possible production vehicle for the future. More and more carmakers are bringing out ultra-compact SUVs, and Volkswagen is tipped to follow suit in the next couple of years. As an example, Fiat is planning a ‘500X’ off-roader based on the 500 and Audi is planning a Q1 based on the A1 hatch.

Highlights for the Taigun include an overall length of just 3859mm with a wheelbase of 2470mm. With short front and rear overhangs, the layout provides enough cabin space for five and a 280-litre boot. 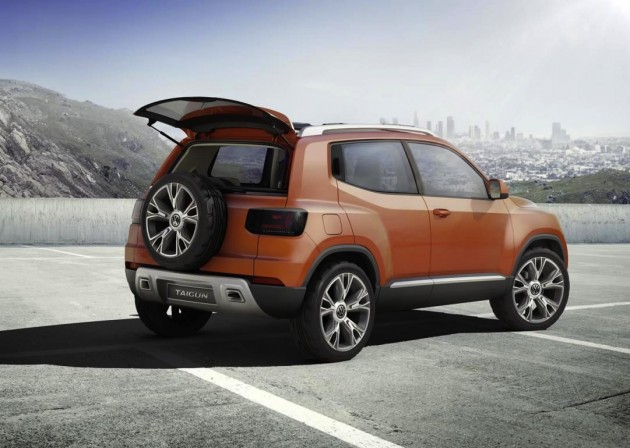 In the engine bay sits a 1.0-litre turbocharged three-cylinder engine producing 81kW of power and 175Nm of torque. It’s capable of propelling the little all-terrain beast from 0-100km/h in 9.2 seconds, and it consumes an average of 4.7L/100km.

Volkswagen is using the new concept and the Auto Expo in New Delhi to gauge the public’s reaction before it considers hitting the final green light on a production version.