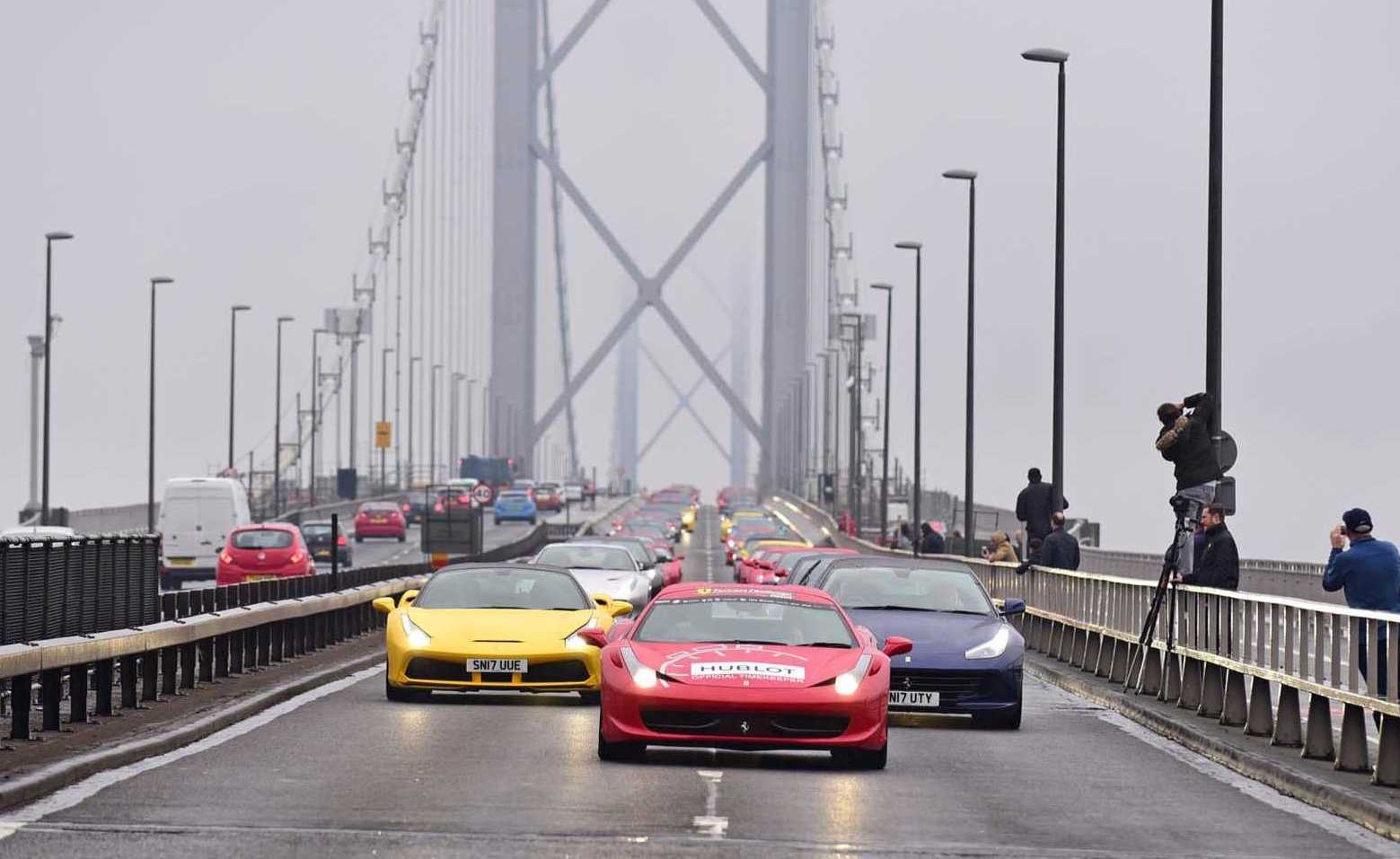 Ferrari Owners Club GB is celebrating its 50th anniversary this year, and to mark the occasion, a special parade was gathered to tour across Forth Road Bridge in Scotland as part of a tour. 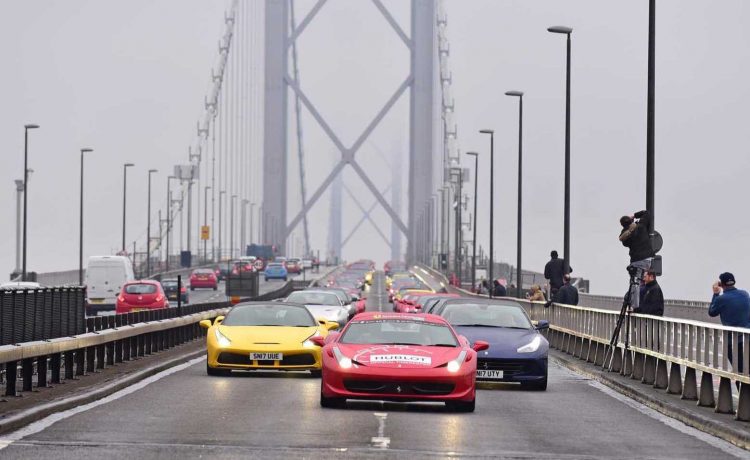 A spectacle of around 75 Ferraris crossed the bridge, which was closed by the local council just for the event from 08:00-08:11 in the morning. Some of the cars in the parade included classics like a 330 GT and 246 Dino, as well as some modern icons including a LaFerrari and F12tdf.

Ferrari Owners Club of GB is one of the oldest Ferrari owners clubs in the world, and now has over 2750 members. Crossing the bridge is just one of many regional events that will take place over the next few months.

Conveniently, the celebrations coincide with Ferrari’s own 70th anniversary this year and the ongoing tour that is making its way around the world. The 70th anniversary tour makes its way through UK from June to September.

A LaFerrari Aperta special edition, one of many special editions designed for the 70th birthday, will be part of the tour and make its headline presence at the Goodwood Festival of Speed from June 29.