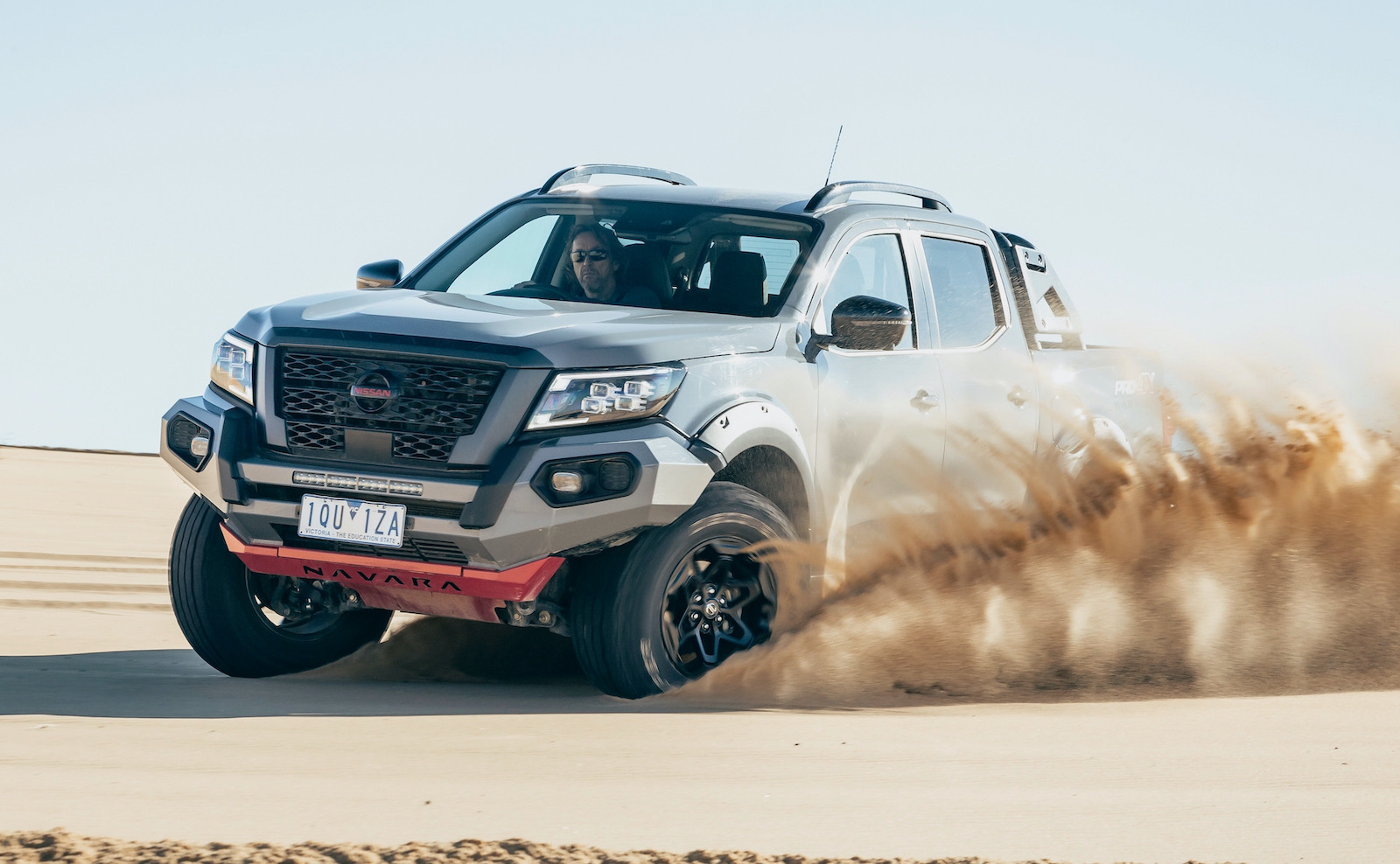 Sure to be a hit with hardcore off-road fans, Nissan Australia has unveiled the new 2022 Navara Pro-4X Warrior, which is a locally re-engineered and enhanced model by Premcar, backed as an official model by Nissan Australia. 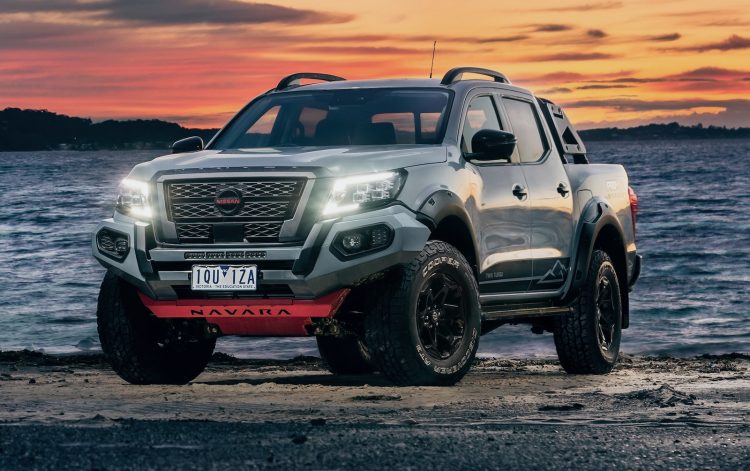 The special variant is a successor to the previous N-TREK Warrior, only this time it is based on the new Navara Pro-4X. Firstly, Premcar has given the exterior an overhaul, applying an integrated bull bar and light bar offering winch compatibility, a red 3mm thick steel bash plate on the underside, black trimmings, and a set of black 17-inch alloy wheels.

Helping with off-road readiness, those wheels are wrapped in 275/70 Cooper Discoverer All Terrain AT3 tyres, while the ute’s track is widened from 1570mm to 1600mm. Ground clearance is raised thanks to revised suspension (and the bigger tyres), with new spring and damper rates promising a more compliant ride and better handling on and off the road.

The ground clearance grows from 220mm to 260mm, while the approach angle goes up from 32 to 36 degrees, but the departure angle is slightly worse than the standard Pro-4X, dropping from 19.8 to 19 degrees. 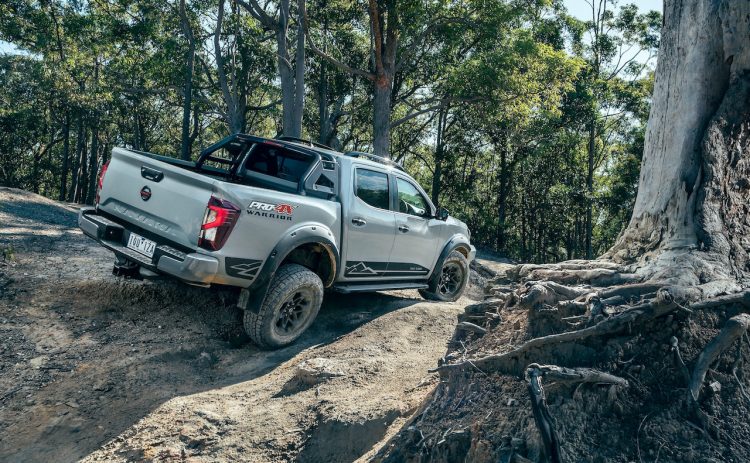 Nissan says the new Warrior offers an increased gross vehicle mass (GVM), by 100kg, now at 3250kg, translating to a payload of 961kg for the manual and 952kg for the automatic. The new model has of course undergone extensive testing by Premcar both on and off the road to ensure it meets Nissan and customer demands. Speaking about the model, Premcar engineering director, Bernie Quinn, said:

“This needed to be a vehicle that customers will enjoy on and off the road, delivering comfort and capability no matter the conditions, all while expanding the robustness of the Navara, and enhancing its go-anywhere toughness. The result is a Warrior that’s tougher, safer and smarter, but no less practical and capable.”

All of the convenience and features of the Pro-4X carry over, including the company’s latest 8.0-inch touch-screen inside with Android Auto and Apple CarPlay, a 7.0-inch semi-digital instrument cluster, and Nissan’s safety suite with autonomous emergency braking and rear cross-traffic alert.

The 2.3-litre twin-turbo four-cylinder diesel continues on, developing 140kW and 450Nm. Buyers will be able to elect a manual or automatic transmission, and both offer a braked towing capacity of 3500kg, like the regular Navara.

Prices for the new variant are yet to be confirmed but it will go on sale later this year, covered by Nissan’s factory five-year warranty. 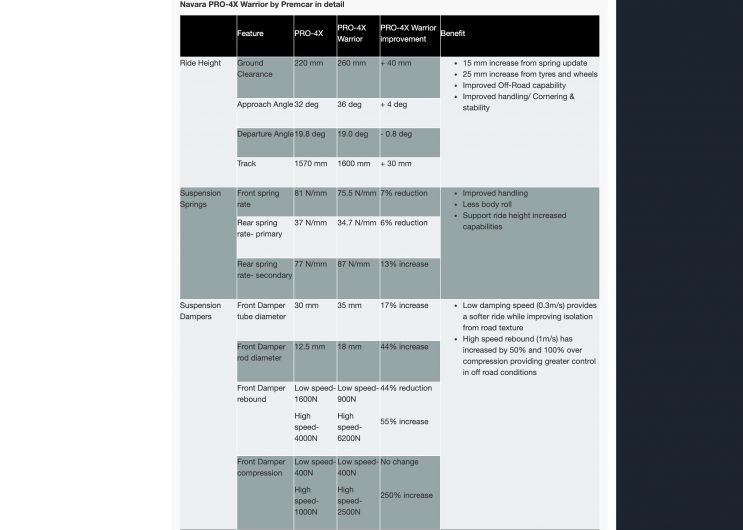 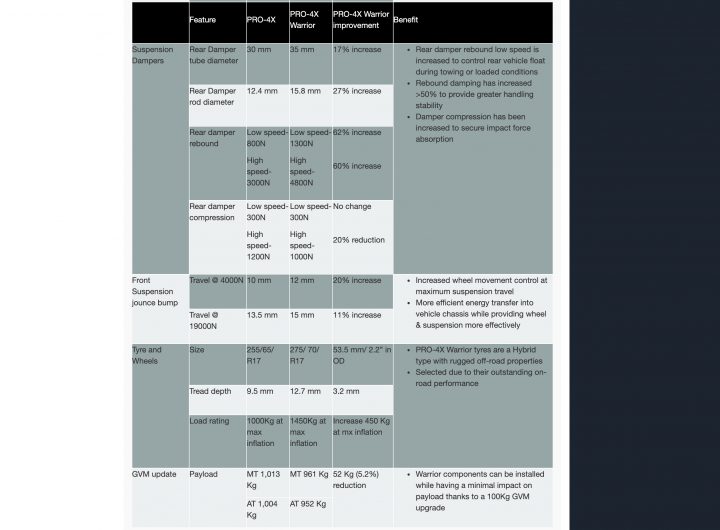